The National Institute on Alcohol Abuse and Alcoholism (NIAAA) reports that there are about 17 million people in the US, ages 18 and older, who have an alcohol use disorder; about 7 percent of people who responded to the 2015 National Survey on Drug Use and Health (NSDUH) reported heavy drinking, meaning more than 10 drinks per week on average; and 26.9 percent of people responding to the NSDUH reported binge drinking, or consuming five or more alcoholic beverages on one occasion for men or at least four drinks for women, within the past month.

Alcohol is legal for adults ages 21 and older in the US, but it is also one of the most problematic and abused intoxicating substances in the country. About 88,000 people die from some alcohol-related cause every year in the US.

There are many reasons people drink, including to ease social events, to celebrate, to relax after a long day, or to handle other life stresses. In too many cases, people drink too much, regardless of the reason.

Stress is one of the most common reasons cited for drinking too much alcohol, whether it is a college student partying with friends after finals or a person working in a stressful career. However, sadness, isolation, and loneliness are other reasons people drink too much. People who struggle with anxiety, especially social anxiety or depression, may also drink alcohol to lighten their mood to socialize with people more easily. There may be peer pressure to consume a lot of alcohol to fit in.

Not everyone who drinks too much blacks out, but binge drinking can lead to alcohol poisoning, which can lead to passing out, or alcohol-induced amnesia. Blacking out is rarely the end goal of drinking too much and is instead a consequence for about half the population when their blood alcohol concentration (BAC) gets too high.

Blackouts: What Are They and What Are the Symptoms?

Although alcohol-induced amnesia is not an experience people tend to seek out when they drink too much, it is more likely to occur among people who frequently drink a lot of alcohol. People who binge drink routinely, or who struggle with alcohol use disorder, are more likely to experience a blackout compared to people who rarely drink very much.

A BAC of 0.08 is too intoxicated to drive in the US, as reaction time, cognition, and awareness are reduced. Once a person’s BAC reaches 0.15, they are at risk of suffering alcohol poisoning and blacking out, among other problems. The way a person reacts to consuming several drinks can vary based on age, body mass, gender, physical health, and tolerance to alcohol.

People who are at greater risk of experiencing blackouts include:

It can be hard to tell if a person is experiencing a blackout, but a person may:

Although the terms passing out and blacking out are often used interchangeably, a blackout actually means amnesia induced by too much alcohol in the blood. Alcohol interferes with the transfer of short-term memories to long-term memory, leading a person to be unable to recall events even if they were conscious and interacting with others. While a person may experience a blackout and pass out concurrently due to too much alcohol, they are different experiences. While studies on blacking out have found that the experience can last for a few hours to three days, one experiment raised BAC to 0.16 (twice the legal limit in most US states), and neuron firing returned to normal levels after seven hours. For most, drinking occurs at night, so the blackout experience typically ends the next morning.

Consequences of Drinking Too Much and Blacking Out 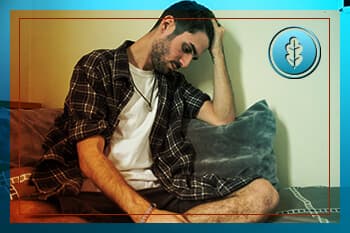 Short-term, people who black out after drinking too much are at risk of violence or other harm. If they pass out or are unaware of their surroundings, they are more vulnerable to assault or theft. Alcohol reduces inhibitions and leads to poor decision-making. A person who blacks out after drinking too much may suffer serious injuries from a car crash or fall, or they may contract an STI from risky sexual behavior.

People who drink too much too frequently are susceptible to all kind of long-term health problems, including cardiovascular disease, liver damage, and a higher risk of cancer. However, cognitive problems are also closely associated with problem drinking, especially if a person drinks in excess of 0.15 and experiences a blackout.

Drinking too much on even one occasion changes the balance of neurotransmitters like serotonin and dopamine in the brain. However, people who struggle with alcohol dependence or problem drinking can alter neurons because alcohol changes when neurotransmitters are available and in what quantities. Brain cells are more likely to shrink, so brain mass goes down; the inner cavity of the brain grows larger. This changes all kinds of functions in the body, including memory, comprehension, learning, mood, and other cognitive functions.

There is no evidence that blackouts from alcohol consumption cause brain damage; however, the more often a person drinks to the point of blacking out, the more likely they are to experience structural changes in the brain.

Fortunately, many studies have shown that changes in cognition are reversible if a person ends their dependence on alcohol and stays abstinent for at least one year.

Get Help to Overcome Problem Drinking

Many people report that blacking out from drinking too much is frightening, and for some, going through this experience once is enough to change their drinking habits. However, people who struggle with alcohol use disorder, or have patterns of problem drinking like frequent binge drinking, may not change these behaviors after one blackout. It is important to get help to overcome problem drinking before suffering severe consequences. This may require encouragement from friends and family to get needed help.