The Dangers of Drinking Too Much Alcohol 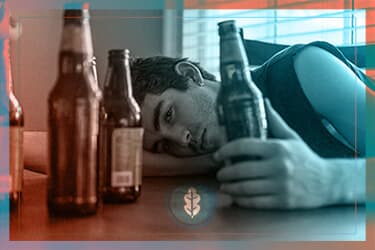 The media and heavy-handed marketing campaigns have portrayed alcohol and its use as a means to freedom from boredom, a guaranteed good time, and a positive way to connect with others. A reminder to “drink responsibly” is tacked on to the end of commercials or in small print at the bottom of advertisements. However, there is no indication as to what exactly it means to drink responsibly; thus, many Americans put themselves at risk of dangers associated with alcohol use, both large and small, without realizing the potential costs. 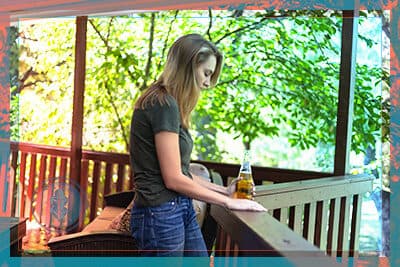 On a smaller scale, when someone drinks to excess, there can be negative consequences of choices made under the influence. Saying something inappropriate, engaging in offensive or violent behaviors, or otherwise alienating others with choices that would never be made while sober, can reverberate through one’s experience long after the effects of the alcohol have subsided. Consequences of heavy alcohol use or binge drinking can include:

These social consequences of engaging in heavy alcohol use regularly can have a significant impact on opportunities and relationships as well as standing in the community.

It is difficult to maintain a healthy and functional relationship when heavy alcohol use is an issue for one or both partners. Alcohol fuels misunderstandings, poor communication, and in some cases, it can contribute to domestic violence. Maintaining a healthy relationship requires that both people remain present and open, listening to the other person and working to get their needs met healthfully. None of this is possible when alcohol use plays a significant role. Often, a partner noticing that alcohol intake levels are high or disruptive can be the first indication that an alcohol use problem is an issue.

Heavy drinking one day makes it difficult to function the next. Many find that binge drinking can impact their ability to get to work on time the next day – if at all – as well as their ability to function and perform well on the job. Depending on the amount of alcohol ingested and when, some people are still under the influence the following day when they head into work, making the commute dangerous and increasing the likelihood that their ability to do their job well will be negatively impacted.

A reputation as someone who is undependable and a drinker does nothing to boost one’s career. Opportunities for advancement will be squandered, and job loss may be the result as well; plus, it may be difficult to find a new job with poor past work performance and few, if any, positive references.

When under the influence, there are a number of legal issues that can arise. Though alcohol itself is legal, it is not uncommon for alcohol use to play a role in arrests. For example, drinking under the age of 21 or facilitating an underage person’s use of alcohol is a criminal offense as is being drunk in public or otherwise causing a disturbance while under the influence, drinking and driving, and other acts.

The National Institute on Alcohol Abuse and Alcoholism (NIAAA) reports that the following percentages of arrestees charged with specific crimes were under the influence of alcohol at the time of committing the offense:

NIAAA reports that these are the upper end of a range of estimates that vary from community to community. They also note that one study said that, in general, about 42 percent of violent crimes that are reported involve alcohol use, and more than half of all victims reporting crimes to the police say they believe their attacker was under the influence of alcohol at the time they committed the crime.

Studies show that even moderate use of alcohol can be damaging to a person’s health, and the more that one drinks, the more extensive the damage. Both acute medical emergencies and chronic disease driven by alcohol use can be deadly. The good news is that, in many cases, as soon as drinking stops, the body can begin to repair and heal.

Alcohol poisoning, or alcohol overdose, is a risk after binge drinking. Defined by drinking more than four or five drinks in a two-hour period, binge drinking can be overwhelming to a drinker’s system, causing a number of acute medical issues that can include:

Losing consciousness after drinking can lead to death, especially if use of alcohol is combined with use of other drugs or if there are underlying medical issues.

Accident under the Influence

With impaired cognitive function, lowered inhibitions, and decreased mobility under the influence, a number of activities that are otherwise perfectly safe can be risky when drinking. These include:

Even walking down stairs or crossing the street when there is traffic can be life-threatening when someone has been drinking and is not able to accurately assess the safest way to manage the situation.

Regular drinking, even in moderate amounts (e.g., one or two drinks per day) can contribute to the development of a number of different chronic illnesses. Among these are: 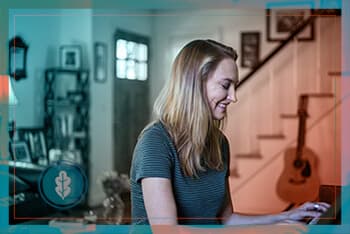 Though both social difficulties and medical disorders can develop due to heavy drinking in the short-term and long-term, it is possible to create positive change in your life and begin to heal through professional treatment. Medical detox followed by therapeutic treatment can help the individual to stop drinking safely and then begin the process of finding new, positive coping mechanisms to manage life’s stressors without turning to use of alcohol or other substances.

We are here to help you learn how to live without reaching for the next drink. Retreat to the sunny climate of Tampa, Florida for a stay at the gold standard of treatment facilities. We offer customized care plans to help you on your recovery journey.

We're available 24/7 to answer questions and help you make decisions about starting recovery from alcoholism.

Get Help for Alcoholism during Coronavirus