Two men in Florida have been dubbed “career criminals” by local law enforcement after a deadly shootout followed an attempt to serve a search warrant at their home. The two men are father and son and were living in what officers suspected to be a “drug house” in central Florida. The father had more than 57 arrests on his record while the son, only 23, had been arrested more than 36 times.

A SWAT team approached the house early in the morning, and the father created a “ruckus” with the officers while his son shot rounds out of a bedroom window. When deputies shot back, a young woman in the home was caught in the crossfire and lost her life.

The family has a long history of violence with law enforcement. The next generation up, the grandfather and father of the two men arrested, has reportedly been serving time since the end of 2015 for attempting to kill a sheriff’s deputy. When stopped at a traffic light a couple weeks prior to the shooting and arrests, the son reportedly told officers, “I’m going to finish what my grandfather tried to do.” 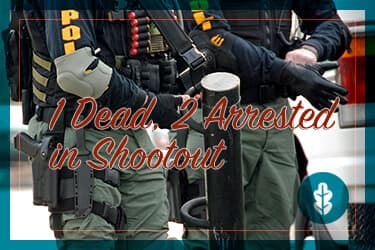 It is true that addiction can run in families, and it is clear this is the case for this family. It is an exceedingly common occurrence. If someone in your family is living with an addiction or has struggled with an addiction in the past, it could happen to you or your blood-related loved one.

Here’s what you need to know.

If you are concerned that your use of drugs and alcohol has reached a crisis point, no matter what your genetic predisposition for addiction, do not wait to reach out for help and get the treatment necessary to regain your balance in recovery.