In Central Florida, three teens took part in a drug-related crowbar attack that left another teen very injured and ultimately landed the three of them behind bars. Jessica Umberger and Rebecca Gotay were each sentenced to seven years in prison for their parts in the attack. Both are 19 years old. Dylan Thomas, 18, was the primary attacker, and he was sentenced to 10 years in prison after he pleaded guilty to attempted second-degree murder.

The victim was only 17 years old at the time. Prosecutors say that they believe that Thomas conspired with Gotay and Umberger to kill the victim of the attack because they believed the victim had stolen marijuana from them. 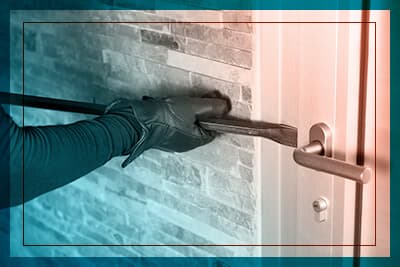 Do you believe the sentences were fair, too lenient, or too harsh for the crime?

In many parts of the country, when someone commits an offense related to drug use and abuse, they have the option to be tried in a drug court rather than a criminal court of law. This affords them the opportunity to undergo treatment and commit to remaining drug-free as they fully work a recovery program and begin the process of securing gainful employment and appropriate housing. If they maintain that commitment and avoid further police contact, meeting with their case manager regularly to check in, they can not only avoid incarceration but often also have their record expunged – no notation of the incident in their criminal record at all.

But when a drug-related offense is violent in nature or committed in concert with a violent act, the option of drug court goes out the window. There is no scenario in which someone will be absolved of harming someone else even if an ongoing addiction contributed to that incident. Thus, the defendants above were unable to avoid incarceration, despite the fact that it was an action related to drugs.

For many, the fact that violent offenses preclude one’s ability to take part in drug court is a point of contention. Some believe that if their behaviors were driven by or related to an ongoing addiction that there should be some opportunity to reduce their sentences by undergoing treatment and upholding a strict drug-free probationary period. The idea behind that assertion is that the person is only a threat to others when actively under the influence of drugs or in the throes of addiction, and that if it can be successfully demonstrated that the person has undergone treatment and is working to maintain sobriety then they are no longer a threat to society. They contend that incarceration can serve to cause more harm to the person and increase the chances that they will commit more crimes in the future; plus, it does nothing to address the addiction issue, increasing the likelihood that the person will not only be arrested again when they get out, but also that they will use drugs and potentially hurt more people when they are freed.

In Florida, it is clear that drug use and abuse are huge problems. People are dying of overdose and from accidents under the influence, and their loved ones are hurting as well. For decades, the focus of the “War on Drugs” has been punishing people who commit drug-related offenses with no consideration for the biological and psychological impact of long-term addiction on the ability to manage behaviors.

With the implementation of drug courts – and the success of those drug courts – we are demonstrating that we have a more solid and fact-based understanding of human behavior and how it is modified by drug use and also modified by addiction treatment. Drug courts work. Treatment works. People are able to reclaim their lives by not only stopping all use of all addictive substances, but also by learning the coping mechanisms necessary to make one positive choice after another with the support of a professional substance abuse treatment staff and peers in recovery.

Should there be any consideration given to the fact that addiction and/or drug use may play a role in a person’s decision-making, despite the harm done to others while under the influence? Should the violence perpetrated on another human being be considered as an indication of severity of drug use and used to help people gain access to drug addiction treatment while incarcerated? What do you think?