FL Woman Claims the Drugs in Her Purse Belong to Mom

When a 20-year-old Florida woman was arrested for carrying drugs in her purse, the woman did not accept the drug possession charge easily. Instead, she claimed that the purse was not hers but in fact was owned by her mother, who she claimed has a drug problem, and that she did not know that the drugs were inside when she borrowed the bag.

The woman was a passenger of a vehicle pulled over for having tinted windows at the time that her bag was searched, and the driver of the car did not support her claim. There was not just heroin in the purse; officers also found $565 in cash as well as a Coach wallet that held straws (ostensibly for snorting the drug). 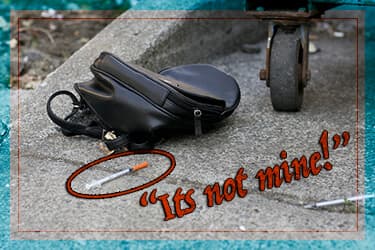 “It’s not mine!” is a common defense, especially among young people who are caught with a substance in their possession that they shouldn’t have. Usually, however, it is a parent who finds the substance and a friend who is blamed for ownership. While this situation somewhat strays from that trope, the hope of avoiding punishment by passing the buck is not unusual, and it will likely be as ineffective here as it is when it plays out in homes across America.

When a Parent Struggles with Addiction

But what if the woman was telling the truth? What if her mother does have a drug problem? It may not alleviate her from responsibility for being in possession of the drugs in question, but it may speak volumes about why she is in her current situation.

Whether or not the bag and its contents did in fact belong to mother or daughter in this case, a parent’s addiction can have a significant impact on a child’s choices in adulthood and beyond. For many kids, living with a parent who struggles with addiction means, at the very least, that they do not have the support they need to learn how to make positive and responsible decisions, nor do they get the basic care they need to thrive physically and mentally.

Additionally, kids who grow up with parents who have an active addiction may be more likely to develop an addiction of their own due to:

When addiction is a family affair, it is recommended that all who are struggling seek treatment. In recovery, they can work together to support each other and hopefully build stronger bonds together as a family as they work to create a positive new personal life without drugs and alcohol.