Written by: Editorial Staff
Updated: May 15, 2019
When one Indiana woman decided to get high on heroin in her car, she accidentally overdid it. A passerby saw that she was passed out and called for help. It took two doses of naloxone, a medication that can reverse the effects of opiate overdose, to revive her. She woke up to criminal charges: possession of drug paraphernalia and child neglect. Her 10-month-old son was in the backseat, crying.Police officers did more than just arrest her, however. They took a picture of her passed out in the driver’s seat of her vehicle with a needle in her hand and posted it on social media. Why? To demonstrate to the public that this is not an isolated occurrence; it happens all the time.

Marshal Matthew Tallent said: “Parents are doing this more often with children in the car because they are doing it away from someone who is going to disapprove. This is becoming a new norm for drug users.”

The child lives with the woman’s mother, who has guardianship over him. The child’s grandmother was angry at her daughter for making this choice, reportedly less than a month after release from rehab, but she was also angry at police for posting the photo.

To Tallent, however, disapproval of some is less important than the message he is trying to send and the hope that even one person will see the pictures and get help. Says Tallent: “Had this woman not passed out from this and attempted to drive right afterward, she could have driven down the road, passed out two minutes later and hit a car with a family in it, killed every one of them. That’s the thing that’s so shocking to me to think about.” 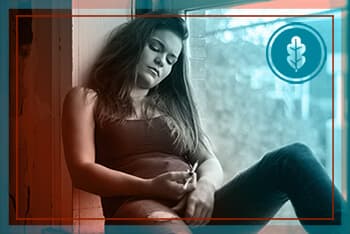 This viral photo comes a month after police in Ohio similarly posted a photo of an overdosed couple in a car with a 4-year-old boy sitting in the backseat.

With the photo, police posted: “We feel it necessary to show the other side of this horrible drug. We feel we need to be a voice for the child caught up in this horrible mess. This child can’t speak for himself but we are hopeful his story can convince other users to think twice about injecting this poison while having a child in their custody.”

According to the Centers for Disease Control (CDC), the rate of deaths caused by drug overdose has leaped by 137 percent since the year 2000. That includes a 200 percent increase in the rate of deaths caused by opiate overdose (e.g., use of prescription painkillers and heroin). This has infected every part of our country: small towns, big cities, and the suburbs. Men and women; young, old, and middle-aged; all income brackets; all races – no one has been able to avoid the burn of addiction. Prescription painkillers and heroin are responsible for a huge percentage of these deaths, but so too are other drugs – benzodiazepines, methamphetamine, synthetic cannabinoids, and combinations of these drugs. There is no one culprit, but 100 different threats, and the best way to combat them is through increased education on the risk of drug use and abuse and increased access to treatment.

Though many view the officers’ choices to post these photos of people overdosed in their cars with their children next to them as invasive and stigmatizing, others see it as hard truth that must be discussed openly. Despite the fact that addiction has seeped into every part of our society, there are many who do not fully understand the dire nature of the disease and how it impacts the people around those who are struggling. Sharing stories can help, but pictures are graphic. Viewers can see for themselves what they may have previously only imagined. It can bring home the horrific nature of addiction, and if they are struggling personally or know someone who is, it may be the trigger they need to reach out for help.

Seeing the stark truth that defines addiction can make it very real that the only thing that can genuinely help to impact this disease is ongoing treatment and support. A quick stint in rehab is not an effective fix. Rather, intensive and comprehensive treatment that lasts for at least 90 days, is extended if necessary, and also followed by a year or more of intensive supportive aftercare are critical to creating a new life in recovery. The work is difficult; it does not happen overnight. But it is well worth the effort – not just for the individual but for the people around them who love them and need them to be well.