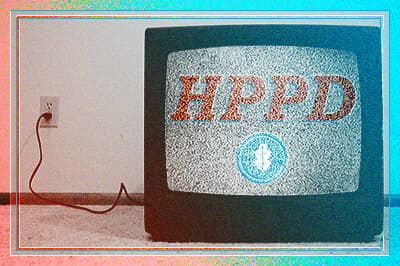 Abusing drugs usually has consequences to health – both mental and physical – that can persist long after drug use stops. These health consequences are often related directly to the way in which the drug interacts with the brain’s natural chemistry and the body’s response to the drug. For example, central nervous system stimulants and depressants often have negative effects on an individual’s heart rate, either positive or negative, that can become heart problems later in life.

Hallucinogens can produce similar lasting brain damage that can result in long-term challenges. Some of the effects of hallucinogen use include damage to the serotonin and glutamate systems in the brain, resulting in a condition called hallucinogen-persistent perception disorder, or HPPD. This condition can have some severe and lasting effects, even after drug use is stopped, that create specific health and hazard risks to those who have the condition.

Most simply, as stated in an article from New Yorker magazine, HPPD can be described as “a trip that doesn’t end.” It is a condition in which someone who has been taking hallucinogens continues to have visual and other perception-based disruptions after the drug use has stopped – sometimes even lasting for years.

These disruptions can take the form of blurred vision, light trails, or strobing. As explained in a case study from the British Journal of Medical Practitioners, they can also include a pervasive sense that the individual is not real or is not experiencing reality. While these perceptions and experiences are not strictly considered to be hallucinations, they can be distracting, distressing, or even frightening, as they continue for days, weeks, and even months after the drug’s use.

As described by the National Institute of Drug Abuse, use of hallucinogens affects parts of the brain that manage perception, mood, and sensory response to stimuli, as well as memory and cognition. Whether through the serotonin system, or through management of glutamate in the brain, these drugs alter the individual’s sense of space, time, objects, and even self. It is through this systemic disruption that the individual is able to experience hallucinations of visual, auditory, and other sensory input.

While the mechanism is poorly understood so far, several studies like one from Psychiatry Research demonstrate that people who experience HPPD have certain abnormalities in the way their visual cortex processes information, making visual hallucination or disturbances possible. This difficulty occurs after use of hallucinogens, implying that the drugs are responsible for the damage.

The symptoms of HPPD, as summarized above, include:

These experiences, as they persist, can result in other mental effects to the person who has them, such as anxiety, depression, and panic. Depersonalization disorder, a situation in which the individual feels removed from the self or disconnected from the body, can also result from HPPD.

According to a study from the Journal of Pharmacy Practice, these effects can be disturbing enough to the individual to potentially lead to a desire for self-harm or suicide. For this reason, among others, it is important to take a person who complains of symptoms resembling HPPD seriously and get help or treatment.

Drugs that Can Cause HPPD

According to the National Institute on Drug Abuse, some of the drugs that are commonly associated with HPPD, all of which interact with the serotonin or glutamate systems in the brain, include:

While many cases of HPPD begin mildly and grow worse after repeated, regular use of hallucinogens, it is possible for severe HPPD to occur after a single use of LSD or other drugs.

Because the understanding of HPPD is incomplete, it has been a challenge to find treatment. However, various studies have shown that certain treatments can help to dispel the symptoms. These studies and treatments include:

In addition, as described in the New Yorker article, anxiety about the symptoms of HPPD can make the symptoms seem worse. Because of this, it can be helpful to treat anxiety or depression as co-occurring disorders in order to further diminish the challenges of the HPPD symptoms themselves.

Another aspect to take into account is the fact that using drugs that have abuse potential to treat a disorder caused by drug abuse can present a further challenge for the treatment program and the person being treated. Because of this, it is important to involve people experienced in drug abuse and addiction treatment in helping to resolve this condition in order to make sure that other drug abuse issues do not occur.