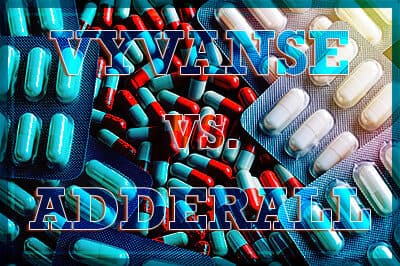 Stimulant medications are marketed to treat symptoms of attention deficit hyperactivity disorder, or ADHD, one of the most common neurodevelopmental disorders appearing in childhood, the Centers for Disease Control and Prevention (CDC) publishes. Adderall is a brand-name drug containing amphetamine and dextroamphetamine salts, and it is commonly prescribed to individuals suffering from ADHD. In 2007, a new drug was marketed to manage the disorder: Vyvanse, which is made up of lisdexamfetamine dimesylate. International Business Times (IBTimes) reports that Vyvanse has been approved by the US Food and Drug Administration (FDA) to treat binge eating disorder as well. Adderall, in comparison, may also be prescribed to help narcolepsy, the FDAreports.

Both Adderall and Vyvanse act as central nervous system stimulants, meaning they speed up heart rate and blood pressure, and increase body temperature while also heightening focus and attention levels, promoting wakefulness, and decreasing appetite. Stimulant drugs increase levels of dopamine and norepinephrine in the brain, which in turn raises energy levels and pleasure. When these drugs wear off, a kind of “crash” may occur and with it, fatigue, hunger, low levels of energy, depression, anxiety, and mental cloudiness may be common.

These drugs are very similar with slightly different methods of action. The journal Molecular Psychiatry reports that Vyvanse has a slower onset of action. It may remain active slightly longer than Adderall and other ADHD medications, but it requires a higher dose to be effective. Both Adderall and Vyvanse are classified, by the Drug Enforcement Administration (DEA), as Schedule II controlled substances for their high abuse, diversion, and addiction potential. 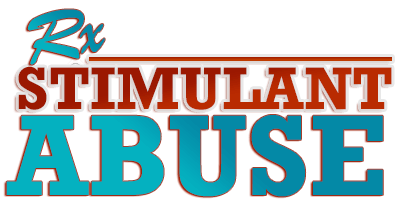 Adderall, and other amphetamine-based drugs, are commonly abused as “party drugs” for the euphoria they can produce, as weight loss drugs, or perhaps more regularly as “study drugs” for the enhanced focus and decreased need for sleep they can create. The Monitoring the Future (MTF) study of 2015 published by the National Institute on Drug Abuse (NIDA) reports that Adderall was abused by 7.5 percent of all 12th graders in the previous year. Almost 6.5 percent of fulltime college students between ages 18 and 22 misused Adderall (data from 2006 and 2007 surveys) in the past year, making them twice as likely to do so than their peers who weren’t attending college on a fulltime basis, the Substance Abuse and Mental Health Services Administration (SAMHSA) publishes. Other studies, published by The New York Times, indicate that 8-35 percent of college students may abuse prescription stimulants as a study aid.

Adderall comes as both an extended-release capsule (Adderall XR) and an immediate-release capsule (Adderall IR). Vyvanse is only marketed in an extended-release form. Both are intended to be taken orally, or swallowed. Adderall, however, may be crushed and then the resulting powder snorted for a quick “fix” or high. Vyvanse is considered a prodrug, and it needs to be metabolized through the stomach by particular enzymes in order to be effective, the journal Pharmacy and Therapeutics (P&T) publishes. This means that the drug likely won’t produce the desired effects if someone attempts to abuse it in a way other than swallowing it, potentially lowering its abuse potential.

Both drugs have similar half-lives; however, Adderall may take effect sooner (particularly if the drug is altered and snorted or taken in a way other than intended) and wear off a little quicker than Vyvanse. Vyvanse may also offer a smoother feeling, and individuals may experience a less significant “crash” when the drug wears off than with other stimulant drugs. Vyvanse is thought to be less commonly abused than Adderall, although its conversion to straight dextroamphetamine when metabolized may make it more addictive.

Side Effects of Vyvanse and Adderall

In the short-term, individuals misusing Adderall or Vyvanse run the risk of overdosing. An overdose occurs when a drug overwhelms a person’s system by building up toxic levels. Adderall abuse may be especially prone to causing an overdose due to the fact that the extended-release format is often crushed and snorted, sending the entire dosage of the drug into the system at once instead of being slowly released over a period of time. The Drug Abuse Warning Network (DAWN) reports that over 17,000 individuals received emergency department (ED) treatment for a negative reaction to amphetamine/dextroamphetamine drug abuse in 2011.

Individuals abusing Vyvanse may take more and more of the drug, since it doesn’t take effect immediately, which can also lead to a potential overdose. Seizures, stroke, heart attack, or respiratory failure may all accompany a stimulant overdose, which can be fatal. Mixing Adderall or Vyvanse with alcohol or other drugs can also amplify the effects of both substances and lead to a potentially life-threatening overdose.

Additional side effects of both Vyvanse and Adderall may include:

Both Adderall and Vyvanse can lead to addiction and drug dependence with regular and chronic use, as both alter brain chemistry and circuitry that are related to feelings of happiness and motivation, and the regulation of emotions. It is postulated that Vyvanse may be slightly more addictive due to the way the drug is metabolized. Both Adderall and Vyvanse can cause drug dependence, resulting in withdrawal symptoms, such as anxiety, depression, irritability, restlessness, insomnia, irregular heart rate and blood pressure, and tremors. Once physical dependence sets in, psychological symptoms, including drug cravings and a loss of control over drug use, may occur, and these can signify addiction.

Adderall and Vyvanse are similar in action and possible side effects. Both can have dangerous consequences when abused or taken outside of a legitimate prescription. Stimulant addiction is optimally treated with a combination of pharmaceutical and therapeutic methods for sustained recovery.