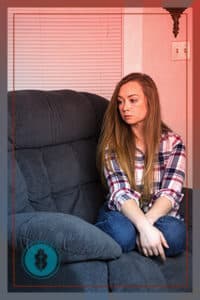 Drug dependence is a serious physical and/or psychological condition that occurs when a person uses mind-altering substances regularly. Drugs and alcohol change brain chemistry and the way that the central nervous system functions by interfering with the normal transmission, production, and reabsorption of its chemical messengers, or neurotransmitters.

Some of these neurotransmitters, like dopamine and serotonin, help to control impulses and regulate emotions; they are also involved with memory, learning, appetite, and sleep functions. Others like GABA (gamma-aminobutyric acid) help to control anxiety and stress levels. With chronic drug use, levels of these neurotransmitters are altered, often increasing pleasure and decreasing anxiety. The central nervous system and several of its autonomic functions are also affected. For instance, central nervous system depressant drugs slow heart rate, respiration, and blood pressure, while decreasing body temperature and anxiety and increasing pleasure. Stimulant drugs work to heighten energy, focus, attention, and pleasure while increasing these autonomic nervous system functions. In time, changes made to brain chemistry by drugs becomes more ingrained, and the brain may expect these substances to be there in order to keep functioning in what it now thinks of as “normal.”

When these drugs then wear off, levels of these neurotransmitters are changed again, which can lead to negative side effects and drug cravings. This is called withdrawal. Much of the time, these withdrawal symptoms are the opposite of how the “high” or intoxication makes a person feel.

In 2014, approximately 21.5 million people in the United States suffered from drug addiction, according to the National Survey on Drug Use and Health (NSDUH). Drug dependence and withdrawal symptoms are considered to be components of addiction. When someone stops taking drugs and the body processes them out, this is called detox.

Detox can be unpredictable, dangerous and even potentially fatal if not handled properly, the Tampa Bay Times warns. Stopping drugs “cold turkey,” or all of a sudden and without the aid of trained professionals, can be life-threatening and extremely risky in some instances. Instead, drugs may be slowly weaned, or tapered off, during a medical detox protocol that often includes the use of both medications and supportive care.

Medical detox can safely manage withdrawal symptoms. It is typically performed in a specialized facility that offers around-the-clock supervision and care to aid in physical stabilization. It is often considered the highest standard of care for withdrawal.

Potential Side Effects of Drug Withdrawal

Around a quarter-million Americans seeking detox or substance abuse treatment services received medical treatment in an emergency department (ED) in 2011, the Drug Abuse Warning Network (DAWN) reports. Drug withdrawal symptoms are numerous and can include both physical and emotional complications that can vary in intensity, severity, and duration.

When brain chemistry is changed due to drug dependence and then a person suddenly stops using drugs, the brain will struggle to restore its natural balance. The result can be drastic as the body is not accustomed to such rapid changes to the brain’s chemistry. The brain can experience a “rebound,” leading to numerous side effects that can even be fatal. The duration and severity of drug withdrawal symptoms depend on several contributing factors, including environmental ones like stressors, biological and genetic factors like metabolism, age of first use, any co-occurring medical or mental health conditions, and family history of addiction. Other things that can influence the intensity of drug withdrawal includes the type and amount of drug used, method of abuse, polydrug abuse, and length of time using the drug.

A severe form of withdrawal that can occur when alcohol is suddenly stopped, after dependence is present, is called delirium tremens (DTs). DTs can cause psychosis, high fever, hallucinations, severe confusion, and seizures that can be fatal. DTs can be extremely unpredictable, popping up days after the last use of alcohol. The mortality rate for DTs is between 5 percent and 25 percent, the National Institute on Alcohol Abuse and Alcoholism (NIAAA) reports. 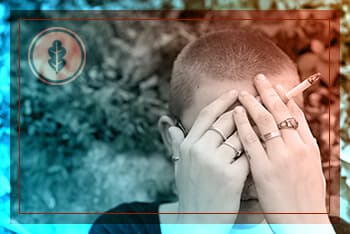 Coupled with difficult and even potentially dangerous physical withdrawal symptoms are emotional and psychological symptoms. Quitting drugs cold turkey can induce powerful and intense drug cravings. These cravings can make it difficult to abstain from drugs and may lead to a relapse, or a return to drug use. This can be especially dangerous after a period of sobriety, as the body and brain may have already begun to reset themselves and tolerance may be lowered. If a person then returns to using drugs at previous amounts, overdose can occur. The Centers for Disease Control and Prevention (CDC) calls drug overdose in the United States an epidemic, as nearly 50,000 people died in 2014 due to overdose.

Drug withdrawal can also lead to significantly depressed moods and possible suicidal thoughts and behaviors as a result. Suicide amounts to more than 34,000 deaths each year in the United States, and a psychiatric condition is involved 90 percent of the time, Psychiatric Times publishes. Addiction is considered one of these conditions. Around 40 percent of those suffering from addiction in 2014 also battled a mental illness, per the NSDUH. Co-occurring mental illness symptoms are heightened during drug withdrawal, and stopping drugs cold turkey can increase the odds for a negative psychiatric reaction.
Possible psychological symptoms of withdrawal include:

Drug detox does not have to be difficult and dangerous. Withdrawal symptoms and drug cravings can be managed with pharmacological, supportive, and therapeutic methods that can be provided during medical detox instead of stopping these drugs cold turkey, without professional help and encouragement. Medical detox offers a safe environment where trained medical, mental health, and substance abuse providers are on hand to monitor vital signs, address mental health needs, and handle any complications that may crop up during withdrawal.

In general, a detox program lasts 3-7 days on average, depending on the individual. Medical detox is often the first step in a treatment program. It can help a person to become physically stable before engaging in a comprehensive plan that can foster a long recovery.