Written by: Leah Walker, PhD, LFMT
Edited by: Laura Close
Reviewed by: Kristen Fuller, MD
Updated: May 02, 2022
Fentanyl is an opioid prescription painkiller that is used for acute severe pain after surgery or trauma and chronic pain from cancer. It’s also commonly misused, contributing to increasing numbers of overdose fatalities in recent years.1 Fentanyl is an exceptionally powerful opioid that is estimated to be 100 times stronger than morphine and 50 times stronger than heroin. The Drug Enforcement Administration (DEA) classifies fentanyl as a Schedule II drug, which means it’s a narcotic with strong potential for abuse and considered dangerous.1, 2 However, much of the fentanyl that is used as an illicit drug is manufactured illegally, outside of licensed laboratories.1
About Fentanyl 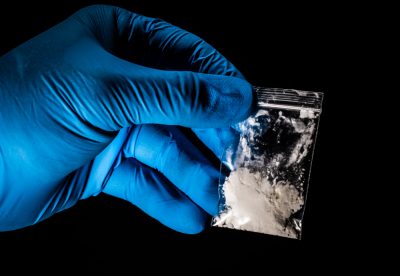 Fentanyl is a synthetic opioid drug used to help people alleviate severe pain, typically after surgery. It’s prescribed in some cases to people with long-term chronic pain that is not effectively treated by other opioids.3 Common brand names for fentanyl include:

Prescription fentanyl comes in several forms including lozenges, patches that adhere to the skin, sublingual tablets, nasal sprays, and injection.1

As with any type of opioid painkiller, fentanyl attaches to the opioid receptors in the brain, relieving pain and creating feelings of relaxation, sedation, and euphoria. However, fentanyl can depress breathing and cause people to become unconscious—and in some cases, die of an overdose.3

While some people abuse prescription fentanyl, much of the fentanyl that people use illicitly comes from illegal laboratories. It’s known by street names such as:

Illicit fentanyl often comes in the form of tablets or powder. It’s frequently mixed with other drugs such as heroin or cocaine.1

Fentanyl is highly addictive. Other opioids, like oxycodone and hydrocodone, are also classified as Schedule II drugs and have the potential for abuse.2 Fentanyl is exceptionally dangerous and addictive due to its potency, especially if other substances like heroin are mixed in with it.

The increase in illicit fentanyl abuse, and overdose has been growing over the past several years. Fentanyl-related overdoses have increased dramatically.

What are the Side Effects of Fentanyl?

Numerous effects can occur, even when taking fentanyl as your doctor prescribed. They include:3

When a person uses fentanyl, whether illicitly or by prescription, they can become tolerant of the drug over time. Tolerance means that your body gets accustomed to the effects of the drug, and it begins to take more and more of the substance to get the same effects.

It’s also possible to become dependent on fentanyl. Dependence occurs when the brain and body become accustomed to the drug resulting in withdrawal when the dosage is decreased or when the individual stops using the drug.5

Many people can become dependent on a drug without becoming addicted to it. Some people who take prescription fentanyl under a doctor’s supervision may need it to alleviate pain, but they do not become addicted.5

Addiction occurs when the body and brain become re-wired because of recurring drug use resulting in a pattern of compulsive misuse of fentanyl that continues even in the face of severe consequences.3, 6

Someone who is misusing fentanyl may exhibit signs such as:8

What to Do if You Suspect Someone Is Abusing Their Prescriptions

If your loved one is using prescription fentanyl, they may show the following signs of misuse:9

Instead of an intervention, encouraging your loved one or friend to talk to their doctor or a healthcare professional about their fentanyl use could help them get started on their journey toward recovery.

You or your loved one could also fill out this form below, which confidentially checks your insurance coverage to see if your health insurance would cover some of the cost of treatment at our facility.

How Long Does Fentanyl Withdrawal Last?

Fentanyl withdrawal varies from one person to another. On average, people experience the first symptoms of withdrawal within a few hours of the last use of fentanyl, with symptoms peaking around the 4th day.10

If you are struggling with fentanyl addiction, you may feel conflicted about quitting because of the withdrawal effects that many people fear going through.

However, there are many options for controlling uncomfortable withdrawal symptoms during fentanyl detox. Detox, which is typically the first step in the process of treatment helps eliminate fentanyl from your body in a safe and effective manner.11 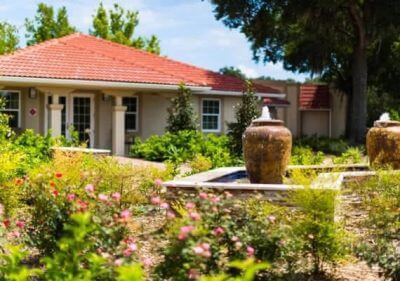 There are several ways to get treatment for fentanyl addiction. Detox and ongoing treatment can occur in several settings, such as:11

Treatment for fentanyl addiction can involve numerous approaches. It frequently consists of a combination of behavioral therapy (such as cognitive-behavioral therapy) along with medication-assisted treatment, which can help a person control their cravings for fentanyl on their long-term recovery journey.12

River Oaks, one of American Addiction Centers’ Florida rehab centers, is ready to help you overcome addiction and find long-term recovery. Call us today at to learn more about our addiction treatment options near you.