Certain prescription medications, specifically stimulants, sedatives, and opioids, are commonly abused. Misuse or abuse of prescriptions are among the top types of substances abused in the US.

What is Prescription Drug Abuse?

Opioids are the most commonly misused prescription drug, with approximately 1.4 million people reporting misuse of opioid painkillers in 2019 in the U.S.3

In 2019, Approximately 681,000 people in the U.S. reported having abused sedatives and tranquilizers, and another 558,000 reported abusing prescription stimulants.3

Which Prescription Drugs Are Commonly Misused? 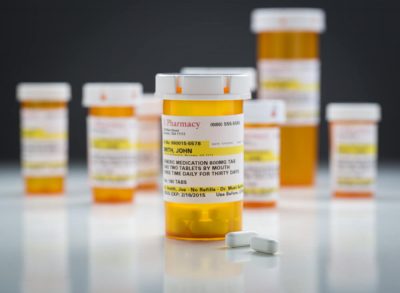 There are three main categories of prescription drugs that are more commonly abused than others.

Opioids are a class of medication that provides pain relief by activating opioid receptors in the brain to diminish pain signaling sent from the body through the nervous system.1 While opioids are a valuable medication for people with severe pain, these drugs are addictive.1 Prescription opioids include such drugs as:1, 4

Central nervous system (CNS) depressants include benzodiazepines, barbiturates, as well as non-benzodiazepine sedative hypnotic medications used as prescription sleep aids. Over the years, these medications have been widely prescribed as sedatives and tranquilizers to manage conditions such as anxiety, seizures, and sleep disorders.

Like opioids, depressants can also be abused.1 Some examples of common CNS depressant drugs are:1, 4

A third commonly misused class of prescription drugs is stimulants, which are most commonly prescribed to treat attention-deficit hyperactivity disorder (ADHD).1 Prescription stimulants include: 4

What Are the Signs of Prescription Drug Abuse?

Doctors and other treatment professionals assess patterns of problematic substance use (including prescription drug abuse) to diagnose substance use disorders. Below are the set of criteria from the Diagnostic and Statistical Manual of Mental Disorders, 5th Edition: DSM-5 used to make these diagnoses.5

A person who demonstrates two of the below criteria within a 12-month period may be diagnosed with a substance use disorder.5

In addition, when a person has an opioid use disorder, you may also see behaviors such as:6

The health effects of prescription drug misuse differ according to which medication is being misused.

Potential side effects of opioid use include:7

CNS depressants provide sedating and calming effects that make this group of medications effective for anxiety and sleep disorders. Other effects people can experience while using or misusing a CNS depressant include:8

The risks of misuse of stimulant medication can include:1

How Can You Treat Prescription Drug Abuse?

Treatment for certain types of prescription drug abuse may include a combination of behavioral therapy and medications to manage withdrawal (for both opioids and sedatives) and for longer term recovery (for opioid use disorders). There are currently no medications specifically approved to manage stimulant addiction, so the treatment approach will be primarily behavioral.9, 10

Behavioral therapy, which may include individual, group, and family therapy sessions, helps change patterns involving drug use and teaches coping skills to help you resist cravings or other triggers for use. Behavioral therapy also helps people learn drug-free ways to cope with stress.9

Medication-assisted treatment (MAT) is frequently prescribed for people with opioid use disorder. Treatment medications may include buprenorphine and/or methadone, which act on the same brain receptors as opioids to help control cravings and withdrawal symptoms.9

Beyond the opioid detox or withdrawal management period, naltrexone may also be used to treat opioid addiction; it blocks the effects of opioids, should they be used, to deter relapse. Used in conjunction with behavioral therapy, these medications have helped many in recovery from opioid use disorder.1 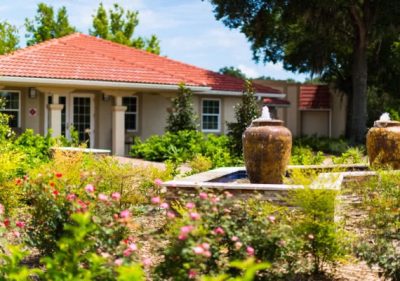 River Oaks provides the entire continuum of care, from detox to inpatient or outpatient treatment. With a range of evidence-based approaches to treatment and therapy, River Oaks can help you get on and stay on the path towards recovery and sobriety.

Call us today at to learn more about inpatient treatment near Tampa at River Oaks.

Most insurance plans are required to offer some form of coverage for rehab. Learn how to use health insurance to pay for rehab and what your plan covers by checking your insurance below.