What is Drug or Alcohol Addiction?

Addiction is a progressive and chronic disorder characterized by the compulsive seeking and using of drugs or alcohol, despite the negative (sometimes extremely detrimental) consequences.1,2.

Addiction affects how the brain functions; it impacts the areas responsible for reward, pleasure, motivation, behavior, and impulse control.2 Once these brain changes occur, the person’s capacity to choose not to use substances becomes extremely compromised. This is why the National Institute on Drug Abuse (NIDA) and other major organizations on addiction call this disorder a brain disease and reject the idea that it results from a lack of self-control or moral failing.3

How Does Addiction Start?

When someone misuses drugs and alcohol, over time they may eventually lose their ability to control their use even when it causes problems in their relationships, their health or other areas of their life.2 However, this does not happen to everyone. Certain factors may increase a person’s vulnerability to developing a substance use disorder.3

Specific risk factors for the development of substance use disorders include:3,4,5

Many drugs have the potential for misuse and addiction. A number of factors, including ease of access and social acceptability may increase the likelihood that someone may try a substance for the first time – or continue using it.6,7 Some of the most commonly used addictive drugs include:

How Common is Drug or Alcohol Addiction?

Addiction is a significant health and socioeconomic issue in the United States. The 2020 National Survey on Drug Use and Health (NSDUH) found that almost 15% of the population — just over 40 million people — struggled with a substance use disorder in the previous year.14 The NSDUH also showed that in 2020, among those 12 years old and older: 14

How to Get Help for a Substance Use Disorder

Addiction is a complicated disorder that can affect your mental and physical health and other areas of your life,3 and getting specialized treatment from qualified professionals can save your life. If you or someone you love is showing signs of needing rehab, the team at River Oaks is here for you.

There are many options for getting help with drug addiction. River Oaks Treatment Center offers a full spectrum of evidence-based care at our inpatient rehab facility near Tampa to get you on the road to recovery. These options range from short-term rehab to a full continuum of care that includes medical detox, and long-term addiction treatment. We also offer robust aftercare planning and alumni support so that you have a plan and a community you can lean on when you leave our program.

With effective treatment and support, you can achieve and maintain recovery over the long term. We are available 24/7 to help you or your loved one begin your journey toward recovery. When you’re ready, we’re here to help. 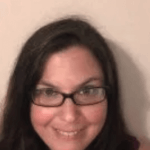 alcoholsubstance abuse symptoms
Prefer getting help via text?
We're available 24/7 via text message. Signup below for access to our team when its convenient for you!
and many more...
Your Next StepsRecovery can start today. We are here 24/7.