Written by: James Regan
Edited by: Kimberly Cunningham
Reviewed by: Dr. Lawrence Weinstein
Updated: Mar 08, 2022
Methamphetamine is a highly addictive stimulant drug associated with significant health risks.1 This page will discuss the signs of meth use and addiction, methamphetamine-related health issues, and how treatment for meth addiction works.

Did you know most health insurance plans cover meth addiction treatment?
About Meth

What Is Crystal Meth? 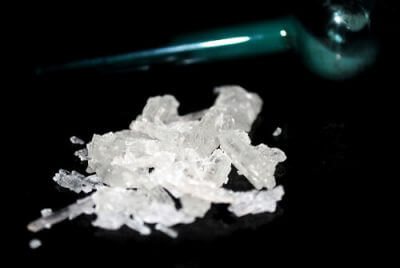 The majority of the meth supply in the United States is manufactured illicitly; however, a pharmaceutical prescription version of the drug is approved for the treatment of attention-deficit hyperactivity disorder (ADHD) and narcolepsy.1 For the purpose of this page, the terms methamphetamine, meth, and crystal meth, are used somewhat interchangeably—as they often are in conversation—all three terms refer to the same substance.

Methamphetamine use yields a strong, euphoric high that can sometimes make people feel energized and alert for several hours. Smoking or injecting the drug can result in a particularly powerful rush that is felt almost immediately.3

Crystal meth is commonly used in a “binge and crash” pattern, in which someone will go on a “run,” using the drug repeatedly every few hours for days or even weeks at a time.1 During a run, it is common for someone to avoid eating and sleeping before crashing and sleeping for 24–48 hours.4

How Common Is Crystal Meth Addiction?

Meth elicits a powerful, euphoric high and leads to increased activity of dopamine, a signaling molecule in the brain associated with motivation and reward. This increase in dopamine activity is thought to reinforce repeated or continued meth use and may underlie the development of compulsive patterns of use of the drug.1

Over time, repeated meth use can lead to some persistent alterations in brain functioning, which helps explain certain cognitive and emotional issues associated with chronic meth use, as well as why relapse risks may remain even after long periods of abstinence from the drug.1, 6

Addiction is a complex mental health issue. Several different factors may contribute to its development and vary from one individual to the next. These factors include:7

How to Know if Someone Has a Meth Addiction

Some people addicted to crystal meth may exhibit noticeable behavioral changes. These might include:1, 4, 8, 9

While these signs may be indicative of meth addiction, only a doctor or another qualified treatment professional can make an official diagnosis for a stimulant use disorder.

Health Effects and Risks of Methamphetamine

Meth is a very dangerous drug that can cause many severe and lasting health problems. Short-term health effects of meth may include:1, 4, 8

Methamphetamine can also lead to overdose or toxicity. A meth overdose may involve severe cardiovascular issues such as stroke and heart attack, which require immediate emergency medical attention.1 Signs of a meth overdose include:8

Injecting meth with shared, unsterile needles can also spread blood-borne illnesses like HIV and Hepatitis B and C. Methamphetamine-prompted changes in judgment and decision-making might further be associated with high-risk sexual encounters and contraction of STDs.1

What Are the Long-Term Effects of Meth Addiction?

Prolonged, chronic meth use has many serious negative health effects as well. These may include:1, 4, 11

Among patients with HIV/AIDS, studies suggest that methamphetamine use could lead to additional neurological damage and quicker progression of certain cognitive issues such as a decline in memory.1

Long-term meth use can change how the brain works. Though some of these brain changes—and their related functional impairments—might improve after more than a year of abstinence, other changes may persist longer.1

When someone has used meth for an extended period, they may experience withdrawal when ceasing or substantially reducing their use.4, 12 Withdrawal symptoms arise as the body adjusts to functioning without a substance.13

Meth withdrawal can be extremely unpleasant, though it is seldom physically dangerous.4, 12

How Long Does Meth Withdrawal Last?

Though a precise duration of meth withdrawal is sometimes difficult to predict from one individual to the next, some patterns have been described in the literature. These patterns may change based on how much meth, on average, a person has been using and for how long. However, acute withdrawal often begins within hours of cessation and can last several days to weeks, or in rarer cases, even longer.4, 8, 12

Following acute withdrawal, some people experience cravings and fatigue for 2 weeks or more after quitting meth.4

A more protracted withdrawal syndrome—characterized by depression, lack of interest in surroundings, and the return of meth cravings—affects some people beyond the acute withdrawal period and may last months after someone quits.4

The character and severity of meth withdrawal can vary based on the amount of meth someone has been using, how long they have been using meth, their history with substance use, their general health, and other factors.4, 12 Potential meth withdrawal symptoms include:4, 8, 12

Though stimulant withdrawal is seldom associated with immediate medical dangers, polysubstance use (or use of more than one substance at a time) is relatively common among methamphetamine users. In such instances, different polysubstance withdrawal syndromes can present their own physical risks.4, 12

Perhaps the most significant risk faced by people going through meth withdrawal is that of developing a pronounced dysphoria—with depression, negative thoughts, and the potential for suicidality during acute withdrawal.4, 12

Medical supervision during withdrawal helps mitigate these risks and can make a patient more comfortable throughout the experience.12

A supervised medical detox can make the withdrawal process safer, especially in cases where someone is at risk of experiencing relatively severe symptoms like depression or other withdrawal complications. There are currently no approved medications for treating meth withdrawal as a whole; however, medications may be prescribed to treat certain symptoms. Medications may be used to manage other symptoms of polysubstance withdrawal, such as those associated with alcohol and/or opioids.4, 12

Medical detox, while an important step toward recovery, is not a substitute for more comprehensive substance use disorder treatment. Long-term recovery often requires repairing negative thought and behavioral patterns through a combination of behavioral therapies offered in a comprehensive program, like those available at River Oaks Treatment Center in Tampa, Florida.6

How to Treat Meth Addiction 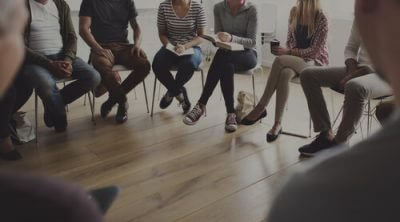 Meth addiction is a chronic illness that can have devastating consequences, both to the person afflicted and the people around them. Fortunately, it is treatable.6 Addiction treatment centers primarily use evidence-based therapy methods that enable patients to recognize, avoid, and overcome the triggers that lead them to use substances, as well as form and mend positive, lasting interpersonal relationships and support networks.6, 14

Some therapy methods for addiction treatment that have been proven effective in treating stimulant use disorder include:14–17

Treatment is a highly individualized process, so the ideal setting, combination of methods, and duration of care varies depending on the patient’s needs.6 The continuum of care at River Oaks provides the following types of addiction treatment:

Following formal treatment, many people in recovery benefit from aftercare, which helps them build a supportive network and maintain focus on their sobriety.18 Case managers at River Oaks can help facilitate entry into sober living or peer-support programs through the Outcomes Recovery program.

Cost is often a significant barrier between many people and the treatment they need to recover from a meth addiction.5 Fortunately, addiction treatment is covered by most insurance plans and many rehab centers provide options for handling the cost of rehab.19

Verify your insurance benefits at River Oaks using the confidential form below or call an admissions navigator at to learn more about what to expect as a patient and the admissions process.