Depending on how it is manufactured, heroin can be a white or brown powdery substance or a sticky, black, resin-like substance often referred to as black tar heroin.1

The reason for the different color and consistency can be a result of the chemicals used and the impurities left behind after the heroin is processed.2

Heroin can be smoked, snorted, or mixed with water and injected.

How Addictive is Heroin?

Heroin is classified by the U.S. Drug Enforcement Administration (DEA) as a Schedule I drug because of its high potential for abuse and lack of accepted medical uses.3

Depending on the specific route of use, the effects of heroin may be felt almost immediately. Once in the bloodstream, heroin enters the brain and is converted to morphine, which rapidly binds to and activates opioid receptors.

Opioid receptor activation can result in an intensely pleasurable rush, in addition to other pharmacological effects such as alterations in pain signaling.4

The euphoric rush of opioids like heroin is also associated with increased dopamine activity. Dopamine is a brain chemical thought to be involved in the reinforcement of use of drugs like heroin through its activity in the reward circuitry of our brains.5

Heroin use and the resulting increase in dopamine activity can prompt us, over time, to seek out the drug for its pleasurable effects again and again, which can lead to compulsive use of the drug.5

Prolonged heroin use can change the physiology of the brain, resulting in certain neurochemical alterations that don’t easily resolve. Heroin use and its associated brain changes can also disrupt decision-making, change behavior regulation, and alter the way we respond to stressful situations.8

Statistics regarding heroin demonstrate a rise in use and addiction throughout the United States in the past several years. In 2019, nearly three-quarters of a million people reported past year use compared with roughly 400,000 in 2002.

Increases in heroin use have also been seen in populations with historically low rates of use, such as women and people in higher income brackets who have private insurance.11

How to Know if Someone Has a Heroin Addiction

Indications that a person is struggling with heroin addiction may be less noticeable at first. According to the Diagnostic and Statistical Manual of Mental Disorders, fifth edition (DSM-V), addiction to heroin (diagnosed as an opioid use disorder) can be characterized by a pattern of use that leads to clinically significant impairment and is manifested by at least 2 of the following 11 criteria in a 12-month period:13

Doctors and other healthcare professionals may make a diagnosis of heroin addiction, or an opioid use disorder involving heroin, utilizing the above criteria.

What are the Effects of Heroin Abuse?

For some people, heroin use results in an extremely pleasurable “rush” that may be accompanied by other symptoms such as a warm flush of the skin and a feeling of heaviness in the extremities.

After the initial rush begins to wear off, people often feel drowsy for several hours.4 Thinking may become clouded, heart function slowed, and breathing rate dramatically slowed. When severe, the respiratory depression associated with heroin can lead to coma, brain damage, or death.4

Short-term effects of heroin use may include:12

Injection, which results in the most rapid onset of heroin effects, imparts a risk of disease transmission when people share needles or otherwise do not utilize sterile injection technique.

Some people who do not want to use needles prefer snorting or smoking heroin.

Though the onset of effects may be slightly different between the two routes, ultimately the drug effects will be quite similar whether it is smoked, snorted, or injected .14

Whichever route of administration a person chooses, long-term health effects of heroin use may include:1

Too much heroin can easily result in life-threatening complications or death. Heroin overdoses can depress our respiratory drive to the point that breathing slows or stops. The resulting oxygen deprivation can lead to lasting neurological damage, coma, and death.

How to Treat Heroin Addiction

A combination of treatment approaches may benefit people who are addicted to heroin or other opioid drugs. For people with opioid use disorders, treatment often begins with a period of medical detoxification. Without medical management, acute heroin withdrawal can be an extremely uncomfortable process.

Some of the medications (e.g., methadone, buprenorphine) initiated during the detox period may continue to be used as part of a approach for opioid use disorders. Such medications can help people manage cravings and decrease the likelihood of a return to heroin use.17

Behavioral therapy combined with medications serves as the standard of modern treatment for those battling addiction to opioids. The combination of MAT to help manage withdrawal and cravings and behavioral therapy to best address the psychological issues of addiction and recovery form the two pillars of a comprehensive, individualized plan to help people recover from heroin addiction.17 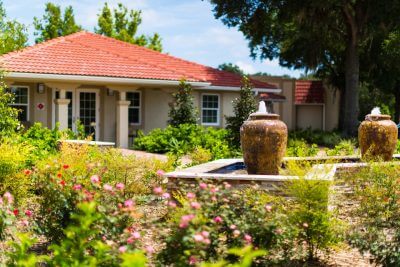 The team at River Oaks are advocates for our patients and work with insurance companies to obtain the best coverage available for each person. We will also create payment plans for individuals and families.

To learn more about the wide variety of services and treatment at River Oaks, please give our Admission Navigators a call at .