When an individual is dependent on heroin and reduces their use or quits using, they most likely will experience withdrawal signs and symptoms. 1

Repeated heroin use over time can lead to changes in the brain and body, resulting in physical dependency. When the body becomes dependent on an addictive substance such as heroin, it cannot function normally in the absence of the substance.

Detox treatment is intended to help people safely and comfortably withdrawal from heroin in a safe and supportive environment with a team of medical professionals.2

Heroin can be  smoked, snorted, or inhaled. Regardless of the method of use, it remains a highly addictive substance.1

Heroin detox and addiction treatment can help you withdrawal from heroin in a safe and comfortable setting and provide you with coping strategies and life skills to help you on your journey to a successful recovery. 2

What is Heroin Detox?

Detoxification from heroin can take place under medical supervision in a clinical environment, such as a medical or psychiatric hospital, or a drug and alcohol inpatient rehabilitation center.2

During heroin detox, a person undergoes the withdrawal process with the help of treatment professionals. Individuals are often prescribed and administered medications to help alleviate uncomfortable side effects associated with heroin withdrawal.2

How Long Does Heroin Withdrawal Last?

The length of withdrawal from heroin depends upon several factors, such as the length of time a person has been abusing heroin, frequency of heroin use, and the amount of heroin used each time.2

Heroin withdrawal symptoms typically begin 8 to 12 hours after the most recent use and usually last up to two weeks, on average.2,3

There is a possibility for certain psychological symptoms to last longer than the acute withdrawal phase, improving and worsening overtime for weeks or months following cessation of heroin use.4 This is referred to as Post-Acute Withdrawal Syndrome (PAWS).

Symptoms of PAWS may include:4

How to Detox from Heroin Safely

Detoxification from heroin should be conducted under medical supervision. Although withdrawing from heroin is not life-threatening, individuals may relapse because heroin withdrawal symptoms can be very uncomfortable and even painful, resulting in the urge to use.

Many inpatient rehabilitative treatment facilities throughout the U.S. have around-the-clock intake representatives and departments to help you enter treatment quickly and safely. 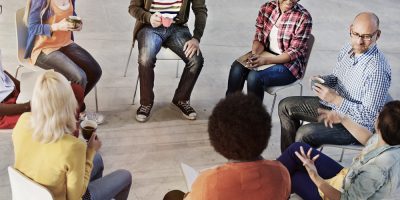 Medical assisted detoxification is not a standalone component of treatment, but rather one of the first steps in the treatment process. Other initial steps that go hand in hand with detoxification include a thorough evaluation of the client’s needs and understanding their readiness to enter formal relapse-prevention treatment.2

Common medications that can be used for medical-assisted heroin detox include:2, 3, 6

Over-the-counter medications may also be used as supplemental treatments to help relieve some of the side effects associated with heroin withdrawal, however they do not have a role in reducing cravings or relapse rates. These medications may be used to help with digestive issues, trouble sleeping, and other symptoms related to heroin detox.2 p.68

Treatment professionals will regularly assess and monitor your progress throughout your detox treatment and will often adjust medications according to your symptoms.2, 3

Can you Detox from Heroin at Home?

Detoxing from heroin at home is generally not a good idea. While symptoms are typically not life-threatening, it is possible for some symptoms to result in medical complications.  For example, excessive vomiting can lead to lung infections, dehydration, and electrolyte imbalances which all usually require medical treatment.5

When an individual is withdrawing from heroin, the drug is slowly being eliminated from the body and heroin urges and cravings may increase. If an individual relapses during the withdrawal phase, even the smallest dose of heroin can result in a high likelihood of overdose because the body is no longer accustomed to heroin.

As a result, it’s important for individuals withdrawing from heroin to do so in a safe and supervised setting such as an addiction treatment center, rather than detoxing at home.

Given that people often feel poorly and experience strong drug cravings during the withdrawal phase and the months following, entering into a professional detoxication program can help you connect with treatment professionals who can facilitate entry into longer-term treatment.2, 3

Get Help with Heroin Detox

Recovery from addiction is possible. It takes work, but it’s worth it. There are many different paths to long-term recovery with one common denominator: detoxification in a supervised medical setting, as the initial step.

If you or someone you love is struggling with addiction and are ready to start discussing treatment options, call us today at . There, a compassionate treatment navigator can help you create a plan to attend treatment at one of our rehab facilities across the United States. River Oaks, American Addiction Centers’ Tampa, FL rehab center, may be a good fit for you. Call us today to find out more. 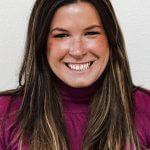 detoxheroinopiate
Prefer getting help via text?
We're available 24/7 via text message. Signup below for access to our team when its convenient for you!
and many more...
✕
Instantly Check Your Insurance Coverage
Your information is safe & secure
At River Oaks, we accept most types of private (non-government) insurance and offer a variety of payment options.
You can quickly and privately check your insurance benefits to see if you're covered for addiction treatment services. We’ll be able to tell you if your provider is in network with River Oaks Treatment Center and all American Addiction Centers locations.
This means your treatment may be FREE1 depending on your policy, copay, and deductible.
Get the Info & Help You Need