What are Prescription Opioids?

Prescription opioids are commonly prescribed by doctors to treat moderate to severe pain. People may receive them to alleviate pain caused by cancer, injury, or surgery.1

Even though there is a lack of evidence to support their long-term effectiveness for other uses, such as chronic pain caused by noncancer conditions like osteoarthritis, they are frequently prescribed for these conditions, despite the risks associated with opioids.1

Prescription opioids are often misused for their pleasurable effects; anyone who uses opioids has a risk of addiction.1

Opioids are effective at alleviating pain because of how they affect the brain and body. You have opioid receptors in different locations around your body, such as in your brain, spinal cord and organs.2

Opioids attach to and act on these receptors by blocking pain signals and causing a surge in dopamine, a chemical in your brain that plays a role in regulating how you feel pain and pleasure, as well as influencing reward and motivation.2

This surge not only helps with pain relief but is also responsible for pleasurable feelings and helps your body associate taking an opioid with pleasure. The desire to keep feeling good and repeat the experience associated with opioids is a key reason why opioids can be so addictive. 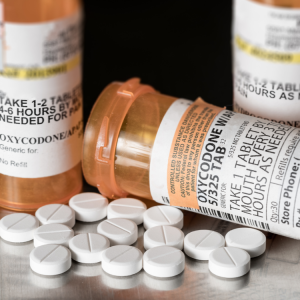 Heroin and fentanyl are two opioids that can be very dangerous for people who are addicted to prescription opioids.

Heroin is a dangerous, illicit opioid drug that has no accepted medical use in the U.S. People who use prescription opioids risk developing an addiction to heroin.5

People may switch to heroin since it’s cheaper and easier to get than prescription opioids but produces similar effects.2

While fentanyl is a prescription medication that is sometimes used in hospital or emergency care settings for severe pain, it’s also associated with illicit use and overdose. It’s a synthetic, man-made opioid that is 50-100 times more potent than morphine, and it is commonly manufactured and sold illegally because it produces effects that are similar to but much stronger than heroin.6

The presence of fentanyl is often unknown to the user and is done both to augment the effects of these drugs and because it can be cheaply produced. When a person using fentanyl-laced illicit drugs has no idea of what they are actually taking, it can lead to overdose and death.6

How Can I Identify Opioid Abuse?

Only medical or clinical professionals can diagnose someone with an opioid addiction, also known as opioid use disorder (OUD). However, there are some signs you can look out for that could mean that someone has a problem with misusing opioids. These signs can include:7, 8

An OUD is a clinical diagnosis that means a person is no longer able to control their opioid use despite harmful consequences. A person who receives this diagnosis meets at least 2 of the following criteria over a 12-month period:9

Misusing prescription medication means that you use a drug in a way that it’s not intended. This can mean continuing to take a medication when you no longer need it for medical purposes, taking someone else’s prescription (even if you have a legitimate problem that makes you feel it’s necessary), or using the medication to get high.

People may also say that a drug is used for nonmedical purposes when they refer to prescription drug misuse.10

What Are the Side Effects of Prescription Opioids?

Even when taken as directed by your doctor, you can experience unpleasant side effects of opioids. Opioid side effects can include:1

Risks and Effects of Long-Term Opioid Use

With long-term use, prescription opioids can lead to:2, 11

Signs and Symptoms of an Opioid Overdose

Anyone who takes prescription opioids is at risk of an unintentional opioid overdose, which could be fatal.12 You may have an increased risk of opioid overdose if you use other substances (including alcohol) with opioids, take high doses of opioids, take more of the drug than you were initially prescribed, take illegal opioids like heroin or fentanyl, are older than 65, or if you have other medical conditions, such as sleep apnea or kidney or liver issues.13

An opioid overdose can cause signs and symptoms such as:13

How Can I Get Help for an Opioid Addiction?

Behavioral therapy may be used alone or combined with medications (called medication-assisted treatment). It can be done in one-on-one sessions with a counselor/therapist or in a group setting. Types of behavioral therapy include:

Methadone and buprenorphine may be started during medical detox, which is typically the first step in treating an opioid use disorder. Medical detox from prescription opioids is a beneficial way to help you safely and comfortably stop using opioids and manage your withdrawal symptoms. You’ll receive medical supervision and support as you go through withdrawal. 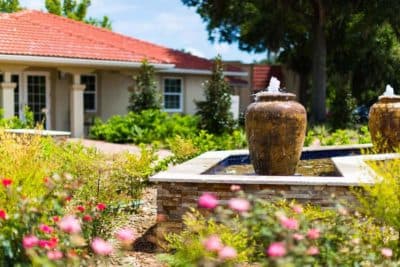 From safe medical detox through to inpatient and outpatient treatment and aftercare planning, River Oaks Treatment Center has many different options when it comes to treatment for prescription opioid addiction. Call our admissions navigators at or explore our treatments and facility below to learn more about us, our personalized treatment plans, and more.