Can Ambien (zolpidem) be abused?

An article by National Public Radio estimates that 60 million individuals in the United States are affected by insomnia every year, and Ambien is easily the most widely prescribed medication to treat such sleep issues. Forbes agrees, stating that in 2011, over 40 million prescriptions for Ambien were written. The drug is prescribed more than even Percocet or prescription ibuprofen, according to Marie Claire.

Ambien, which is the brand name for the drug zolpidem tartrate, is a sedative hypnotic used to treat insomnia. It is recommended only for short-term use, as it has potential for both abuse and addiction even if taken as prescribed. Ambien can also be dangerous, according to CBS, as it was linked to 19,487 emergency room visits in 2010.

Ambien works by activating an excess of GABA, a neurotransmitter in the brain, which essentially slows down the brain. The Huffington Post describes the onset of Ambien as a quick one – it usually works within 20 minutes.

Ambien has been known to cause numerous side effects, including: 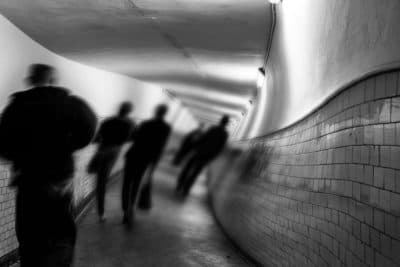 Ambien has also been linked to individuals engaging in activities while still asleep, called parasomnia. Individuals may drive, eat, shop, or have sex while on the medication, and have no recollection of doing so later. The medication can also cause nightmares or night terrors. The Huffington Post gives numerous examples of individuals engaging in crimes with no recollection of the events. A study published by the European College of Neuropsychopharmacology reports that in a Taiwanese study, 13 individuals out of the 255 involved in the study experienced parasomnia.

In January 2013, the United States Food and Drug Administration required the manufacturers of Ambien to lower the recommended dosage amount, due to evidence that some individuals had high amounts of the medication in their bloodstreams the morning after they had taken it. For example, as reported in a study published by the Journal of Clinical Psychopharmacology, the use of Ambien significantly impaired psychomotor and memory skills when taken four hours prior
to testing. This is especially true for women, who seem to metabolize
the active ingredient in Ambien more slowly than men do.

The National Institute on Drug Abuse describes drug abuse, in this case, as the use of Ambien in an inappropriate manner.

This includes using it for stress relief, to escape reality, or to induce pleasurable feelings.

Individuals who have been prescribed Ambien may take the drug more frequently than prescribed, in larger doses, or for a longer period of time that indicated by their physician. These activities are all classified as Ambien abuse.

According to the United States Drug Enforcement Agency, individuals who abuse Ambien will often take doses higher than those taken for therapeutic reasons. Ambien can be used recreationally by individuals for a number of reasons, due to its euphoric effects. Some individuals may use it with another depressant, such as alcohol, to add to its effects, or with stimulants, such as cocaine, to lessen the unpleasant side effects of those drugs. Some individuals use Ambien as a “date rape drug” due to its amnesiac properties.

Individuals who use Ambien as prescribed are at risk for physical dependence.

In this case, the body becomes accustomed to the drug being in the system, and individuals have most likely developed a tolerance, needing to increase their dosage of Ambien in order to experience the desired effects. They also frequently experience withdrawal symptoms if they go even a short time without Ambien. Some of the potential withdrawal symptoms include:

Without question, Ambien is a drug that can be abused, leading to serious physical, personal, and professional consequences. As with other substances of abuse, those struggling with Ambien abuse or addiction can get well via comprehensive treatment. Care begins with medical detox, progresses to therapy, and continues through aftercare, helping the person to find a firm foundation in recovery and in a balanced, healthy life.

ambienprescriptionsleeping pills
Prefer getting help via text?
We're available 24/7 via text message. Signup below for access to our team when its convenient for you!
and many more...
✕
Instantly Check Your Insurance Coverage
Your information is safe & secure
At River Oaks, we accept most types of private (non-government) insurance and offer a variety of payment options.
You can quickly and privately check your insurance benefits to see if you're covered for addiction treatment services. We’ll be able to tell you if your provider is in network with River Oaks Treatment Center and all American Addiction Centers locations.
This means your treatment may be FREE1 depending on your policy, copay, and deductible.
Get Help & ResourcesLearn aboutaddiction recovery at River Oaks.