Can Suboxone Be Abused?

Since 2002, Suboxone has been prescribed to help individuals recover from opioid addiction. This popular medication, which comes in the form of a small piece of film that dissolves under the tongue, includes a combination of the drugs buprenorphine and naloxone. When taken as directed under a physician’s supervision, Suboxone can support the user in recovery by easing opioid withdrawal symptoms, fighting cravings, and allowing the individual to stay focused on rehab.

Opioids are potent drugs that are used for legitimate medical purposes, including pain control, cough suppression, and the prevention of diarrhea.

This family of drugs also includes illicit substances like heroin.

All opioids, whether they are produced synthetically or derived from natural compounds, are chemically based on opium, a central nervous system depressant that is found in the opium poppy. Drugs in this category have a high potential for abuse and addiction, especially if they are taken incorrectly or used for nonmedical reasons.

Between 2010 and 2012, the number of prescriptions written for Suboxone and other sublingual forms of buprenorphine increased faster than the US population, according to the Journal of Substance Abuse Treatment. However, like other drugs in this family, Suboxone can be abused if it taken for non medical reasons. As this medication becomes more popular in the US, incidents involving addiction and overdose have also increased. The risk of abuse can be reduced with a comprehensive recovery plan that includes therapy, participation in support groups, and training in relapse prevention.

For years, pharmacologists and research scientists have been working to develop a pain-relieving medication that could serve as a less addictive alternative to morphine. One of the most successful medications developed in this effort was methadone. Originally synthesized in the 1930s, methadone was first used primarily as pain reliever. In the 1960s, in response to a disturbing increase in heroin addiction, methadone was used to help heroin addicts withdraw safely and avoid heroin abuse. Methadone was the first opioid that was administered in controlled doses at federally regulated clinics to assist in opioid recovery. 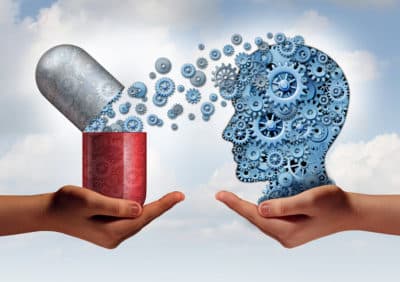 However, methadone use presented problems of its own, namely its potential for abuse. As an opioid in its own right, methadone can be very addictive. According to WebMD, methadone has become one of the most popular, widely prescribed pain medications in the US, with the number of prescriptions increasing since 1999. Because the body can take nearly 60 hours to process methadone, this opioid can build up in the system, increasing the risk of a fatal overdose. The Centers for Disease Control and Prevention has published disturbing statistics on the increase in fatal overdoses involving this medication:

Like methadone, buprenorphine, or Suboxone, is an opioid drug. Yet research indicates that buprenorphine is less addictive than methadone, and that it is less dangerous in overdose. In 2002, the U.S. Food and Drug Administration (FDA) approved buprenorphine, sold as Subutex and Suboxone, for use in the treatment of opioid dependence. Since then, buprenorphine has gained popularity because of its safety and convenience compared to methadone.

Why Is Suboxone Prescribed?

Suboxone includes a combination of buprenorphine and naloxone, a medication used to reverse the potentially fatal effects of opioid abuse. Buprenorphine is a central nervous system depressant that is prescribed to relieve pain as well as treat opioid addiction. But like other opioids, buprenorphine also suppresses vital functions like breathing and heart rate. If a user takes too much buprenorphine in order to achieve a euphoric effect, the person could experience dangerous side effects, such as:


Naloxone, which belongs to a category of drugs called opioid antagonists, was added to the drug Suboxone to reduce the risk of an overdose if the user should take too much of the medication. Suboxone is manufactured as a small piece of film, which dissolves under the user’s tongue. This sublingual film is considered to be more difficult to abuse than tablets, which can be crushed and inhaled or injected. In addition, the chemical formula of buprenorphine decreases the euphoric effects of this drug and prevents severe respiratory depression when it is used for recreational reasons.

Suboxone is prescribed as part of an opioid addiction treatment program to help relieve the unpleasant symptoms of opioid withdrawal. Opioids stimulate specialized receptor cells in the brain, nervous system, and other organs that help regulate sensations of pain or pleasure. When a user takes high doses of an opioid drug, the person can experience intense feelings of happiness, euphoria, or extreme sedation. With continued abuse, the brain becomes adjusted to these chemical changes, and the user can develop a compulsive need to take higher doses of opioids more frequently. If the user suddenly stops using opioids or cuts down on the dose, the brain and body react with withdrawal symptoms that resemble a severe cold or flu:


In addition to the physical effects of opioid withdrawal, individuals may experience intense cravings for these drugs, as well as psychological symptoms like irritability, anxiety, agitation, or depression. Suboxone is prescribed to help the user cope with withdrawal symptoms and cravings by reducing their intensity to a manageable level, so that the person can participate in treatment. Suboxone can be used in the detox phase of treatment to help control opioid withdrawal, or in the maintenance phase of recovery to allow the individual to function normally in daily life.

The treatment of opioid addiction with opioid drugs like methadone or Suboxone has always presented a dilemma for prescribers and patients. On the positive side, these medications allow the user to withdraw comfortably and safely from opioids like heroin or prescription painkillers. On the negative side, these medications can be abused themselves.

Opioid addiction is a powerful disease, and even those individuals who have been through treatment are vulnerable to a relapse. The American Society of Addiction Medicine (ASAM) estimates that nearly 2 million Americans are addicted to prescription opioid painkillers, and that over 500,000 abuse heroin. Opioid addiction is becoming an alarming threat to public health, with 46 individuals dying in the US from overdoses on opioid painkillers each day, according to ASAM. Like other opioid medications, Suboxone has a potential for abuse and addiction. It is most likely to be abused by people who have easy access to the drug, such as: 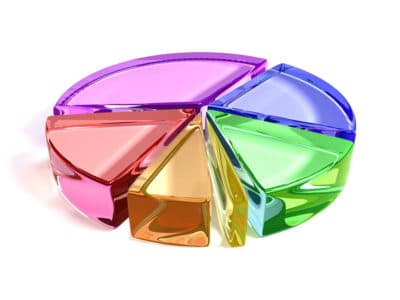 In all cases, this study showed that buprenorphine was more likely to be abused when taken as an oral tablet. Sublingual versions of this drug, like Suboxone, were less likely to be used for recreational reasons. Unlike the oral tablets, which can be crushed to intensify the effects of buprenorphine, the sublingual film is more difficult to abuse.
Statistics suggest that while buprenorphine abuse may be a small problem compared to heroin addiction or the abuse of other narcotic medications, there is still a potential for destructive and dangerous misuse. Because federal regulations on prescribing buprenorphine are less restrictive than the regulations for methadone, buprenorphine is easier for patients to obtain, which means that it is also more accessible for nonmedical use.

Detecting the Signs of a Problem

How can you tell if someone in your life is abusing Suboxone? The side effects of Suboxone abuse reflect its properties as an opioid and central nervous system depressant. Opioids slow down an individual’s breathing, heart rate, blood circulation, and metabolism, as well as mental functions. People who are misusing Suboxone may appear drowsy, confused, and sluggish, with shallow breathing and pale skin. Other physical side effects of Suboxone include:


The actions, attitudes, and emotions of someone abusing Suboxone will often change as well. Opioid abuse can cause an otherwise honest, open person to become secretive, isolated, and deceitful in an effort to obtain and use the drug of choice. An individual with a prescription for Suboxone may suddenly start running out of the medication before it is due to be refilled or attempting to obtain prescriptions from multiple doctors.

If an individual who is dependent on opioids suddenly stops or has to go without the drug, withdrawal symptoms will begin within 12-24 hours.

The individual may become moody, depressed, tearful, or anxious. Opioid withdrawal can cause severe agitation, restlessness, depression, and irritability, as well as physical symptoms that resemble the flu, such as chills, sweats, nausea, goose bumps, diarrhea, and body aches.

If someone with a legitimate prescription for Suboxone is abusing the medication, it is important that the person’s prescriber know that the drug is being misused. Suboxone can be fatal if taken in high doses, especially if it is combined with other central nervous system depressants, like alcohol, tranquilizers, or other opioids. Treatment of Suboxone abuse requires a combination of medical interventions and therapeutic support, including the following key components:

It is important to remember that opioid addiction is a chronic, progressive disease, not a sign of a lack of willpower. Getting a loved one to accept that help is needed for Suboxone abuse can be challenging, but intervention is often what it takes to motivate the individual to seek treatment and to avoid a potentially fatal opioid overdose.

matopiatesuboxone
Prefer getting help via text?
We're available 24/7 via text message. Signup below for access to our team when its convenient for you!
and many more...
Get Help & ResourcesLearn aboutaddiction recovery at River Oaks.