Amitriptyline: How Addictive Is It? 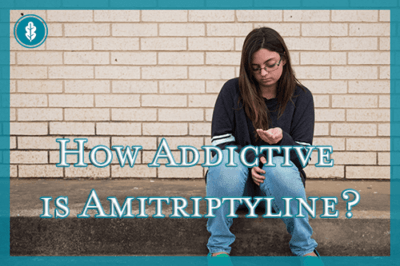 Other tricyclic antidepressant drugs similar to amitriptyline include desipramine (Norpramin), nortriptyline (Pamelor), and imipramine (Tofranil). This class of drugs works by blocking the reabsorption of several different neurotransmitters, including norepinephrine, serotonin, and dopamine.

The Food and Drug Administration (FDA) approved amitriptyline for the treatment of depression in the 1980s; however, since the development of newer antidepressant medications, such as selective serotonin reuptake inhibitors (e.g., Prozac), that have far fewer and less serious side effects associated with their use, tricyclic antidepressants like amitriptyline are no longer used as frequently.

Amitriptyline may also be prescribed for other uses that are not approved by the FDA, including for the treatment of different types of pain, migraine headache, and even ADHD. Amitriptyline is currently only available in the United States in generic forms, although it was once marketed under the brand name Elavil. It is not a controlled substance listed by the United States Drug Enforcement Administration (DEA), but it does require a prescription from a physician.

Common side effects associated with amitriptyline include:

Some of the signs of suicidality associated with amitriptyline use include: 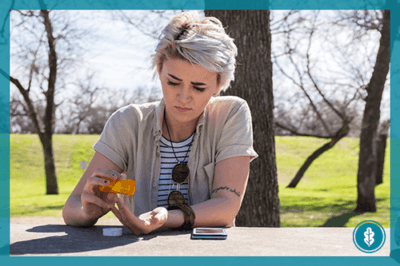 There are some anecdotal reports of specific individuals consuming very high amounts of amitriptyline to produce euphoria or experience hallucinations. Most of these reports are case studies, and many of them are decades old. The drug is not a significant drug of abuse as it does not produce euphoria, and attempts to use very high doses of the drug can increase the risk for serious side effects that would normally be rare, produce an overdose as a result of a toxic state, and cause organ damage, such as liver, kidney, and cardiovascular issues. An overdose of amitriptyline could be potentially fatal.

Overall, the abuse potential of amitriptyline and other antidepressant medications is low. If they were potentially significant drugs of abuse, the DEA would list them as controlled substances.

Thus, amitriptyline and other antidepressant medications are not considered to be “addictive” in the sense that they are highly sought after drugs of abuse, and there is no identified antidepressant substance use disorder that is recognized by any clinical body such as the American Psychiatric Association. However, individuals who abuse drugs may attempt to abuse nearly any drug, including over-the-counter medications like aspirin, prescription medications, and any other drug they believe may produce the desired psychoactive effects they seek. Therefore, occasional attempts to abuse drugs like amitriptyline do occur.

Individuals who attempt to use amitriptyline recreationally and use it in large doses are at risk to develop serious issues with antidepressant toxicity and overdose.

An overdose of a tricyclic antidepressant medication can be extremely serious.

Most often, an overdose on amitriptyline or other tricyclic antidepressant medication is either accidental or a suicide attempt. These medications have a very narrow therapeutic window and can be toxic at doses that are not significantly higher than the recommended dose. Treatment for an overdose typically includes the use of intravenous fluids, activated charcoal, norepinephrine injections if there are cardiac issues, and benzodiazepines if seizures occur.

Amitriptyline is an older antidepressant medication that still has some medical uses. It is not a significant drug of abuse even though its continued use for more than a few months may result in the development of a mild syndrome of physical dependence. It is not listed as a controlled substance listed by the DEA, nor is it a highly sought-after drug of abuse. There are some reports of individuals using amitriptyline for recreational purposes, but these are relatively rare. Individuals who take large doses of the drug are at significant risk for overdose effects, which can be serious and even fatal.