At American Addiction Centers, we strive to provide the most up-to-date and accurate medical information on the web so our readers can make informed decisions about their healthcare.

Our reviewers are credentialed medical providers specializing in addiction treatment and behavioral healthcare. We follow strict guidelines when fact-checking information and only use credible sources when citing statistics and medical information. Look for the medically reviewed badge ( ) on our articles for the most up-to-date and accurate information.

If you feel that any of our content is inaccurate or out-of-date, please let us know at ContactAAC@ContactAAC.com.

Amitriptyline, once marketed under the trade name Elavil, but now only available as a generic drug, is an tricyclic antidepressant medication widely used to treat clinical depression and certain types of neuropathic pain.1

Tricyclics were first introduced in the 1950s and 1960s as one of the earlier classes of antidepressant medications.1 More recently, other classes of medications, such as selective serotonin reuptake inhibitors (e.g., Prozac, Zoloft, etc.) and atypical depressants (e.g., Effexor, Cymbalta, Wellbutrin, etc.) have, to some extent, supplanted the use of tricyclics and other earlier-generation agents for the treatment of depression. The preference by many prescribing physicians today is to use SSRIs or atypical antidepressants as first-line treatments, as these drugs have fewer side effects than tricyclics like amitriptyline.2 However, the tricyclic antidepressants remain similarly effective as some newer drugs in their overall ability to reduce the symptoms of MDD, and they continue to be used for a number of off-label purposes such as migraine prophylaxis and management of chronic pain states.1

Mechanism of Action of Amitriptyline

Amitriptyline’s therapeutic properties stem from its ability to inhibit the reuptake of several different neurotransmitters in the brain, particularly norepinephrine and serotonin.3

Although it is  Food and Drug Administration (FDA) approved for the treatment of clinical depression, the drug is also used by physicians for several other medical reasons, including:1

Though tricyclic antidepressants aren’t as frequently utilized as primary approaches to the treatment of MDD, they still may be used for this purpose. Certain individuals may have better success with drugs like amitriptyline than they do with newer antidepressants.

The abuse liability of amitriptyline and many other antidepressants is extremely low. Some people mistakenly believe that since these drugs are used to treat severe depression, they might elicit euphoria in high doses or in individuals who are not depressed. This is not the case.

Antidepressants do not work by producing the opposite effects of depression (e.g., mania, extreme happiness, etc.). Instead, they are believed to be instrumental in restoring a neurochemical balance to the brain that helps people to better manage MDD. Taking large amounts of amitriptyline will not make you extremely happy, euphoric, giddy, etc. In fact, taking large doses of amitriptyline may be more likely to result in certain pathological cardiac changes and other signs of toxicity and overdose.3

The risk of developing ADS as a result of using amitriptyline may be increased for individuals who:

Other factors, such as individual differences in metabolism, emotional makeup, etc., can influence whether or not a person develops ADS.5 The withdrawal symptoms associated with discontinuing antidepressant medications are relatively rare compared to other types of prescription medications for which pronounced physiological dependence may develop (e.g., benzodiazepines like Valium or opioid drugs like OxyContin).

Overall, it appears that approximately 20 percent of people who have been using antidepressant medications for more than eight weeks and suddenly stop using the medication develop some symptoms of withdrawal, and most of these symptoms are very mild. Reliable figures for withdrawal associated specifically with the use of amitriptyline are not available.6 The symptom profile associated with ADS can be quite variable. Some people will display very mild symptoms; others may display numerous symptoms or just one or two serious symptoms.6

Symptoms that have been reported in individuals who are believed to be undergoing withdrawal associated with discontinuing amitriptyline include:6

In some cases, individuals who experience hallucinations during withdrawal, which is very rare, may be experiencing a more severe manifestation of some other mental health condition, such as bipolar disorder or psychotic disorder.6

It is known that antidepressant medications that affect the neurotransmitter serotonin, such as amitriptyline, are more likely to be associated with ADS if a person is abruptly taken off the drug after using it for more than 6-8 weeks. The general pattern of withdrawal from amitriptyline could be expected to progress according to the timeline below, though there may be quite a bit of individual variability involved.6

How Is the Withdrawal Syndrome Managed? 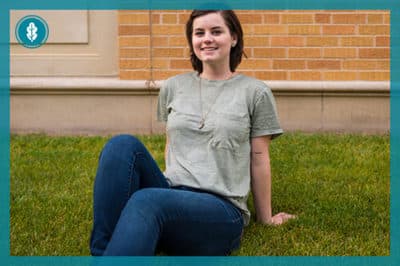 Withdrawal from amitriptyline is not considered to be significantly dangerous unless the person begins to feel suicidal or has hallucinations as a result of some other disorder. Anyone who is undergoing any withdrawal syndrome may have issues with concentration, judgment, and memory that may lead to functional issues that could potentially be dangerous. In addition, individuals who experience vomiting and diarrhea may be at risk for dehydration, which can lead to significant health issues. Anyone who has been taking amitriptyline and wishes to discontinue the drug should only do so under the guidance of a physician.6

In some cases, physicians may use other medications to treat specific symptoms, such as headaches, nausea, etc.; however, there is no specific medication designed to address withdrawal from amitriptyline currently. Since the withdrawal process is mild for most individuals, use of a tapering approach appears to be sufficient in nearly every case.6

Shirley received her MD from the University of Western Ontario. She trained in family medicine and has experience working in laboratory medicine, medical education, medical writing, and editing. Shirley recently completed a MHSc in Translational... Read More