Lamictal Abuse: Signs, Side Effects, and Getting Treatment

Lamictal is the brand name for the antiepileptic medication lamotrigine, which is FDA-approved to treat epileptic seizures and stabilize moods in people diagnosed with bipolar disorder. Typically prescribed in an extended-release format for ongoing and long-term management of symptoms, Lamictal comes in tablet form: as a chewable tablet and as a tablet that dissolves in the mouth.

Lamictal has anticonvulsant properties as it is believed to slow down some of the hyperactive electrical impulses and nerve firings in the brain that can lead to seizures. It is usually taken once or twice a day to keep symptoms in check. Lamictal is generally considered to be more helpful in managing the depressive symptoms of bipolar disorder, which is a mood disorder characterized by intense and significant mood swings from extreme “highs” (manic episodes) to very low “lows” (depressive episodes), than the manic symptoms.

Lamotrigine is thought to work to decrease the activity of some of the brain’s excitatory neurotransmitters, or chemical messengers that induce stimulation while activating inhibitory neurotransmitters like GABA, which acts like a natural sedative and tranquilizer, slowing down nerve firings, the journal Neuropsychiatric Disease and Treatment publishes.

Lamictal may be abused in an attempt to self-medicate emotional symptoms, as a method of escaping reality or coping with stress, or to produce a pleasurable “high.” The abuse potential of Lamictal is likely not as great as that of other prescription medications, but it may still be abused, which can be dangerous and risky.

NIDA warns that about 14 percent of people who misused a prescription drug in the past year suffer from abuse of and dependence on the substance.

Lamictal may be abused by chewing the non-chewable versions of the tablet or by crushing them and then snorting, smoking, or injecting the resulting powder. This will send the entire dosage into the bloodstream all at once instead of the medication being digested and broken down in the stomach and by the gastrointestinal system.

Lamictal is often formatted in an extended-release formulation, which is designed to be time-released in the body over a set amount of time. Crushing it can bypass this controlled-release function and cause the whole dose to take effect at once. This can be highly dangerous and increases the risk for a fatal overdose.

Possible Side Effects of Lamictal Use and Abuse

Pharmacy Times explains that Lamictal has a “black-box” warning to let people know that it may cause serious and even life-threatening skin rashes in some cases. Children, or people who are also taking valproate or valproic acid with Lamictal, may be at an increased risk for developing Stevens-Johnson syndrome, or toxic epidermal necrosis, which is a rare and potentially fatal skin reaction and disorder of the skin and mucous membranes.

Lamictal may also interfere with emotional regulation and can increase potential suicidal ideations and actions. The National Alliance on Mental Illness(NAMI) reports that antiepileptic drugs like lamotrigine may double the number of suicidal thoughts or behaviors in a person. More mood disturbances, such as increased anxiety, aggression, hostility, irritability, agitation, impulsivity, mania, and restlessness, may be possible side effects of Lamictal.

Further potential side effects of Lamictal, as published by the US National Library of Medicine (NLM), can include:

Abusing Lamictal increases all of the potential side effects. Recreational use of the drug can also make a person more likely to do things they wouldn’t normally do, as it can interfere with normal and rational thought processes and decision-making abilities. Vulnerability to injury, accidents, and consequences of unsafe sexual encounters increase with Lamictal abuse. Long-term side effects of Lamictal abuse can include an increased incidence of drug dependence and likelihood for addiction.

Abusing Lamictal increases all of the potential side effects. 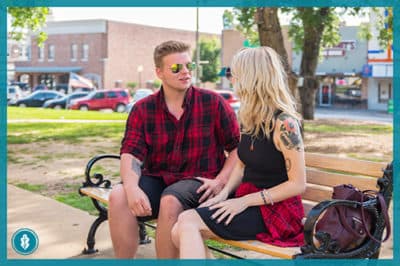 Addiction is a brain disease. In addition to physical ramifications on a person’s body and health, it also brings emotional, social, and behavioral costs. Someone struggling with addiction is more likely to take bigger risks while under the influence of Lamictal and may not be able to think through or care about potential consequences of their actions. They may spend most of their time trying to figure out how to get more of the drug, taking it, and then recovering from the crash that often follows a drug high. Individuals may seek out additional prescriptions of Lamictal even if they don’t have legitimate medicinal reasons, potentially “doctor shopping,” or going to more than one doctor to try and get it. They may take more Lamictal at a time than they are prescribed, take it more often than they are supposed to, or keep taking it after there is no longer a medical reason to do so.

Drug-seeking behaviors are common signs of addiction, and individuals may steal, buy, borrow, or ask for these medications from friends or loved ones. Any nonmedical use of Lamictal is abuse and cause for concern.

Signs of addiction can include:

Getting Help for Misuse of Lamictal

Treatment options for Lamictal abuse and addiction are varied and should be catered to the specific individual. Someone who hasn’t been struggling with abuse of the drug for very long and who does not suffer from significant Lamictal dependence may do great in an outpatient treatment program. A step up from outpatient services are intensive outpatient programs (IOPs), which are helpful for people who need the structure and methods of an inpatient program but who may also have work, school, or family obligations that require them to be home in the evenings. Residential or inpatient addiction treatment programs provide the highest level and standard of care, with supervision, structure, and stability around the clock 24 hours a day, seven days a week.

Lamictal can cause a person to suffer from withdrawal symptoms that may become significant if the medication is stopped suddenly, or “cold turkey.” If a person has been taking or abusing the drug for any length of time then medical detox may be the first stage of a treatment program. A medical detox program will slowly lower the dosage of Lamictal safely over a scheduled amount of time to minimize the potential for seizures, sleep disturbances, physical discomfort, and significant mood swings that can accompany the drug’s withdrawal. Withdrawal symptoms generally begin within the first 12-24 hours of stopping Lamictal and can last several days to weeks. Tapering, or slowly weaning off Lamictal, can help to minimize these potential withdrawal symptoms.

Other medications, such as antidepressants, may be helpful during withdrawal and medical detox. A medical detox program usually only lasts a few days until a person is physically stable and can enter into a drug addiction treatment program.

If you or someone you love is struggling with substance abuse issues and are unsure of where to turn, call us today at . River Oaks, one of American Addiction Centers’ medical detox center near Tampa, is ready to help you overcome addiction and find long-term recovery. Call us today to learn more about addiction treatment near you.