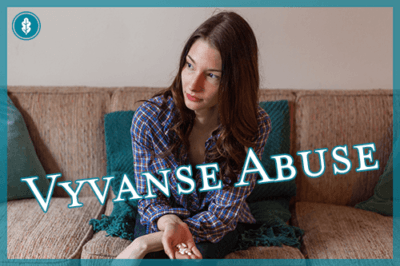 This stimulant medication is designed to be safer and less addictive than previous stimulant drugs which used amphetamines to immediately impact symptoms of ADHD. Drugs like Ritalin and Adderall have proven to be addictive and at high risk for abuse.

Vyvanse is still a stimulant drug, and dextroamphetamine still causes a high like other amphetamines. While Vyvanse may not be as intense if crushed and snorted or smoked, abusing the drug orally still leads to a high. The Drug Enforcement Administration (DEA) has listed Vyvanse a Schedule II medication because it is an important treatment for some medical conditions, but it is also risky and could lead to addiction in some people.

The DEA estimates that, in 2007, around 10 percent of US children between the ages of 4 and 17 received a diagnosis of ADHD, and about two-thirds of that group received treatment, which included stimulant ADHD medications like Vyvanse. Additionally, about 4 percent of the US adult population has an ADHD diagnosis, and many receive treatment. This means that stimulant drugs like Vyvanse are easy to find, and they are at risk for being diverted and abused by those without a legitimate medical need for them. The number of prescription stimulants prescribed increased 39 percent from 2007 to 2011.

The group most often associated with abuse of stimulant medications like Vyvanse is college students. The rise of “study drugs” in the 1990s, as more children who received Ritalin prescriptions entered high school and college, alerted parents to the diversion of these medications. Students under pressure from exams and papers may take stimulant drugs to improve their academic performance; stimulants keep them awake all night, focused on the tasks at hand, and energetic enough to complete large, stressful projects. While these drugs may feel like they are helping, they are more likely to reduce a student’s ability to retain information, and the crash after taking the drugs puts the student at risk academically and behaviorally. They will likely begin craving Vyvanse or Adderall to avoid the unpleasant symptoms experienced after the drug wears off. 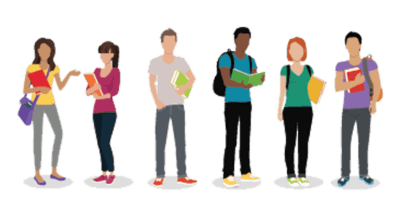 Study drugs are still a huge problem among high school and college kids, but they are also increasingly abused by young adults entering a competitive workforce. Often, with effective long-term treatment beginning in childhood, ADHD symptoms improve in adulthood. A lengthy study, starting in the 1970s, found that 95 percent children diagnosed with ADHD and appropriately treated did not experience the disorder by the time they were 38 years old. However, those who struggle with stimulant abuse and addiction, especially beginning in adolescence, are more likely to continue struggling with addiction into adulthood; the kids who began abusing drugs to help them study continue to find excuses to abuse these drugs.

Additionally, Vyvanse in particular may see a spike in diversion because it is becoming widely available to more adults. The Diagnostic and Statistical Manual of Mental Disorders, Fifth Edition (DSM-5) updated several eating disorder definitions, including the definition of BED, which may change how Vyvanse is prescribed to treat this condition. However, adults are typically diagnosed with BED, not children, so more adults may be exposed to a potent stimulant drug. As a result, these adults may then struggle with abuse and addiction.

The group most often associated with abuse of stimulant medications like Vyvanse is college students.

Addiction to Vyvanse Leads to Dangerous Side Effects

Signs of addiction to drugs, including Vyvanse, may include:

The Food and Drug Administration’s (FDA) label information for Vyvanse reports that signs of chronic intoxication on the stimulant include:

There are more common side effects associated with Vyvanse, and people who take this medication as prescribed may experience some of these. People who abuse Vyvanse for nonmedical reasons are more likely to develop these side effects, which can include:

More severe side effects from consuming too much Vyvanse may include:

Treatment for Vyvanse Addiction Is Available

Overcoming addiction to Vyvanse is essential. The drug can be dangerous in large doses, and people who abuse the substance for a long time may suffer permanent psychosis or damage to their heart.

While there are no drugs to ease withdrawal symptoms associated with Vyvanse or other stimulants, working with medical professionals to safely detox is the first step in the recovery process. Medical professionals can use over-the-counter medicines, or small doses of prescription drugs, to ease some withdrawal symptoms like nausea or insomnia. They will monitor the person’s physical health during the detox process to ensure that the individual does not have chronic health problems that require treatment.

After detox, the person must enter a comprehensive rehabilitation program that provides behavioral treatments like therapy to change reactions to stress and triggers. Rehabilitation essentially trains the person to stay away from intoxicating substances and make healthier choices to manage emotional and mental struggles.