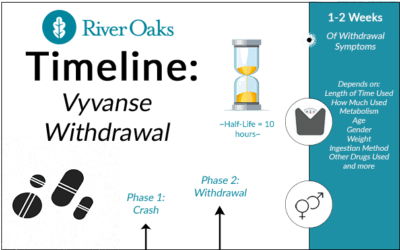 Vyvanse is the brand name for a prescription stimulant, lisdexamfetamine dimesylate, which is prescribed to treat attention deficit hyperactivity disorder (ADHD) in children and adults. This medication can also treat moderate to severe binge eating disorder, and it may be prescribed off-label to manage sleep disorders like narcolepsy.

The Drug Enforcement Administration (DEA) lists Vyvanse as a Schedule II substance, meaning it has an important medical use, but it is potent and addictive. Other drugs, like oxycodone and hydrocodone, are also Schedule II for similar reasons.

Why Is Vyvanse Prescribed and Abused?

Because of struggles with Adderall and Ritalin, which are amphetamine-based stimulant ADHD medications, Vyvanse was developed to reduce the risk of abuse and addiction. The drug must be processed in the gastrointestinal system before lisdexamfetamine dimesylate can be broken down into the active stimulant, dextroamphetamine. However, Vyvanse is still abused, and if a person without a legitimate prescription takes this drug, they could develop an addiction to it.

People who struggle with addiction to drugs like Vyvanse are more likely to experience serious side effects, including heart problems, high blood pressure, and mental health changes. If the person attempts to quit Vyvanse without tapering off the drug or without supervision of medical professionals, they are at risk for withdrawal symptoms, which could become serious. People who attempt to stop taking potent drugs like Vyvanse without the help of a detox program are also at risk of relapsing back into substance abuse and overdosing on the stimulant.

Even people who take Vyvanse as directed may experience some withdrawal symptoms if they decide to stop taking this medication, with help from a medical professional. Their doctor will likely help the person taper their use of the stimulant.

Even so, the Food and Drug Administration (FDA) notes in their information on Vyvanse that withdrawal symptoms can be experienced during this process. 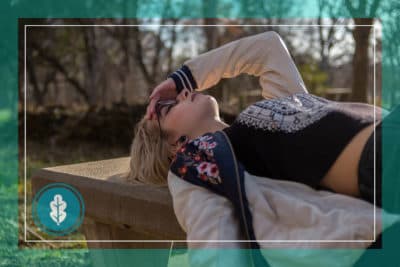 A crash from stimulant medications like Vyvanse is not exactly withdrawal, although it could be the beginning of withdrawal symptoms. When a person first receives a prescription for Vyvanse, their doctor will start them at the lowest dose possible and adjust the medication over time, depending on what the patient needs. At a lower dose, Vyvanse will wear off after several hours – typically in the afternoon, for those who take two Vyvanse doses per day – or it can occur if the person forgets to take their medication.

Signs that a person is experiencing a Vyvanse crash include:

People who are taking Vyvanse to manage ADHD may experience a return of some of their symptoms, like high energy and trouble focusing on tasks. This is because the drug is leaving the body, so it no longer affects the individual as it should.

A person who takes Vyvanse as prescribed and experiences a crash may need more of the drug so they can manage their symptoms consistently. However, the drug metabolizing out of the body is part of detox, which is what leads to withdrawal symptoms. People who abuse stimulants like Vyvanse may take so much of the substance that they do not experience this midday crash, or they may take such high nonmedical doses that they experience crashes more often and more intensely.

Abusing drugs like Vyvanse is very dangerous. When too much of the substance is in the body, it can lead to physical dependence and tolerance, so the person may feel like they need to constantly take a lot of Vyvanse to feel normal. If they are suddenly unable to take the drug, or they want to quit abusing the substance, their withdrawal symptoms are likely to feel more intense than just a Vyvanse crash.

A 2012 study published in the Journal of Clinical Psychology reported on the withdrawal symptoms associated with Vyvanse. In a group of 116 participants between 18 and 65 years old, 56 of whom took lisdexamfetamine dimesylate and 60 of whom took a placebo, most experienced symptom relapse within one to two weeks of stopping the medication.

During the first week of withdrawal, a person taking Vyvanse can expect withdrawal symptoms to include:

In the second phase, which lasts a few days to one week, the person may experience other withdrawal symptoms including:

After one to two weeks, depending on the dose, Vyvanse withdrawal symptoms will go away.

Among people who abuse Vyvanse for nonmedical reasons, these symptoms may become intense, especially without medical oversight. A person who struggles with cravings and psychological symptoms like depression may relapse back into Vyvanse abuse, which could lead to overdose.

If a person overdoses on Vyvanse, it is important to call 911, so they can get emergency medical attention immediately. 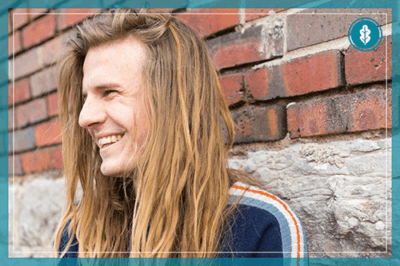 While some addictive substances, like alcohol and opioids, have medication-assisted therapy interventions, there are currently no medications that directly manage amphetamine withdrawal symptoms. However, a person who abuses Vyvanse or other stimulant drugs must seek help to safely detox. A doctor can ensure that their patient receives treatment for psychological withdrawal symptoms through therapy. The supervision physician can also ensure that the patient receives treatment for other symptoms, like headaches or nausea, which can be managed with over-the-counter drugs or small doses of prescription medicines. These interventions ease symptoms, so the individual can stay focused on the detox process.

When they have safely ended their body’s dependence on Vyvanse, a rehabilitation program that specializes in stimulant abuse can help them overcome the behavioral aspects of addiction. Both inpatient and outpatient rehabilitation programs provide therapeutic approaches to understanding addiction, managing and avoiding triggers, developing better coping mechanisms for stress, and avoiding addictive patterns in the future.