Bipolar disorder is a mental health disorder that causes unusual and dramatic shifts in mood. Also known as manic depression, this disorder causes changes in mood that are much more severe than the normal day-to-day feelings that everyone experiences.

A depressive episode involves feelings of extreme sadness or hopelessness, while a manic episode involves extreme excitement and joy, sometimes accompanied by explosive anger and irritation. Some people also experience mixed states, which involve features of both mania and depression. 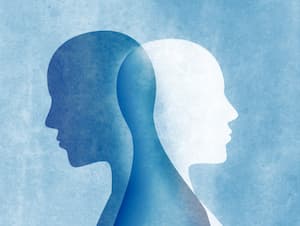 The National Institute of Mental Health (NIMH) reports that this disorder can sometimes lead to addiction. While the exact reasons for this link aren’t clear, one theory is that people with bipolar disorder may attempt to self-medicate using alcohol or drugs. Because mania can lead to a lack of impulse control, people with bipolar disorder may use addictive substances more than a person without this disorder. Substance abuse can trigger more severe prolonged symptoms in this disorder, so prompt and effective treatment of both the disorder and the addiction is key.

The Treatment Advocacy Center reports that approximately 5.5 million Americans have bipolar disorder, or 2.6 percent of the population. Fifty-one percent of these individuals go untreated.

Because symptoms tend to worsen over time if left untreated, the likelihood of substance abuse and addiction increases if treatment for bipolar disorder is not sought, or the prescribed treatment plan is not followed. Treatment of bipolar disorder is typically very effective, and control of symptoms is possible through various means, including medication and therapy.

NIMH lists the symptoms of mania as the following:


The symptoms of a depressive episode may include:

Some people with bipolar disorder experience less extreme mood episodes. This may include hypomania, a less severe form of mania. While affected people may not realize their behavior is unusual during a period of hypomania, friends and loved ones may recognize that their behavior is different.

Another mood episode a person may experience is a mixed state. This may involve feeling agitated, having trouble sleeping, feeling energized, and feeling sad or hopeless. More severe mood episodes may be accompanied by psychotic features. The person experiencing the mood episode may have delusions or hallucinations, which can lead to a misdiagnosis of schizophrenia.

Rapid-cycling bipolar disorder is another variation of this disease; in this manifestation, the individual moves very quickly between mood episodes, experiencing four or more different episodes within one year. This is more common among people who develop the disorder at an early age. A study published in the Journal of the American Medical Association found that rapid cycling in bipolar disorder was associated with higher rates of addiction. Those with rapid cycling may be more likely to self-medicate with alcohol or drugs, or the drug abuse itself may trigger the rapid cycling.

There are four diagnoses for bipolar disorder listed in the Diagnostic and Statistical Manual of Mental Disorders 5 (DSM-5):

According to NIMH, bipolar disorder tends to run in families. People with a family history of the disorder are much more likely to develop it than those who do not have such a history. Studies have shown that in addition to genetics, disruptions to normal brain development during adolescence can also contribute to the development of bipolar disorder. MRI imaging has shown that a certain pattern of brain development is common to various disorders that cause unstable moods.

Bipolar disorder typically develops during a person’s late teens or early adulthood. NIMH reports that at least half of all cases start before age 25; other people may develop symptoms during childhood or later in life.

The National Alliance on Mental Illness (NAMI) recommends that before a person is diagnosed with bipolar disorder, a doctor perform a physical examination and order lab tests in order to rule out underlying medical conditions. If no other condition is present that may be contributing to the symptoms experienced, the doctor may refer the individual to a psychiatrist. Other diagnoses, such as major depression, must be carefully ruled out before a diagnosis of bipolar disorder is given. A person must experience at least one manic or hypomanic episode in order to receive this diagnosis; some people may not be immediately aware that they have experienced this type of mood episode, especially if they experienced a less severe episode of hypomania.

Treatment of bipolar disorder must be ongoing due to the chronic nature of the illness. Consistent treatment of this disorder can help the affected individual to lead a full, successful, symptom-free life. Bipolar disorder tends to worsen over time if left untreated, so beginning treatment as early as possible is important.

Various types of treatments are available to those with bipolar disorder.

The Depression and Bipolar Support Alliance (DBSA) reports that participation in support groups can improve treatment compliance by over 85 percent and reduce inpatient hospitalization. Some people also incorporate alternative treatments into their approach, such as meditation and yoga.

Common medications for this disorder include mood stabilizers, antipsychotics, and antidepressants. Lithium and anticonvulsants can also be very helpful in the treatment of this disorder, with 40-50 percent of people who take lithium reporting a lessening of symptoms, according to DBSA. Most people have to try several different medications before they find the combination that works best for them.

According to NAMI, psychotherapy is an important element of treatment in bipolar disorder, and may include support groups and psychoeducation about the illness. Cognitive Behavioral Therapy (CBT) is commonly used with this disorder; it helps change patterns of negative thinking associated with depression. Family-focused therapy helps the individual complete a treatment plan by using their family support system. It also helps to repair relationships and strengthen the family unit as a whole.

Many types of therapy are available to people with bipolar disorder, and there is no one right way to approach treatment. Individuals who are treated with both medication and psychotherapy are more likely to improve and maintain that recovery.

bipolarco-occurring disorders
Prefer getting help via text?
We're available 24/7 via text message. Signup below for access to our team when its convenient for you!
and many more...
✕
Instantly Check Your Insurance Coverage
Your information is safe & secure
At River Oaks, we accept most types of private (non-government) insurance and offer a variety of payment options.
You can quickly and privately check your insurance benefits to see if you're covered for addiction treatment services. We’ll be able to tell you if your provider is in network with River Oaks Treatment Center and all American Addiction Centers locations.
This means your treatment may be FREE1 depending on your policy, copay, and deductible.
Get the Info & Help You Need