Heroin is a highly addictive opioid that can be injected, smoked, or inhaled by sniffing or snorting it.1 Heroin is converted into morphine when it reaches the central nervous system. When morphine connects with opioid receptors, it activates them to diminish pain signaling. Opioid receptor activation may also be accompanied by a pleasant rush, which helps to reinforces patterns of compulsive misuse.2

In addition to dependence and addiction, heroin use can have serious negative impacts on physical and mental health. Some of these health effects are unique to certain methods of use.2, 3

What are the Health Effects of Smoking vs Snorting Heroin?

Smoking and snorting heroin may not have the same stigma that needle drug use carries; however, heroin use—regardless of the path of administration—can be very dangerous, with the potential to kill people in overdose situations.4, 5

Snorting and smoking heroin also have their own unique negative impacts on the body in addition to the effects listed above.

For example, there are several case study examples of bronchospasm and potentially deadly asthma exacerbations in the setting of heroin inhalation in the scientific literature.9 Another study published in the CHEST Journal found that smoking heroin is associated with a decline in lung function among people with chronic obstructive pulmonary disease (COPD) and higher rates of respiratory illnesses.8

Over time, snorting heroin can inflame and damage the mucosal surfaces inside the nose. People who snort heroin may erode the delicate nasal tissues to the point of perforating their septum (i.e., a hole in the tissue that separates the two sides of the nose) or suffer from chronic nosebleeds and other upper respiratory health issues.3, 10

Drug abuse can have devastating effects not only on an individual’s physical and mental health, but also on the person’s functioning and behavior. Compulsive seeking and misuse of heroin despite consequences to their health, home-life, career, or academics indicate addiction (also known as opioid use disorder). Opioid use disorder (OUD) is a treatable form of mental condition that should be diagnosed by a medical professional.11

Though ideally a formal diagnosis of opioid use disorder will be made by a healthcare professional, in some instances of compulsive use, loved ones can observe changes in behavior that result from a drug problem. Unusual changes in mood and sleeping patterns, lapses in performance in work or school, and sudden changes in friends and hobbies can all be warning signs that someone has developed a drug problem.12

Getting Help for Heroin Addiction

Heroin addiction can be a devastating illness. However, it is treatable. While addiction treatment is a highly individualized process, there are various evidence-based methods that can help someone down the path of recovery and long-term sobriety.13

Often, the first step is medical detox. Physiological dependence to opioids like heroin can result in powerfully unpleasant withdrawal symptoms as people adjust to functioning without the drug.14

Opioid withdrawal is seldom life-threatening, but the symptoms can be painful and uncomfortable enough to lead some people to relapse.11 A supervised medical detox can make the heroin withdrawal process safer and more comfortable by administering medication that eases cravings and withdrawal symptoms and providing 24/7 supervision and monitoring in case of emergency.

In many cases, medication-assisted treatment will continue well after detox ends to maintain someone in recovery in the longer term.

Rehabilitation treatment can be provided in a variety of settings and lengths of time based on the patient’s unique needs.13

Following rehabilitation, former patients often benefit from one or more forms of aftercare. This may mean staying at a sober-living facility or simply attending weekly meetings in a peer-support program.15

For many, recovering from heroin abuse is a lifelong process that often benefits from professional help. If you or a loved one is struggling with addiction, please reach out to an admissions navigator at to learn about the treatment programs in Tampa and care provided at River Oaks. 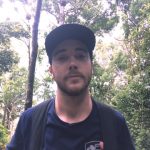 heroiningestionopiatesnorting
Prefer getting help via text?
We're available 24/7 via text message. Signup below for access to our team when its convenient for you!
and many more...
✕
Instantly Check Your Insurance Coverage
Your information is safe & secure
At River Oaks, we accept most types of private (non-government) insurance and offer a variety of payment options.
You can quickly and privately check your insurance benefits to see if you're covered for addiction treatment services. We’ll be able to tell you if your provider is in network with River Oaks Treatment Center and all American Addiction Centers locations.
This means your treatment may be FREE1 depending on your policy, copay, and deductible.
Take the Next StepStart your journey toward recovery.