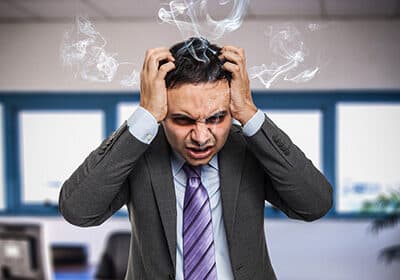 Prescription drug abuse continues to be a major issue in the US, and one of the main culprits is a class of prescription medications called benzodiazepines, or benzos. These medications, which have been around since the 1960s, have grown to become some of the most commonly prescribed drugs in the country. Unfortunately, they have also grown to become highly abused for their psychoactive effects.

Benzo abuse ranges from misuse of prescription medications to abuse of the substances as club and street drugs. Highly addictive when misused, these substances are also often the subject of improper prescribing practices. However, when safe, professional treatment is provided, these addictions can be managed and people who struggle with benzo abuse can achieve recovery.

Benzodiazepines are nervous system depressants that are normally prescribed to treat anxiety and panic disorders, as well as depression. According to information from Drugs.com, these medicines can also be used to treat:

Benzodiazepines make up a class of drugs that was originally developed to replace, when possible, the addictive and dangerous barbiturate drugs that had previously been used for similar indications. Benzo medications include such familiar medications as:

History of Benzos and Current Issues

When these drugs were originally formulated, the expectation was that they would have a lower addiction potential and be very safe. As a result, over time, they became some of the most prescribed medications in the country.

A study from JAMA Psychiatry indicates that more than 5 percent of adults in the US between ages 18 and 80 use benzos, with the highest levels of long-term use occurring in adults between 65 and 80 years old.

More women than men use the drugs.

In addition, benzos are used as club and street drugs to experience a calming, hypnotic effect. More and more youth and at-risk populations have started to use benzos illicitly as recreational drugs, especially in combination with other drugs like opiates and alcohol. This can be a highly risky combination due to the fact that these substances have similar actions and can exaggerate one another.

When Use Becomes Abuse 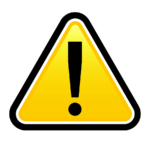 The main issue with benzos is their highly addictive nature. When prescribed and used properly, these medications are safe and effective for their respective uses. However, these drugs are often prescribed for longer periods of time than necessary, which raises the risk of abuse and addiction, according to a study in the Journal of Clinical Psychiatry.

This risk can also increase when people misuse their prescriptions, either by taking higher doses or by using the medicine more frequently than prescribed. As these drugs are misused – either too long, too much, or too often – the brain develops a tolerance to the medicine, meaning that more of the drug is needed in order to achieve the desired effect. In turn, this has a further effect on brain chemistry that makes the person crave the drug in order to feel good. This level of substance abuse can quickly
become addiction.

As with many drugs, a person’s risk of addiction to benzos can depend on the individual’s unique background and physical and behavioral traits, including:

A study in Comprehensive Psychiatry includes other risk factors that are predictive of how severe a person’s dependence on benzos might be, which include:

Signs and Symptoms of Benzo Abuse

Substance abuse, including abuse of benzos, is generally recognized through certain behaviors and attitudes, based on the criteria outlined by the American Journal of Psychiatry. These include:

In addition, some common physical and psychological symptoms of benzo abuse or addiction are:

As illustrated above, one of the major risks of long-term benzo abuse is addiction. In addition, there are both psychological and physical risks of abusing benzos. According to an article in American Family Physician, these include:

Benzos are often prescribed to older adults, which introduces further risk. A study in the British Medical Journal shows a link between long-term benzo use and abuse, and Alzheimer’s disease or other forms of dementia. In fact, the longer the term of use, the higher the risk of dementia.

When used recreationally, benzos are often combined with other drugs like opiates or alcohol. These combinations can result in respiratory suppression to the degree that a person stops breathing.

In order to avoid these physical and mental health risks, if benzo abuse or addiction is suspected, it is important to get treatment support – not only to stop use of the drugs, but also to avoid some of the dangerous symptoms of stopping benzo use.

Quitting benzos “cold turkey” can be dangerous and result in seizures, fever, and other symptoms that may be life-threatening.

For this reason, it is important to get help through professionals or at a facility experienced in the process of a tapered benzo detox process. This helps to minimize the risks of withdrawal, as well as to manage the other withdrawal symptoms described in a study from Addiction that may make it harder to avoid relapsing to abuse during the detox period. Withdrawal symptoms can include:

Once the detox process is complete, various therapies through a comprehensive addiction rehab program can help a person learn to understand the triggers of benzo use, manage cravings, and find alternative responses to the issues that underlie the person’s perceived need for benzos. With comprehensive care, a person can build a social support structure and purposeful life, and maintain the motivation needed to fully recover from benzo abuse and addiction.

Addiction treatment can be costly, but there are a few different ways to mitigate the costs. Please reach out to an American Addiction Centers admissions navigator at if you or a loved one is considering professional help for drug or alcohol recovery.