Does Addiction Run in the Family?

There is no single reason that drug addiction develops in one person who experiments with drugs or alcohol and does not occur in another person who uses substances in the exact same way. In most cases, there are multiple factors that contribute to the development of an addiction, and many of them have to do with one’s family and genetics.

Addiction disorder, or substance abuse at any level, does run in families, but there are a number of reasons for this, and none of them guarantee that someone who comes from a family in which substance use disorders are prevalent will certainly and unavoidably develop an addiction disorder. Additionally, whether or not there is a genetic predisposition for addiction, treatment can be effective in helping someone to safely stop using all substances and start living a life of balance, no matter what their past relationship with drugs and alcohol.

The National Council on Alcoholism and Drug Dependence, Inc. (NCADD) reports that no single gene has been connected with an increased risk for drug or alcohol addiction. Rather, according to the University of Utah Genetic Science Learning Center, there are a number of different genes that have been associated with the development of different types of addiction.

Few people will undergo genetic testing in order to determine whether or not they may have an increased likelihood – or not – of developing a dependence or addiction to a specific substance; however, this information may prove useful to researchers as they seek out a vaccine or other therapeutic or pharmacological approach to treating addiction.

Living among people who have a permissive attitude toward substance use and abusecan contribute to the development of an addiction. For example, if an individual grows up with family members who regularly drink heavily or use illicit substances, even if they try to hide the fact that they are using or under the influence, it sends the message to children that substance use and abuse are normal, an unquestioned part of adulthood. Even if parents work to tell kids not to drink or use drugs, their actions are far more impressive, and young people who want to more quickly transition into adulthood may seek out behaviors that are taboo.

Similarly, growing up in neighborhoods where people are commonly out and about under the influence, where there are liquor stores stacked with alcohol on every corner, or where illegal drugs are commonly bought and sold on the street, young people can get the impression that some level of use is practically unavoidable and that to use drugs and alcohol heavily is a viable and normal life choice.

There are a number of issues that can contribute to the notion that illicit substances or legal substances are actually safe – or even harmless – for use in any manner or amount. For example, many believe that because prescription drugs have the stamp of approval of doctors and pharmacists who dispense the medications they can be used by anyone, in any amount, or in combination with any substance. Many drive while taking these medications without realizing that their driving ability is impaired. Others drink while taking sedatives or painkillers without realizing that they are putting their respiratory system at risk.

Additionally, the legal status of drugs can have an impact on perception of harm. Few people view alcohol as the harmful substance it is, even though study after study points to the potentially fatal effects of even moderate drinking. Because it is legal, people even drink beyond moderation regularly without true consideration given to the potential risks.

When the predominant view is that a substance is legal and safe, use rates may increase, and with them, the rates of harm caused by use of the drug.

A permissive environment as well as a low perception of harm and active addiction among family members can all mean that certain substances are readily available to an individual. Constant exposure means that when stressors rise, peer pressure becomes a factor, or curiosity collides with one or both of those issues, the person will more easily be able to experiment with use of the drug.

Predisposed Does Not Mean Predestined 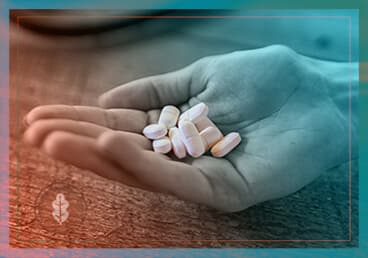 It is important to note that just because a person has family members who struggle with addiction and/or was raised in an area with high rates of drug use and easy accessibility to substances, it is not a given that the end result will be a personal battle with addiction. What a “genetic predisposition” means is that someone has a higher risk of developing an addiction should they use drugs and alcohol in large amounts and/or regularly. That is, it may be harder to stop if they start use of addictive substances and/or they may experience far more gripping withdrawal symptoms should they try to quit.

Additionally, the response to drug use may be different for people based on their genetic makeup. This means that one person who uses a certain substance may feel ill when they do so, causing them to be disinterested in continuing use. Others may feel good instead, triggering the pleasure pathway and reward system in the brain and causing them to crave that feeling early on in use.

In addition to genetics, environment, accessibility, and perception of harm, there are a number of other factors that have been shown to contribute to the likelihood that addiction will develop with use of an addictive substance. These include:

No matter what the cause of the substance use disorder, treatment can help. Comprehensive care that addresses all the issues driving ongoing use of the drug of choice can aid an individual in safely stopping use of all substances and starting to live a life of balance and hope.

Depending on the nature of the challenges that a client may be facing, the specific treatments and therapies that will be most effective will vary considerably. However, these will often include: