Written by: Editorial Staff
Edited by: Laura Close
Updated: May 03, 2022

Codeine is an opioid or narcotic drug. It’s found in cough syrups as a cough suppressant, and it still sometimes used for pain relief. It can be used to induce sleep, and it is still used for other purposes occasionally, such as to control cravings for sugar in diabetics.

Continue reading to learn more about codeine and: 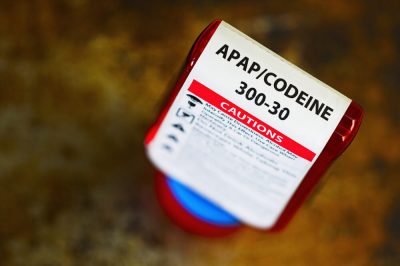 Although it has a number of medicinal uses, codeine is also a potential drug of abuse. When taken orally, the effects of the drug are typically felt within 20-30 minutes after using it and last from 4-6 hours.

It is typically taken orally in liquid form, such as in cough syrup, and it is often abused with other drugs, such as alcohol or other prescription medications.

It is sometimes abused with stimulant drugs including cocaine. Of course, mixing large amounts of codeine with any other drug can be a potentially dangerous and even lethal practice.

According to the National Institute for Drug Abuse, an emerging trend with younger individuals is to drink fairly copious amounts of codeine-promethazine cough syrup to achieve the euphoric effects of these drugs.

This medication is intended for individuals who have colds, the flu, or allergies. The promethazine component of the medication is an antihistamine, and the codeine is intended to be used as a cough suppressant.

Its use in large doses produces sedation, euphoria, and overall feelings of well being. Street names for this particular drug are lean, syrup, purple syrup, and sizzurp.

Both of these drugs can act as central nervous system depressants and be dangerous if taken in large quantities (see below). Actual statistics on the prevalence and demographics associated with codeine abuse are not readily available, but it is believed that most individuals who abuse codeine are younger individuals, such as children, adolescents, and young adults under the age of 25.

What Are the Effects of Codeine Abuse?

Because codeine is an opioid, its effects are similar to other drugs in its class, such as heroin and morphine. Codeine acts as a central nervous system depressant, producing:

Individuals abusing codeine will develop tolerance very quickly and need to take increasingly higher amounts of codeine to get the effects that they achieved earlier at much lower doses. This can result in individuals who chronically abuse codeine taking doses far in excess of what would be considered the maximum daily dose for this drug.

In addition, the development of tolerance in individuals is also often associated with withdrawal symptoms if the person abruptly stops using codeine, is unable to maintain the dosage that they are used to taking, or stops taking codeine long enough for levels of the drug in the system to decrease.

What Are the Symptoms of Codeine Withdrawal?

Codeine does have a relatively short half-life of about 2.5-3 hours, so withdrawal symptoms can appear relatively quickly in individuals who chronically abuse the drug.

Withdrawal symptoms and side effects from codeine abuse typically include:

When individuals mix codeine with other drugs that also have potentially serious physical effects and withdrawal symptoms, such as alcohol, other narcotic medications, and cocaine, there is a potential for the individual to develop seizures and other cardiovascular issues that can potentially be fatal.

Because tolerance to codeine develops rather quickly, there is always the potential for overdose.

Overdose on codeine or any opioid medication or drug is a potentially fatal situation because the depressant qualities of the drug can slow vital functions to dangerous levels, such as repressing heartbeat or breathing. If an overdose is suspected, call 911 immediately.

What Are the Signs of Codeine Abuse?

There are some indications that someone may be abusing a narcotic medication like codeine. According to the American Society of Addiction Medicine, some of the signs that may be observed are:

The American Psychiatric Association has a formal list of symptoms of opioid use disorders listed in the Diagnostic and Statistical Manual of Mental Disorders – Fifth Edition, which include the abuse of and or addiction to codeine.

These formalized symptoms include cravings, the negative impacts of drug use, using drugs more often or for longer periods than originally intended, difficulty quitting using the drug, and so forth.

A formal diagnosis of a substance use disorder, which includes both the notions of substance abuse and addiction, can only be made by a licensed mental health professional with experience in recognizing and diagnosing these symptom patterns.

Individuals who suspect that they, or someone else close to them, have a substance use disorder should contact a licensed health care worker, such as a psychologist or psychiatrist. 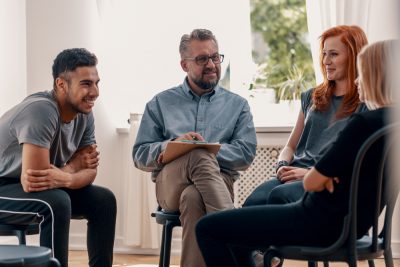 Once an individual agrees to get into treatment for their opioid use disorder, there are several considerations to make.

According to professional sources, such as the book Interventions for Addiction: Comprehensive Addictive Behaviors and Disorders, these primary considerations include the following:

One should consider enrolling the person in a medically assisted detox program, which can either be performed on an inpatient or outpatient basis. This program will likely use medications, such as opioid replacement medications or other medications, and institute a tapering program to minimize the discomfort of the withdrawal process.

This can ensure success in early recovery; however, it does not ensure later success. Individuals who complete this phase of their treatment will need to remain in treatment and address other issues.

People will likely participate in some form of counseling or therapy. Therapy will address issues that led to and maintained the substance abuse, help clients develop stress management techniques, help clients develop coping skills, and institute a program of relapse prevention. The therapeutic process is one of self-discovery, learning new skills and behaviors, and then instituting them.

Continued medically assisted treatment may be needed for some individuals to deal with certain psychological issues, medical complications, etc. This will require the consultation of a physician.

Provisions should be made for long-term success. For many individuals, this will include some form of long-term counseling or participation in social support groups. It is important that someone recovering from any substance use disorder makes significant changes to old habits, and establishes new, healthier habits, in order to maintain long-term recovery.

Are you or a loved one ready to get help for your codeine abuse, opioid use disorder, or another addiction? Our knowledgeable Admissions Navigators are standing by ready to help you. Call to learn more about your Tampa Bay addiction treatment options.

opiateprescription
Prefer getting help via text?
We're available 24/7 via text message. Signup below for access to our team when its convenient for you!
and many more...
✕
Instantly Check Your Insurance Coverage
Your information is safe & secure
At River Oaks, we accept most types of private (non-government) insurance and offer a variety of payment options.
You can quickly and privately check your insurance benefits to see if you're covered for addiction treatment services. We’ll be able to tell you if your provider is in network with River Oaks Treatment Center and all American Addiction Centers locations.
This means your treatment may be FREE1 depending on your policy, copay, and deductible.
Get Help & ResourcesLearn aboutaddiction recovery at River Oaks.