Dilaudid Abuse, Side Effects, and Withdrawal

Dilaudid (hydromorphone hydrochloride) is a narcotic or opiate pain reliever that is a full (or pure) opioid agonist. This makes dilaudid similar to morphine, methadone, heroin, oxycodone, and other opioid drugs, but it is significantly stronger than many opioid drugs.

Dilaudid’s mechanism of action is the same as other narcotic medications. It stimulates certain neurons in the brain to increase the pain threshold (to increase the amount of stimulation required to feel pain), resulting in the reduction of a person’s perception of pain. It is most commonly used as a method to control postoperative pain.

The United States Drug Enforcement Agency lists Dilaudid as a Schedule II controlled substance, indicating it has a high potential for abuse and addiction, and that it can only be legally purchased with a prescription from a physician.

According to the National Institute of Drug Abuse (NIDA), prescription medication abuse and overdose of prescription medications are increasing at alarming rates and are significant social concerns. Even though Dilaudid is a controlled substance, it has found its way into the graces of individuals who abuse opioid drugs. The Substance Abuse and Mental Health Services Administration and other sources such as the NIDA have reported that:

Are Certain Groups More Likely to Abuse Drugs like Dilaudid? 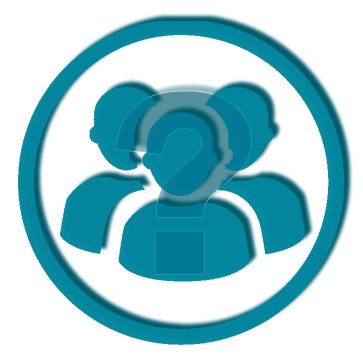 There is quite a bit of research that investigates the different types of risk factors that are associated with abusing prescription medications and even with abusing medications such as heroin, Vicodin, and other opioid medications. Risk factors are not direct causes, but indicate that individuals who have one or more risk factors have an increased probability of developing a particular disorder or disease. According to professional organizations, like the American Society for Addiction Medicine(ASAM), risk factors for opioid drug abuse include having a first-degree relative with a history of a substance use disorder, being in a lower social economic status, having a coexisting psychological disorder, having a history of family strife especially when one is younger, and peer pressure, among others.

Opioid medications all have a high potential for the development of physical dependence. Physical dependence consists of the syndromes of tolerance (needing more of the drug to produce the effects produced at lower dosages) and withdrawal (a physical and psychological reaction that occurs when an individual stops using certain drugs that the person’s system has learned to rely on). Because the quickest way to stop withdrawal syndrome is to begin to take the drug again, anyone attempting to stop using Dilaudid will be at a high risk for relapse if they do not have some formalized medical detox plan in place.

The withdrawal process from Dilaudid will depend on how much Dilaudid the person was taking, how long they have been taking the drug, how they have been taking the drug (direct routes of administration, such as injecting or snorting Dilaudid, will produce lengthier and more severe withdrawal symptoms that taking it in pill form), what types of other drugs they may have been using with Dilaudid, and other factors, such as individual differences in metabolism and physiology. In general, withdrawal syndrome from Dilaudid will follow this timeline:

Attempting to negotiate the withdrawal process by using a “cold turkey” approach is uncomfortable and has various potential dangers. While the withdrawal process from Dilaudid is not considered to be potentially physically harmful, individuals trying to endure the withdrawal syndrome on their own are risking a higher probability of relapse, potential mishaps due to accidents, or even in some cases the potential for self-harm (e.g., suicide attempts) due to the severe discomfort and depression that are associated with withdrawal. Given the advances in medicine, particularly in addiction medicine, it is not necessary for any individual to endure the full effect of the withdrawal symptoms from any opioid drugs like Dilaudid. Using medications and tapering strategies can eliminate most withdrawal issues. Approaches using herbs and other methods do not have sufficient empirical evidence to suggest that they are superior to a “cold turkey” approach or are even equivalent to a medically assisted detox approach.

In a medically assisted detox approach, a physician, such as a psychiatrist or addiction medication physician, supervises the individual going through withdrawal and administers medications to assist with the withdrawal syndrome.

The most common medications used are opioid replacement medications that can include methadone or Suboxone, which will minimize the withdrawal syndrome and trick the individual’s system so it will continue to function as if the addictive drug were still present. This avoids the severe aspects of withdrawal.

The physician will slowly taper down the dose of the opioid replacement medication (and other medications) on a declining schedule in order to help the individual to detox from Dilaudid and experience as few symptoms as possible. Other medications to counteract some of the symptoms of withdrawal, such as clonidine or baclofen, may also be used. The research indicates that this approach is far more successful than any other approach, although there is always an increased risk for relapse whenever anyone attempts to discontinue a drug that produces physical dependence.

One final word regarding recovery from a Dilaudid use disorder is needed. The choice to stop using a drug like Dilaudid should reflect an approach to attempting to remain drug-free and no longer engaging in substance abuse. The choice to detox from Dilaudid is only the initial stage in recovery from a Dilaudid use disorder. Just going through withdrawal or using a medical detox program will not “cure” one’s substance use disorder. In fact, there is no cure for addiction. Individuals will need to engage in long-term aftercare treatment that addresses many of the issues that drove the substance use disorder, teaches them new skills and coping methods, and assists them in developing a support system that is conducive to being drug-free over the long-term. Failure to engage in a comprehensive treatment program that includes aftercare is almost a sure sign that one will relapse in the near future.