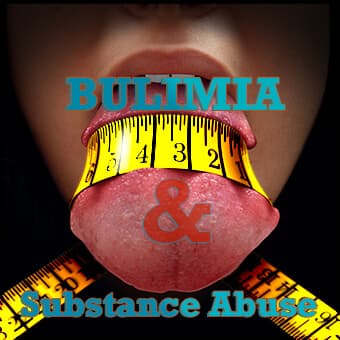 Bulimia is a form of mental illness classified under the category of eating disorders that presents with strong body dysmorphia and a compulsive desire to lose weight. The most common sign of primary bulimia is bingeing and purging. Typically, the sufferer feels an immense amount of elation while bingeing, followed by an equally immense amount of shame for having done such.

The second type of bulimia also involves binge eating, but purging is absent. Instead, compulsive exercise and periods of fasting are used to counter the weight gain that binge eating contributes. The lifetime prevalence of bulimia in the United States reaches around 4.7 million females and 1.5 million males. Recent research has pointed toward an upward trend of eating disorders in men. It is thought that men engage in binge eating far more than previously realized. However, instead of purging, they often exercise to obsessive levels to try to compensate for their poor eating habits. Per the Washington Post, the results of one Harvard study showed that 40 percent of binge eaters were males.

Bulimia is classified as a mental health disorder by the Diagnostic and Statistical Manual of Mental Health Disorders. Society is certainly a contributing cause. As the prevalence of showing more skin and the sexualization of both genders have increased in the media, so have the rates of hospitalization for eating disorders. USA Today reported a 24 percent increase in such between the 2008-2009 treatment year and a decade prior.

What to Look For

There are warning signs of bulimia, such as:

Family members who are concerned that someone they love may be suffering from bulimia should look for behaviors related to binging and purging. Restricting diet alone is not a strong sign of bulimia. Rather, individuals that go on binges and indulge in large amounts of food — usually their favorite junk foods and snacks — are more likely to be suffering from bulimia. That being said, the bingeing must be accompanied by purging. 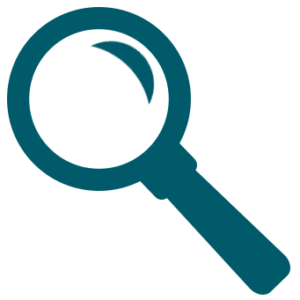 Sometimes, purging comes after a large binge. Sometimes, it immediately follows the smallest of meals. Regardless of how much food or drink is consumed, the sufferer feels compelled to rid their body of it. If your loved one is leaving the dinner table quickly after each meal and locking themselves in the bathroom with the water running, this is reason to be concerned. 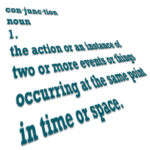 In many cases, bulimia is present alongside other disorders. Substance abuse is actually more common in people who binge and purge than in individuals with eating disorders who just limit their food intake, according to Social Work Today.

Co-occurring mental health disorders often afflict those with bulimia. Depression is quite common in these individuals, but often resolves after treatment is rendered, per Healthy Place. The journal of Psychosomatic Medicine reports 56 percent of girls with an eating disorder in one study also had co-occurring anxiety disorders.

Substance abuse has a few telltale signs of its own, such as:

Many people who battle bulimia will start out abusing drugs and alcohol and develop bulimia as a consequence. The mechanisms involved in these cases are not fully understood, but it is thought those who struggle with substance abuse may feel like they have lost control of many aspects of their lives and want to reinforce that they still have control by restricting their eating habits. In an International Journal of Eating Disorders study, while 21.7 percent of the typical female population had a history of abusing alcohol, 31 percent of women with bulimia did.

When It’s Time for Help

Without treatment, severe side effects often stem from bulimia. The risk of heart failure and kidney failure are high in cases of untreated eating disorders. Lowered caloric intake results in nutrient and fluid depletion that cause low blood pressure and irregular heart patterns. Since vomiting is a strong component of bulimia, dental erosion is a common side effect.

There is no quick fix for addiction or bulimia. Simultaneous treatment of both disorders is vital for a successful outcome. When family members suspect there is a problem, they often try to confront the individual and get shut down. Denial is very common for both of these illnesses. Sometimes, it’s not a matter of them lying to their family, but lying to themselves. Both bulimia and addiction are hard to justify to people who don’t understand how it feels to be in the shoes of the sufferer. For that reason, well-meaning family and friends often attempt to intervene without actually knowing how to relate to their loved one. This is where a professional interventionist should be brought in.

Since bingeing and purging are the crux of bulimia, outpatient treatment isn’t generally as successful for these clients. They need a more controlled environment where their behavior can be monitored closely. Allowing clients with bulimia to go home at the end of the day leaves too much room for engaging in purging activities like enemas, vomiting, and the use of diuretics.

Cognitive Behavioral Therapy (CBT) is often used to treat clients dealing with bulimia. Through CBT, they can learn how thought patterns affect behavior. Abnormal Psychology notes as much as 65 percent of people treated for bingeing and purging behaviors with CBT are able to stop.

Peer support is also a large part of substance abuse treatment. Peer support groups, like 12-Step meetings, and group therapy help clients to form interpersonal bonds with others who are in similar situations. Many leave treatment having development lasting, often lifelong friendships.

Drugs and alcohol have long-term effects even after the substance abuse stops, so long-term aftercare is needed after addiction treatment. Since bulimia inflicts the sufferer with compulsive feelings of disgust and low self-worth, it is important to focus on retraining the mind. Medications may sometimes be used to stimulate appetite and to help control depressive and intrusive thoughts. In addition, working with a nutritionist is often part of recovery from an eating disorder.

Bulimia and substance abuse are not disorders that must be tolerated. With the right treatment, complete recovery from both disorders is possible. Reach out for that help today.

co-occurring disorders
Ready to get started?
We're available 24/7 to answer questions and help you make decisions about starting recovery.
Take the Next StepStart your journey toward recovery.