The Connection between Anorexia and Substance Abuse 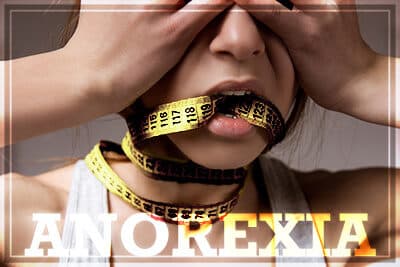 Anorexia is a mental health disorder, of which there are two types. The first is the most prevalent type that most people think of, in which sufferers starve themselves of nutrition. This is known as the restrictive type of anorexia. The second is the binge eating and purging type, and it can only be diagnosed as such if these behaviors have occurred within the past 90 days.

There are serious risks to health involved with anorexia. When the body is dehydrated and malnourished, it is impaired at the cellular level. Bodily fluids are lost, and as a result, electrolytesare lost. In turn, energy plummets, and the individual may have a hard time focusing their thoughts, controlling their mood, staying awake, or completing laboring tasks.

While anorexia can affect people of any age and gender, around 90% of the 8 million people struggling with eating disorders across the nation are young females, the American Psychological Association reports.

How to Spot It 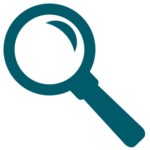 If you suspect that a friend or family member might be suffering from anorexia, there are common signs to look for. These include:

Individuals who struggle with anorexia, while often underweight and even emaciated, tend to still see unsightly fat on their own bodies as a consequence of the illness. Females with anorexia might lose their curves. Noticeable decreases in breast size are commonly seen, and a gaunt appearance with dark circles under the eyes and brittle nails and hair are also typical.

In males, it can be more difficult to spot anorexia. It may often go undiagnosed because people tend to pay less attention to the figures, looks, and eating habits of males.

Where Did It Come From?

An organic root cause for anorexia is not known, but many factors contribute to its development, including:

In today’s society, being thin is highly regarded. While 68.8% of Americans over 20 years old are overweight or obese, per the National Institute of Diabetes and Digestive and Kidney Diseases, most developed nations around the globe still prefer the silhouette of a thin figure and praise people for pounds and inches lost, and America is no exception. It isn’t a wonder that youth growing up in this environment have continued to buy into the hype that they will be loved and admired more when they are thinner. Just as warnings of the detrimental side effects of being overweight may not weigh heavily on a young person’s mind, neither does the potential for poor outcomes stemming from anorexia. Long-term health, aging, and fertility aren’t common concerns for most of America’s youth.

Growing up with parents or siblings who place a high value on appearance and being thin is thought to be a trait many sufferers of anorexia have in common. Individuals who are type-A perfectionists by nature are also more likely to develop the eating disorder.

Genetics may very well play a role, too, but biologic factors like hormones are a stronger theory for causative influence on the development of anorexia. Hormones often have negative effects on females’ self-image.

When It’s Not Just Anorexia

Co-occurring substance abuse and anorexia are common. Anorexia Nervosa and Related Eating Disorders reports that among alcoholic women over 30 years old, 72% also suffer from a co-occurring eating disorder. In a large study published in the journal of Psychosomatic Medicine, 22% of females with diagnosed eating disorders also had a substance use disorder. Sometimes, anorexia is an organic disorder that causes individuals to seek out the fastest route to weight loss, and often, that path is paved with substance abuse. Diet pills are a huge contributor to weight loss efforts in America, and likewise, they are a huge contributor to adverse health effects reported nationwide.

Prescription phentermine is certainly the most popular anti-obesity drug on the market. There were 2.74 million people using this class of drugs in 2011, and 2.43 million of these people were using phentermine, the journal Pharmacotherapy reports. Like many other prescription drugs though, people often buy them from street dealers and abuse them without a medical reason. Others opt for popular ADHD medications like Concerta and Adderall. About 11% of Adderall users and 6.5% of Concerta users reported weight loss as a side effect of the drugs.

Sometimes, people will opt for over-the-counter diet gimmicks, such as pills, herbal supplements, or drinks that are supposed to flush fat from the body. None of these products work on a long-term basis, and manufacturers are often well aware of this. They add stimulants like garcinia cambogia and caffeine to accelerate heart rate, so users have more energy and burn more calories as a result. The product itself doesn’t shed the pounds; the person using it does – just as they would if they hit the gym on a regular basis and ate less.

In addition, some sufferers of anorexia will resort to abusing more illicit substances to try to stave off their hunger pangs. For example, people who abuse cocaine or other stimulant drugs may do so in order to suppress their appetite and starve themselves with less effort. The crash involved with coming back down from stimulant drugs also tends to inflict users with extreme fatigue, thereby allowing them to sleep for long periods of time. In the eyes of someone with anorexia, time spent sleeping may be time spent successfully avoiding food.

There are also plenty of cases in which anorexia develops as a side effect of abusing these same substances. The disorder is often present in individuals who feel they have lost control of other realms of their life. In order to instill control over something, they will resort to starvation, which is often made easier by substance abuse. Users of stimulant drugs will generally have very little, if any, appetite for food. Dehydration and malnutrition are common side effects of abusing such drugs.

Due to how much strain anorexia puts on the brain and body, mood fluctuations are typical of people with the disorder. They may be extremely irritable, sad, or anxious. They often have co-occurring mental health disorders, like anxiety, which either developed as a result of the anorexia or predated it. According to the Anxiety and Depression Association of America, two-thirds of individuals who battle eating disorders like anorexia also struggle with anxiety at some point during their lives. Furthermore, the damage that anorexia and substance abuse cause isn’t limited to bodily health. Relationships suffer, careers implode, and families are damaged.

How to Address These Co-occurring Disorders 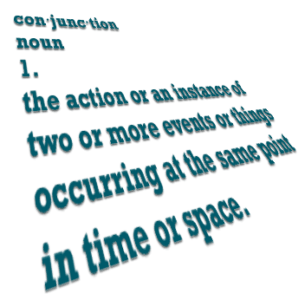 The first thing families and loved ones need to understand when attempting to confront someone who is battling anorexia and substance abuse is that denial is common for both issues. Respect must be given to the individual’s pathological fear of weight gain. When eating habits and exercise are causing harm to someone instead of improving their quality of life and health, interventions can be the catalyst that sparks change — ultimately to save their life.

In some cases, an intervention carried out by a professional in the addiction treatment field may be necessary. When substance abuse is a problem on top of anorexia, attention must be paid to both issues at once. Family members can take part in the intervention planning stages, but it is best to leave the overall structure of the event up to a professional who knows what to anticipate and who can remain emotionally detached from the situation.

Bags should always be packed, and arrangements for treatment should be made in advance of the intervention. The goal is to get the individual to accept help and then transport the person to treatment as quickly as possible before they change their mind.

Due to the severe nature of anorexia and its potential to be life-threatening, round-the-clock care is usually needed. Anorexia will not go away on its own. Without treatment, fatality is possible. The South Carolina Department of Mental Health states that 5-10% of people with anorexia die within a decade of developing the illness, and 18-20% die within two decades. Most often, outpatient treatment is not intensive enough for individuals suffering from anorexia.

One of the biggest issues with treating anorexia is ensuring that individuals in treatment eat a balanced and nutritious diet. Inpatient treatment provides dietary help and boasts the supervision needed to make sure clients are eating and gaining weight. It removes the possibly of restricting food or using drugs to stave off hunger and lose weight. Treatment involves more than eating though. Some clients may have such severe issues eating or keeping food down that they might require inpatient hospitalization until they gain enough weight to remain stable and healthy.

Alongside treatment for anorexia, treating substance abuse is a complex task. Most of the time, people with this eating disorder are abusing stimulant drugs. Coming down off these drugs is far more comfortable in a controlled setting where medication and therapy can be provided to get them through withdrawal. Various therapies, such as Cognitive Behavioral Therapy, Contingency Management, and Dialectical Behavior Therapy, may be used to help clients learn how to alter behaviors and thoughts that are not helpful. Furthermore, complementary therapies, such as acupuncture, meditation, and yoga, may augment one’s treatment plan.

If you or someone you love is struggling with addiction and are ready to start discussing treatment options, call us today at . There, a compassionate treatment navigator can help you create a plan to attend treatment at one of our rehab facilities across the United States. River Oaks, one of American Addiction Centers’ inpatient rehab centers in Florida, may be a good fit for you. Call us today to find out more.

co-occurring disorders
Prefer getting help via text?
We're available 24/7 via text message. Signup below for access to our team when its convenient for you!
and many more...
✕
Instantly Check Your Insurance Coverage
Your information is safe & secure
At River Oaks, we accept most types of private (non-government) insurance and offer a variety of payment options.
You can quickly and privately check your insurance benefits to see if you're covered for addiction treatment services. We’ll be able to tell you if your provider is in network with River Oaks Treatment Center and all American Addiction Centers locations.
This means your treatment may be FREE1 depending on your policy, copay, and deductible.
Get the Info & Help You Need