In 2014, the National Survey on Drug Use and Health (NSDUH) reported that around

Opioids are a class of drugs that include both prescription painkillers and the illicit drug heroin. These drugs not only block pain receptors but also increase pleasure sensations and lower stress levels, making them some of the most widely abused drugs in the world. The National Institute on Drug Abuse (NIDA) estimates that around 30 million people around the world may be abusing opioid drugs.

Opiates are both physically and psychologically addictive. The US Food and Drug Administration (FDA) even places warnings on prescription opioids like OxyContin stating that even when these drugs are used as directed, they are potentially habit-forming. Opioid drugs make changes in the pathways of the brain that deal with pleasure, reward processing, motivation, and mood regulation. With repeated use, these pathways become fixed and drug dependence sets in. Levels of some of the brain’s neurotransmitters, or chemical messengers, like dopamine may be altered to depend on the drug’s interaction to function normally. For this reason, opioid drugs are not recommended to be stopped “cold turkey.” Instead, medical detox is required, where medical and mental health professionals can safely guide the person through withdrawal. 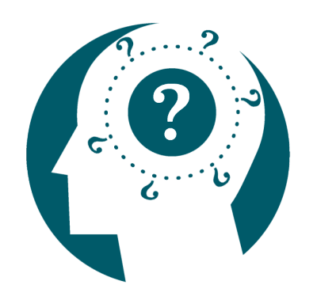 Detox is the process of processing toxins like opiates from the body, and it generally handles the physical aspect of drug dependence and addiction. In the case of an opiate, after the body and brain are dependent on the drug, physical withdrawal symptoms can be intense and similar to severe flu symptoms. Body aches, chills, sweats, runny nose, fever, rapid heart rate, nausea and vomiting, diarrhea, headache, dizziness, yawning, insomnia, tearing up, and irregular blood pressure levels are common side effects of opiate withdrawal. Anxiety, restlessness, depression, irritability, mental cloudiness, confusion, difficulties concentrating, trouble feeling pleasure, and drug cravings also may regularly accompany opiate withdrawal as emotional side effects.

Medical detox often involves the use of medications to manage withdrawal symptoms. In addition, substance abuse treatment professionals monitor vital signs and keep clients safe during the withdrawal process. If opiates are stopped altogether, the average detox timeline is 5-10 days; however, opiate detox often takes much longer due to the use of replacement medications. Standard treatment can progress while the person is on replacement medication.

What Is Rapid Opiate Detox? 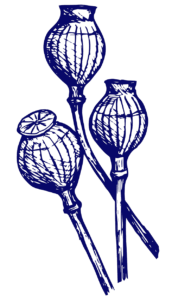 Rapid opiate detox was created as kind of a “quick fix” or faster way to remove these drugs from the body. During rapid detox, a person is admitted to an intensive care unit or into a hospital setting where they are placed under anesthesia while the opiates are flushed from the system. NIDA reports that rapid detox typically lasts for a few hours at a time (instead of days), and an opioid blocker drug like naltrexone or naloxone is used to precipitate withdrawal while the person is under general anesthesia. Other medications, such as clonidine, may be used for some of the specific withdrawal side effects as well.

Since the person is asleep, the idea is that, through rapid detox, they will not knowingly suffer from the withdrawal symptoms that occur when an opiate drug is removed. However, NIDA reports information on several studies that indicate that rapid detox does not actually ease opiate withdrawal discomfort and may have several dangerous consequences instead. Withdrawal symptoms can be significant, whether awake or asleep, and anesthesia itself has risks and side effects in addition to the issues associated with withdrawal in general. The Journal of the American Medical Association (JAMA) reports that rapid opiate detox is not supported within the medical community. Overall, it is generally considered to be an unsafe method of detox.

Rapid opiate detox may seem like a “magic bullet” for opioid dependence and addiction; however, it is very expensive, not generally covered by insurance, largely unproven, and carries significant risks. The Centers for Disease Control and Prevention (CDC) published information on a New York City clinic that performed anesthesia-assisted rapid opiate detoxification (AAROD) from January to September 2012. Out of 75 patients, seven experienced severe adverse reactions requiring hospitalization – two of which resulted in death. Several of the negative reactions were due to complications involving pre-existing conditions that may not have been disclosed prior to the procedure.

People with underlying medical or mental health conditions may be at an even greater risk for serious complications from rapid detox methods. NIDA reports the following potential side effects of rapid opiate detox when coupled with pre-existing conditions like diabetes, prior pneumonia, psychiatric co-morbidities, hepatitis, heart disease, and AIDS to name a few: 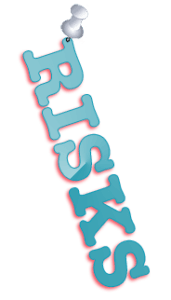 Addiction is a multifaceted and complex disease that the American Society of Addiction Medicine (ASAM) deems as both physical and emotional in nature. Comprehensive treatment methods beyond just detox are needed to fully recover. In this vein, rapid detox, or any type of detox, is not a “cure” and therefore should not be used on its own when treating opioid dependence. Detox can help to manage withdrawal and aid in physical stabilization; however, addiction is a chronic and relapsing disease, requiring psychological treatment as well.

Behavioral therapies and other treatment methods can form and sustain healthy habits while clients learn coping strategies and stress management skills that are useful in preventing a return to drug use, or relapse. Relapse after a period of abstinence attained through detox may be especially dangerous as an individual may attempt to return to drug use at levels they were used to before. Detox resets the brain and body, and individuals may not be able to sustain previous levels of opioids anymore, leading to overdose. ASAM reports that almost 30,000 people died from an opiate overdose in 2014 (heroin and prescription painkillers combined).

While detox can relieve the physical dependence on drugs, it does nothing to address psychological issues associated with substance use. Comprehensive treatment is needed to balance the person and set them on the path to long-term recovery.