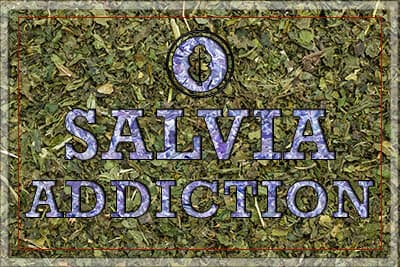 Salvia comes from the Salvia divinorum plant native to regions of South and Central America, namely in the Sierra Mazateca region of Oaxaca, Mexico, where it has long been used by the Mazatec Indians for healing purposes, divination, and vision-inducing rituals as documented in the FDA Poisonous Plant Database.

Salvia divinorum is an herb in the mint family that looks similar to sage. Considered one of the most potent naturally occurring hallucinogenic substances in the world, Newsweek reports, the active ingredient in salvia, Salvinorum A., binds to kappa opioid receptors in the brain, creating a vivid and unpredictable experience, often referred to as a “trip.” Salvia is not believed to disrupt levels of serotonin in the brain, which makes it chemically different than other hallucinogenic drugs; however, a salvia trip is thought to be similar to those associated with other hallucinogens.

Salvia is currently listed as a “drug of concern” by the DEA (Drug Enforcement Administration) and is not currently deemed illegal in the United States on a federal level, although several states do regulate and control the substance. Salvia may be purchased in tobacco or head shops and also over the Internet.

The US Department of Justice (DOJ) publishes that almost 2 million Americans had tried salvia by the year 2008, the majority of users being between the ages of 18 and 25. Males use salvia at greater rates than women do, the DEA reports. Salvia use seems to be most prevalent among young adults and adolescents, perhaps due to the large web-based presence of the drug and its effects. Numerous chat rooms and drug forums espouse the use of salvia and provide anecdotal reports on user experiences.

Individuals may believe that since salvia comes from a plant, and is not federally illegal, it must not be that dangerous to use. People trying salvia may be looking for a cheap, legal, and incorrectly assumed “safer” high than that produced by other hallucinogens like LSD. In 2015, over 1 million people in the United States were current users of a hallucinogenic drug, including salvia, according to the National Survey on Drug Use and Health (NSDUH). Individuals taking these drugs may be searching for a spiritual awakening, an out-of-body experience, or an escape from reality, or they may merely be curious about the effects of a hallucinogen. Salvia use can be unpredictable, however, and experiences with the drug are intense and may have potentially hazardous consequences.

Salvia is sold in varying strengths of extract-enhanced leaves and may also be purchased as seeds, dried or fresh leaves, whole plants, plant cuttings, or a liquid extract. Salvia leaves may be chewed or brewed in tea, and dried material is commonly smoked through a bong or in cigarette form.

Salvia’s effects come on rapidly and wear off fast as well, lasting only about 30 minutes. Once a “trip” begins, it can completely overtake a person until it ends. The experience is generally vivid from start to finish. Salvia is believed to interact with parts of the brain related to introspection, consciousness, moods, and pain sensations. These regions of the brain may be particularly vulnerable in teens and young adults as the brain is not fully formed yet.

When someone is under the influence of salvia, the following are common side effects:

While taking salvia, individuals may have no control over themselves and feel a complete detachment from reality. People may also suffer from a “bad trip,” which can include delusions, panic, paranoia, fear, and anxiety. Once the “trip” begins, it doesn’t stop until the drug wears off. Individuals may put themselves in danger, suffer from an accident, or harm themselves while under the influence of salvia.

In a study of calls to poison control centers related to salvia abuse, individuals primarily reported gastrointestinal, neurological, and cardiovascular effects, the Journal of Emergency Medicine reports. When salvia is mixed with alcohol or other drugs, the side effects are amplified as well.

Signs that a person is using salvia may include: 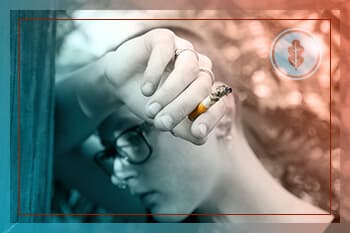 There is not very much evidence on the addictive potential of salvia; however, as with any drug, taking it regularly is likely to produce, at the very least, psychological dependence on the substance. When salvia use is stopped suddenly after taking it on a regular basis for a long time, people are liable to suffer from headaches, stomach upset, memory issues, sleep disturbances, emotional lows, and possible drug cravings. Withdrawal side effects likely start within a few hours of the last dose of salvia and only last a few days after stopping use. Emotional and sleep disturbances may linger for a bit longer, potentially for a few weeks, and they can be managed with therapeutic tools as part of a treatment program.

Other potential long-term side effects of hallucinogenic drugs are flashbacks, or the re-occurrence of the drug’s effects days, weeks, or even months after taking it. Individuals using salvia have reported flashbacks of their experience that can crop up without warning and that are completely out of the person’s control. Hallucinogenic drug abuse may increase the risk for developing a mental illness like schizophrenia and can also lead to two debilitating disorders: persistent psychosis and hallucinogenic persisting perception disorder (HPPD), the National Institute on Drug Abuse (NIDA) warns. Persistent psychosis causes visual and mood disturbances, paranoia, and disorganized thought processes while HPPD can lead to ongoing flashbacks, hallucinations, and visual disturbances (like trails or halos around or following lights). Perpetuated memory, speech, and learning issues may be consequences of chronic salvia use as well.

Addiction is a disease impacting parts of the brain that help a person to control their impulses, regulate moods, make decisions, think clearly, and remember things well. When a person suffers from addiction, they are not able to control the amount of salvia they use and how often they use it. Behaviors, physical appearance, emotional state, finances, and interpersonal relationships can all suffer as a result of salvia addiction.

Addiction treatment programs can help to address the why behind salvia abuse and aid in achieving abstinence and preventing relapse. Detox services can help individuals to safely stop taking salvia, while managing withdrawal side effects, and they can then be followed with a treatment program that will include both therapies and counseling sessions. Individuals may attend meetings, sessions, and life skills training sessions built around their pre-existing schedules with outpatient treatment plans, or they can enter into a more structured program that can provide around-the-clock care with a residential treatment model. Families and loved ones work closely with treatment providers to weigh in on the optimal treatment plan for each individual for a long and healthy recovery.