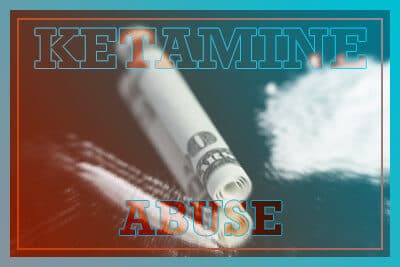 Over the past century, the popularity of synthetic drugs for abuse has grown to rival the use of more naturally derived drugs such as opium or marijuana. Often, that is because the synthetic drugs are perceived as creating a more powerful, intense high.

One of the most rapidly growing drugs of abuse is ketamine. The drug most popularly known as special K has become a regular part of the club scene, introduced at parties and raves by people who use it to experience hallucinations, dissociative effects, and euphoria.

Ketamine has some severe risks. Regular abuse of the drug can result in a difficult and risky addiction. Knowing more about how ketamine works and its prevalence as a club drug can help in understanding the ways to manage and treat ketamine abuse and addiction.

According to information from the DEA (CESAR), ketamine is a synthetic drug that was first produced in 1962 as a general anesthetic. It was first used as a wartime anesthetic in Vietnam, and it became instrumental in helping to ease the pain and difficulties experienced by burn victims. It can also help with sedation before surgery. It is commonly used in veterinary practice as a tranquilizer and for surgery.

WebMD also states that the drug is being tested for its effectiveness in treating depression. However, it is not approved by the Federal Drug Administration for this use as of yet. The application of ketamine as a treatment for chronic mental illness is a concern for some researchers because it can result in both physical and psychological harm based on how it behaves in the brain and body. This includes the potential for developing a ketamine addiction.

Ketamine Action in the Brain and Body

According to Medical News Today, ketamine, a dissociative anesthetic, acts by disrupting the neurotransmitter glutamate, which is involved in a brain pathway that supports awareness, cognition, memory, learning, and other normal brain function. Basically, glutamate is what enables the brain to transmit messages to other parts of the body. By disrupting this pathway, ketamine alters the individual’s sensory perceptions and produces a feeling of detachment from the individual’s surroundings and self. This can make the individual feel as if everything around them is unreal. It can also disconnect the person from feeling pain.

Ketamine also affects the dopamine system, which controls pleasure and reward responses in the body. By interfering with this system, ketamine can create an euphoric state, where the individual feels relaxed, happy, and carefree. This euphoria can last for about an hour.

Unlike other sedative drugs, ketamine does not suppress breathing or heart function. However, it can affect body functions in other ways, such as making movement difficult or rendering the person immobile. For this reason, it has sometimes been used to facilitate sexual assault.

Outside of its medical uses, ketamine has become popular as a “club drug,” for use on the clubbing scene and at parties. It creates a trancelike state and can sometimes also cause hallucinations. For some, the extreme dissociative effect that results in being unable to move and feeling far away from the body is desirable, and it has been described as transcendental. As mentioned above, ketamine is also one of the known “rape drugs,” and it has been used in sexual assault because of its ability to render a person immobile.

Because of its abuse potential and risks, the US Drug Enforcement Agency has listed the drug as a Schedule III restricted substance. As a result, the drug can generally only be obtained by diverting or stealing legitimate, medical stock. The drug is produced as a liquid or powder; powder is also made by evaporating the liquid from the pharmaceutical source. The liquid can be injected or mixed in beverages, and the powder is used in a variety of ways, including:

Street Names and Prevalence of Use

Because of its popular association with veterinary use, some of the street names include cat tranquilizer, cat valium, kit kat, or even horse tranquilizer. Other names, according to the US Drug Enforcement Agency, are:

The most recent National Survey on Drug Use and Health from 2014 indicates that about 1.2 percent of the population 12 and older has used ketamine recreationally at least once, and 0.1 percent have used it in the past year. Indications from past surveys also show that use is still on the rise. 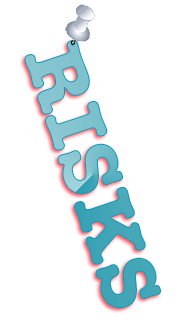 A study from Addiction indicates that multiple risks from frequent, regular use of ketamine include ulcerative cystitis, a disease of the urinary tract. This can result in severe kidney and bladder damage, as well as pain and urinary problems.

Neurocognitive damage is also a risk, according to the Addiction article. Ketamine can cause symptoms resembling schizophrenia. In fact, a study reported on Science Daily indicates that studying how ketamine causes this response in the brain may help to determine the causes of schizophrenia, potentially leading to new treatments.

The same is true of substance abuse; research on how ketamine affects the brain may help determine new treatments for substance abuse, because ketamine’s action in the brain suppresses some of the same mental pathways that are suppressed in people who struggle with substance abuse or addiction. Of course, ketamine itself has potential for addiction when it is abused.

According to a number of studies, including one from the Journal of Substance Use, ketamine does have a fairly high addiction potential. Particularly with repeated, regular abuse of the drug for recreational purposes, the body can develop a tolerance to and dependence on ketamine, leading to addiction.

This presents a concern regarding its potential use as an antidepressant. Dosing can be difficult, with the difference between a therapeutic dose, a dose that induces a “high,” and a toxic dose being very small. For this reason, many researchers are concerned that using it to treat depression may lead to swapping that mental health disorder for a substance use disorder.

Regardless of the reasons for use, ketamine can cause lasting issues both through its health risks and through the potential for addiction. Still, if ketamine addiction is suspected, there are some signs to look for.

Symptoms of Abuse or Addiction

There are some specific physical and psychological symptoms that occur with ketamine abuse, according to the National Institute on Drug Abuse, which include:

In addition, signs that a person may have developed an addiction to ketamine include:

When more than one of these signs or symptoms is recognized, a substance use disorder is likely. Thankfully, substance abuse treatment can help anyone to recover from a ketamine addiction.

Getting Treatment for Ketamine Addiction

When a ketamine use disorder is present, treatment is necessary to help the individual stop use and avoid the health risks and personal disruptions that may otherwise develop from using the drug. Traditional, research-based drug abuse treatment programs can help in this process by providing:

With determination and accredited, professional support, an individual struggling with ketamine addiction or abuse can break the cycle and start on the path to recovery.

dissociativesketamine
Prefer getting help via text?
We're available 24/7 via text message. Signup below for access to our team when its convenient for you!
and many more...
✕
Instantly Check Your Insurance Coverage
Your information is safe & secure
At River Oaks, we accept most types of private (non-government) insurance and offer a variety of payment options.
You can quickly and privately check your insurance benefits to see if you're covered for addiction treatment services. We’ll be able to tell you if your provider is in network with River Oaks Treatment Center and all American Addiction Centers locations.
This means your treatment may be FREE1 depending on your policy, copay, and deductible.
Get Help & ResourcesLearn aboutaddiction recovery at River Oaks.