Don’t Call It a Comeback: Cocaine Has Been in South Florida for Years

Drug Enforcement Administration (DEA) officials are reporting a sharp uptick in seizures of cocaine coming from Columbia into South Florida, some of the highest numbers they have seen in the last 10 years. In fact, they say that Columbia has been attempting to traffic more cocaine into the US than they did at the height of the cocaine drug wars that hit South Florida in the 1980s.

Justin Miller is the intelligence chief for the Miami division of the DEA. He says: “We’ve never seen cocaine production at these numbers, which tells you there is more cocaine being produced now than at the height of the Medellin and Cali cartels. That’s significant. There is a mountain of cocaine, much of it is likely headed our way. But we are already seeing these drug combinations, and cocaine deaths are already going up significantly.”

It is reported by Florida Customs and Border Protection that 60 percent more cocaine has been caught coming into the country than in past years. 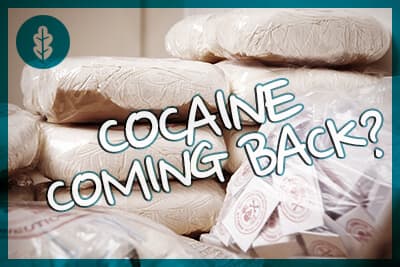 Along with rates of cocaine seizures, rates of overdose due to use of the drug have spiked as well. In fact, the Medical Examiner Commission in Florida reports that overdose deaths caused by cocaine use are higher than they have been since 2007. In fact, they report that in 2012, 1,318 people in Florida lost their lives to cocaine overdose, and three years later, in 2015, that number had jumped to 1,834.

In South Florida, across Palm Beach, Miami-Dade, and Broward Counties, there were 614 deaths due to cocaine overdose in 2015, a 29 percent rise from 2014. In fact, the only drug that caused more deaths in Florida in the first half of 2016 was fentanyl, a synthetic opiate that is often used to bump up the potency of heroin or used to create counterfeit pills.

Jim Hall is an epidemiologist at Nova Southeastern University. He says: “I think all the attention we have given to opioids might give the impression that cocaine is a safer drug. Substance abuse in this stage of the 21st century is more hazardous, more dangerous, more addictive and more deadly than at any other point in our lifetimes.”

Due to the use of fentanyl in cocaine and heroin sold on the street, the fact is that there is virtually no such thing as “recreational use” of these substances. Every single use is life-threatening. It is not an issue to take lightly, and for people who are living with an active addiction characterized by physical dependence and cravings, it is a crisis that requires immediate medical attention.

The first step is to recognize the issue, and thanks to intensive research and extensive media coverage, the drug abuse epidemic is no secret. The problem with cocaine use and abuse is just as deadly as the opioid epidemic that is raging across the country.

For people who have family members who like to mix cocaine with alcohol when they go out or who use the drug on the sly to help them “get through” the day, it is not something to ignore. Rather, it is a red flag that there is a serious issue that should be immediately addressed.

This can be done by:

Taking the Next Step

If your loved one is living with a substance use problem, it is time to stop worrying and start acting. Not only will your family member need treatment, but you will also need support in your own recovery. Addiction can be traumatic for all involved, and it is essential to begin treatment as soon as possible to begin the healing process.

Will you take your first step toward recovery today?