Do All Alcoholics Have to Quit Drinking to Find Balance?

Making the choice to avoid alcohol in any form and creating a new lifestyle based on this foundational principle is a huge transition for people who are diagnosed with an alcohol use disorder. For those who are living with alcoholism and others living with an alcohol abuse problem, it is a decision that is sometimes reaffirmed daily and even multiple times per day. 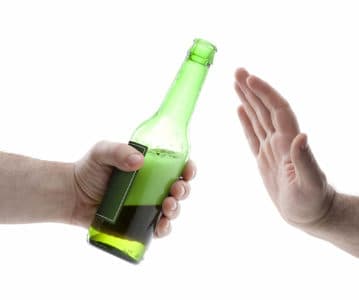 Because it not a simple process to transition from active alcohol use to sobriety, many try to bargain: Can I just have a drink or two on the weekends? What about vacations or celebrations? I don’t really have to stay sober for the rest of my life, right? I mean, eventually I should be able to drink “normally,” right?

Unfortunately, for most people who are diagnosed with alcoholism, any use of alcohol will inevitably trigger a slow – or sometimes, fast – decline back into active alcohol abuse and addiction. Alcoholism is a disease that has both psychological and physical components. The brain is altered during the course of active alcohol abuse, and cravings can make it impossible to simply have “just one” and go on as if nothing happened.

But is there ever a case where moderate alcohol use may be okay in recovery, especially if someone formerly struggled with an alcohol abuse problem that never reached the level of full-blown alcoholism?

All Things in Moderation?

There are some experts who believe that moderate use of alcohol may at some point in the future be a possibility for some who struggle with an alcohol use or abuse problem.

Jon Morgenstern, PhD, is the Associate Vice President of Substance Abuse Services at North Shore-LIJ. He says: “We need to think about alcohol dependence and excessive drinking on a continuum, with lots of shades of gray. It’s not a black-and-white issue.”

It’s true that the American Psychological Association’s Diagnostic and Statistical Manual of Mental Disorders notes that there is a spectrum of symptoms that can characterize a substance use disorder, noting that everyone will not have the same experience under the broad diagnosis. As a result, some have concluded that someone at the far end of the spectrum who experiences symptoms related to alcohol use that are less intrusive as compared to others may find that after a period of stability in abstinence, it may be safe to experiment with having a drink or two intermittently.

Says Dr. Morgenstern: “We are talking about people with mild to moderate alcohol problems. For these people, we don’t necessarily have to tell them they have to be in a recovery program for the rest of their lives. Some of them can return to social drinking.”

Treatment for All Levels of Alcohol Abuse and Addiction

Dr. Morgenstern also emphasizes, however, that moderate drinking is not an option for the population that struggles with severe alcohol abuse or addiction. He points out that it is essential for people living with any alcohol use issues, from mild to severe forms of alcohol use disorders, to seek treatment and that waiting to get help until the problem is severe is like “waiting to treat people with heart disease until they have a heart attack.”

This is where a major issue with moderation crops up. Though all clients are advised to undergo personalized treatment and care according to their experience during addiction and their goals for the years to come, it is also recommended that everyone remain in aftercare for a year, if not for years, after the cessation of active treatment. Continued involvement in 12-Step groups, support groups, and other therapies are encouraged for the long-term in order to ensure that people stay connected to treatment principles and don’t end up relapsing. Almost all of these organizations are abstinence-based, and it can be difficult to find support in moderate use of alcohol or other substances that would ensure a return to heavy substance use doesn’t occur.

Is It Worth It?

In simple terms, the choice to attempt moderate use of alcohol after a known, serious problem with alcohol is a high-risk decision. Anyone who drinks or uses drugs at any level risks developing a dependence, but someone who has formerly had a problem with managing use of addictive substances healthfully may be more likely to develop a problem again in the future. The decision to begin drinking again is a gamble; no one can definitively say for sure that it is a safe choice. Accidents under the influence, overdose or other medical emergency if alcohol is combined with medications, and a return to unsafe drinking behaviors (e.g., drinking more than one drink per day for women or two drinks per day for men) can all bring unwanted consequences.

Even if a catastrophe does not result, moderate drinking that occasionally leads to heavy or binge drinking can cause acute issues, such as:

The occasional drink may seem harmless, but alcohol is known to loosen inhibitions and cause people to make choices they ordinarily would avoid – like having even more drinks when they determined, while sober, that they would stop at just one. In most cases, if alcohol use has risen to the point of requiring treatment, it is recommended that long-term abstinence be the goal.

Ready to get started?
We're available 24/7 to answer questions and help you make decisions about starting recovery from alcoholism.
Your Next StepsRecovery can start today. We are here 24/7 via 813-551-3608.