Drunk Driver Responsible for 2 Deaths in Hillsborough Had Prior DUIs

Kerry “Jason” Webb, 37, was a long-time employee at an air compressor company. Angelina “Angel” Torrey, 25, was a chiropractor’s assistant. He was the primary caregiver for a teenage girl, the daughter of an ex-girlfriend, and she had stepped up into the stepmother role for the past three years. The pair were killed in a drunk driving accident earlier this month when their motorcycle was hit head on by a Lexus SUV driven by a man with two prior DUI convictions. 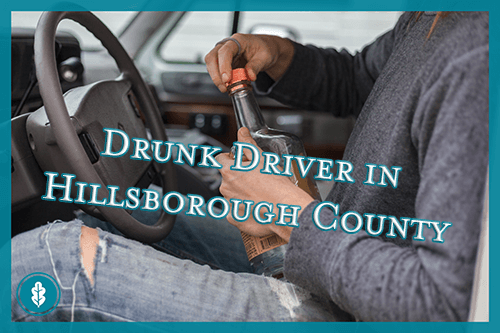 The driver of the SUV fled the scene and was found at his home by law enforcement less than a half mile from the scene of the accident. Police administered a blood test, field sobriety tests, and breathalyzer tests and determined that he was under the influence.

It’s a story that highlights the flaws in the system when it comes to protecting the public from drivers who are under the influence. The driver of the SUV had a history not only of DUI but also of assault that spanned almost 15 years.

Sargent Steve Gaskins is a spokesperson for the Florida Highway Patrol. He said: “He’s obviously someone who has an alcohol problem and has no problem getting behind the wheel, and now he has killed two people.”

The driver’s history of DUI goes back to 2004, when he was just 19. Florida records show that he pleaded guilty and was ordered to attend DUI school and got six months’ probation. His next arrest – in Florida, at least – wasn’t until 2013 when he was found asleep and nonresponsive at the wheel at an intersection. He pleaded no contest to DUI, got a year’s probation this time around, and was required to install an ignition interlock device on his car for that period of time.

In 2016, he was charged with misdemeanor domestic battery, and a 2017 domestic violence complaint describes him as an aggressive person who regularly abuses alcohol. Over the past six months, he was charged with careless driving, disorderly conduct, and possession of a controlled substance without a prescription.

It’s clear that the driver had a number of issues, many of them likely stemming from or related to an alcohol use disorder. At each point of interception by law enforcement, he was given the consequences that are outlined in the law, but clearly it was not enough to stop him from taking the lives of two people.

Part of the issue may stem from the length of time between charges. The 2004 charge and the 2013 charge were so far apart, that it may not have seemed like a chronic problem. Additionally, he appears to have upheld the six-month and 12-month probations without issue, and the domestic violence and disturbance charges did not focus on alcohol use, though it was indicated in reports. For a system overrun with cases such as these, it is hard to guess what the outcome might be or to be proactive in addressing the worst possible risks before it happens. While it is clear that the tragedy of deaths caused by drunk drivers is horrific, what is not clear is what changes should be made to stop repeat offenders from taking lives in the future.

The driver of the SUV was arrested on his third count of driving under the influence, two counts of leaving the scene of an accident involving a death, and two counts of DUI manslaughter. Up until the night of the accident, his run-ins with the law had been comparatively minimal and spread out over almost 15 years. Many assume that the man likely drove while under the influence far more frequently than is noted in his record and that an increased police presence and checkpoints on the roads could have identified him as a repeat offender far earlier. Others say that treatment of some kind or periodic check-ins with a probation officer over the years following the initial probation period may have helped to identify an alcohol use disorder that required treatment and that connection with treatment services is a necessary response in every case, including first offenses.

What do you think could have been done to prevent this tragedy, if anything? What measures can be taken going forward to stop senseless deaths caused by repeat DUI offenders?