Dealer Charged with Attempted Murder When Buyer Overdoses on Fentanyl

In St. Lucie County, a woman was arrested last month on several drug-related charges, including attempted murder, when she allegedly gave a man who ultimately overdosed straight fentanyl, an opiate drug that is 50-100 times more potent than morphine.

Sheriff Ken Mascara reports that this is the first time he and his agency have charged someone with attempted murder in an overdose case, a trend that is building across the country. Sheriff Mascara reports that though the man survived the overdose thanks to first responders who administered naloxone, an opiate reversal drug, the man was able to share details of what happened before he lost consciousness that allegedly threw suspicion on the woman arrested. 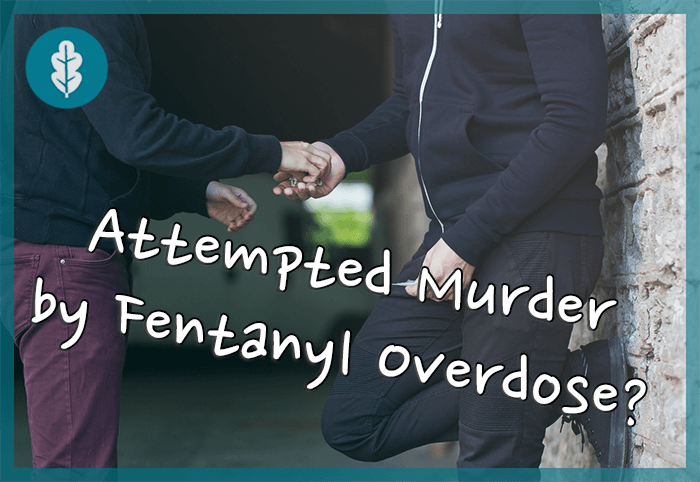 He stated that he showed up at the location to trade drugs with [the woman]. He gave her ‘Molly’ in exchange for what he believed to be heroin.

Molly is a slang term for the drug Ecstasy, or MDMA.

Sheriff Mascara reports that the overdose victim knew almost right away that there was something wrong when he injected the dose of what he thought was heroin but turned out to be fentanyl.

Said Sheriff Mascara: “He said before losing consciousness he heard [the woman] say that it was straight fentanyl, not heroin. [The woman] left the room with the victim suffering on the floor.”

So far, these do not appear to be charges that the woman denied or seemed to fight, according to police reports. Said Sheriff Mascara: “In her interview, she did confess that she sold the drug, she knew it was fentanyl, not heroin, and she left him on the floor in an unconscious state. She left him there to die.”

Additionally, in the arrest affidavit, the man reported to investigators that before he passed out, he heard a “chuckle.”

Was this a case of attempted murder?

In this case, it appears that there was definitive malicious intent, though there is no indication as to the relationship between the overdose victim and the person who gave him the drugs to show why this may have been the case. But the fact that he believed he was taking heroin and the fact that the person did not disclose it was actually fentanyl until after he had injected the drugs certainly demonstrate the intent to deceive with harm. The “chuckle,” too, would indicate that there was little concern for the victim; it is not clear who called first responders to assist the man and ultimately saved his life. Because the man can attest to what happened to him and what he heard in the moments before losing consciousness, this case seems clearer than most.

In most cases, murder charges are levied against the person who provided the drugs that ultimately caused a deadly overdose, whether they sold them the drugs or gave them the substance. Simply providing the drug, with no intent to cause harm, has been enough to trigger charges. With the introduction of fentanyl to the black market, it is increasingly a problem since use of the drug is responsible for more and more overdose deaths every year.

Narcan or naloxone, is a drug that is essentially an opiate reversal medication. That is, when someone uses heroin, fentanyl, or prescription painkillers and experiences an overdose response, Narcan can be administered to reverse those effects. When the dose is correct and administered in time, the effect can be immediate, stopping someone from losing their life to overdose. When the drug is particularly potent like fentanyl, however, it is not always that simple. In many cases, multiple doses of Narcan are needed to “bring someone back,” and the fear is that the potency of the drug will increase to the point that it will render Narcan ineffective.

According to Fire District Fire Chief Buddy Emerson, the stats show a grim story when it comes to the rising need for naloxone. He said that his agency used 144 doses of Narcan in 2014, 210 doses in 2015, and 387 doses in 2016. So far this year, they had administered 261 doses, putting them on track to surpass last year’s numbers yet again. These numbers do not include any of the naloxone doses administered by law enforcement officers.

Our frustration is that it’s increasing and it’s very unpredictable. This epidemic can crop up anywhere, anytime, anyone, all walks of life.

It seems that the move to charge those responsible for giving others deadly drugs with murder is an attempt to positively impact this deadly trend. Do you think that this response makes sense? What changes do you think should be made to decrease the number of lives lost to opiate addiction?