Most, if not all, humans have indulged in appetites that may not have served them well. Eating junk food. Not exercising. Not getting enough sleep. Not drinking enough water. Taking these actions (or lack thereof in some cases) regularly over an extended period of time can negatively impact your health. The same impact can be said about alcohol or drug abuse. Although an alcohol use disorder or a substance use disorder are medical conditions, the abuse of substances can lead to the deterioration of healthy bodily functions just the same.

At River Oaks Treatment Center, an American Addiction Centers’ facility, we provide detox under medical supervision, inpatient and outpatient care, and guidance with aftercare planning. Located in the welcoming Sunshine State, you have the opportunity to not only get sober under a professional and licensed medical staff, but under the beautiful Florida sun.

So, how does drug abuse effect an individual’s health in the long-run? Other than brain damage that may lead to psychological disorders and drug toxicity, stimulants that cause an increased heart rate could potentially cause damage to the heart muscle. Over continuous use for years (and even months in some cases), this could lead to heart disease. This is just one of many examples of long-term health issues.

Other long-term effects caused by drug abuse may impact:

Not only do drugs potentially cause long-term effects to the above systems such as disease, infection, or even death, but they may be further complicated in individuals battling a co-occurring mental health disorder.

Both illicit and prescription drugs, if abused, can cause adverse effects in the body. Many believe that it’s only limited to injury, toxicity, or overdose itself. However, there are many other visual and physical manifestations of drug abuse that may include:

Drugs such as methamphetamine (crystal meth), cocaine, heroin, marijuana, and prescription drugs all come with their own set of health effects.

Substance addictions are serious medical conditions. They require the help of a team of medical professionals to help the individual get on the road to recovery. And at River Oaks Treatment Center, you will find such a team. 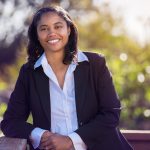 Nitara Osbourne, M.Ed., is a Content Specialist at American Addiction Centers (AAC). As an Award-Winning Writer of the movie Running on Empty Dreams and with 20+ years of professional writing experience, she went on to be the Founder of The...Read More