Are Police Officers Getting High at One Police Center in Tampa?

They are living with skunky smells. When you first walk into the lobby of the Tampa Police Department at One Police Center, it hits you right away: a strong, pungent dank odor that some may not be able to identify while others recognize right away, especially those in recovery. 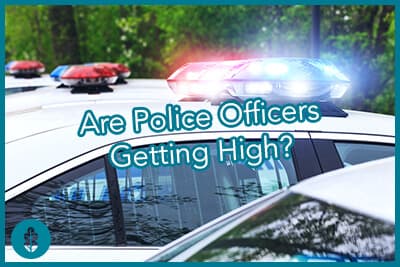 Yes, the smell is caused by marijuana. No, it is not because police officers are getting high. The smell is not caused by anyone smoking the drug, but it is caused by the plants and buds confiscated by law enforcement during local drug raids and routine arrests. Though the evidence room that holds so much marijuana is a few stories above the lobby, the smell still permeates other parts of the building.

Chief Brian Dugan works in the building. He says: “We’ve always had challenges when marijuana evidence comes in and how much it smells. It’s a problem we have with proper ventilation. At times it’s really bad.”

Plants seized from grow houses that are busted are sealed in cardboard boxes and left in what is called the “dry room” to dry out pending trial. Even though the building was previously a bank before it was purchased by the police department in 1996 and the boxes are stacked floor to ceiling in an old bank vault, the smell still leaks out.

The same problem is happening at the police department in St. Petersburg as well. To address it, they intend to move into a new police station that will have the evidence room in another wing with its own ventilation system. Unfortunately, there is currently no such plan in place for Tampa, which means that people who are in recovery who have to pay a civil citation in the lobby of the police department or otherwise take care of other legal issues left over from their days in addiction will have to deal with the smell.

Is the Smell of Marijuana or the Sight of People Getting High a Trigger?

For many in recovery, every part of increased legalization of marijuana is problematic. For example, it not only increases access to the drug and decreases stigma, but it means the constant risk of exposure to people getting high or smelling the drug.

This can make staying sober, especially during early recovery, extremely difficult. You may think you are just headed to the grocery store to pick up a few things for the week and unexpectedly walk into a cloud of marijuana smoke wafting from around the back where employees got high on their break. You may head over to a park to walk your dog or go running and find that the air is heavy with marijuana smoke. It can be frustrating because it forces you to think about getting high at a time when you were just trying to live your life in recovery and move forward.

Even though marijuana is only legal for limited medical use in Florida, its illegal use is rampant and continues to be an issue for people who are learning how to live their lives in recovery.

Apparently, the police department in Tampa is no escape, even for those who come into One Police Center to pay citations for marijuana possession.

Says Chief Dugan: “The irony of paying your civil citation in a room that smells like weed, and it smells like the cops are all getting high.”

Why Marijuana Is Not Safe for Use during Recovery

Though many in treatment for addiction to drugs like crystal meth and heroin believe that it should be okay to smoke marijuana in recovery because it is not their drug of choice, that is not the case. Part of the reason why there are so many issues with the intense smell of marijuana is that it is a drug that is getting stronger. Plants are continually bred to increase the levels of THC, the active ingredient in marijuana, in the buds in order to increase the high. As a result, its use produces a pungent smell that is unmistakable.

It is recommended that everyone in recovery avoid all use of all substances. Marijuana is not a harmless drug. It is just as addictive as other substances, and its use stops people from building healthy and effective lives for themselves.

Would you like to learn more about the treatment options available to you or your loved one?