Drugs Not to Quit Cold Turkey

Mind-altering drugs impact brain chemistry, disrupting signals sent around the central nervous system and affecting mood, willpower, memory and learning functions, pain sensations, and perceptions of self and the surrounding environment. Many drugs can cause drug dependence with regular use. This happens when the brain relies on the interaction of the drugs in its system and stops functioning as it did before the drugs were introduced. If these drugs are then stopped suddenly, or “cold turkey,” after dependence has set in, intense and even life-threatening withdrawal symptoms can occur.

In 2011, the Drug Abuse Warning Network (DAWN) reports that around 2.5 million people in the United States visited an emergency department (ED) for a medical emergency related to drug abuse and about 250,000 of these ED visits were people seeking detox (or substance abuse treatment) services. Drugs that can have severe withdrawal symptoms that can lead to a medical emergency or even death should never be stopped “cold turkey.” These drugs include:

These drugs are often tapered off slowly during a medical detox protocol in order to allow the brain time to stabilize and reach a level of physical balance before treatment is continued. During tapering, amounts of these drugs are slowly lowered over a period of time instead of withdrawn suddenly, giving the brain a chance to slowly restore itself to its previous working order. Medications are often beneficial during medical detox to help with difficult withdrawal symptoms and cravings.

Medical detox in a specialized facility is typically considered the safest way to help the body process opioids, benzodiazepines, and alcohol, and to avoid potential life-threatening consequences during withdrawal. 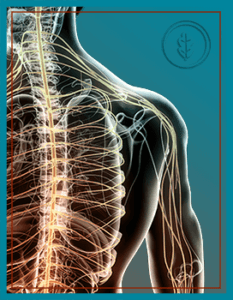 Opioids, benzodiazepines, and alcohol are all central nervous system depressant drugs, meaning that they slow some of the body’s life-sustaining functions like body temperature, heart rate, respiration rate, and blood pressure while acting on some of the brain’s chemical messengers. Dependence on these drugs is formed quickly and can be more significant when large amounts are used for a long time. The method by which these drugs are abused can also influence the level of drug dependence (e.g., snorting, smoking, injecting, or swallowing them) as can biological, genetic, and environmental factors. The more heavily dependent on one of these drugs a person is, the more intense the withdrawal symptoms are likely to be. The journal Psychology Today warns that withdrawal from opioids, benzodiazepines, and alcohol can be fatal; therefore, it should never be attempted cold turkey and without the help of trained professionals.

Opioid drugs include both the street and illicit drug heroin and prescription narcotic pain relievers, like OxyContin, Vicodin, Percocet, morphine, codeine, fentanyl, and more. The US Food and Drug Administration (FDA) places warnings in the drug prescribing information on drugs such as OxyContin, for example, indicating that these drugs should not be stopped suddenly after taking them for a period of time and instead should be tapered off slowly. These drugs fill opioid receptors in the brain and along the central nervous system, blocking pain sensations and also elevating mood.

Withdrawal symptoms from an opioid drug typically begin within about 12 hours after stopping use, the National Library of Medicine (NLM) reports. Withdrawal can include both physical and emotional symptoms, such as:

The American Society of Addiction Medicine (ASAM) publishes that around 2.5 million Americans suffered from opioid drug addiction in 2014. The Substance Abuse and Mental Health Services Administration (SAMHSA) reports that a combination of medications and therapies is ideal when treating opioid addiction.

Opioid dependence is managed by slowly lowering the dosage of an opioid drug over a set period of time during detox or by replacing shorter-acting opioids with longer-acting ones or partial opioid agonists. Methadone is considered a long-acting opioid drug that is often used to slowly reduce opioid dosages over time in order to control the more intense withdrawal symptoms and cravings. Buprenorphine is another long-acting opioid that is also only a partial agonist, meaning that while it still fills opioid receptors in the brain, it does so to a lesser extent than full agonists do. This makes it particularly helpful during withdrawal and medical detox, as it can be used to taper safely off an opioid drug.

Opioid withdrawal is often physically similar to the flu. It can also be emotionally difficult, which is why these drugs are often tapered off slowly instead of stopped suddenly. Opioid withdrawal symptoms can be effectively managed with medications during medical detox.

Alcohol is perhaps one of the most dangerous addictive substances to stop cold turkey once a dependence has formed. Half of those who battle alcohol addiction will experience withdrawal symptoms, and 3-5 percent will suffer from the most severe and potentially life-threatening form of withdrawal, delirium tremens (DTs), the New England Journal of Medicine (NEJM) publishes. Delirium tremens is extremely dangerous, as it may not develop until a few days after stopping drinking, while other withdrawal symptoms typically begin within eight or so hours after the last drink. Side effects of DTs include hallucinations, extreme confusion, fever, and potentially fatal seizures.

Alcohol acts on the neurotransmitter GABA (gamma-aminobutyric acid) in the brain, increasing its presence. GABA is a kind of natural tranquilizer that dampens the stress response, reducing anxiety and slowing down respiration and pulse, lowering body temperature, and depressing blood pressure, helping people to feel relaxed and mellow. Alcohol also increases the presence of dopamine, which is what accounts for the feelings of pleasure while intoxicated and the low moods when it processes out of the bloodstream. When alcohol wears off, the brain’s response can be to spring back, like a rubber band, causing the drastic side effects. Hence, alcohol withdrawal is a side effect of the overactivity of the autonomic nervous system.

Additional side effects of alcohol withdrawal include:

Alcohol withdrawal symptoms can range in severity. Since they can be dangerous when alcohol use is stopped suddenly, inpatient detox services, like those provided by a medical detox program, are considered the best option, according to the National Institute on Alcohol Abuse and Alcoholism (NIAAA). During medical detox, alcohol is often replaced with another central nervous system depressant (like a benzodiazepine, for instance). Clients are then slowly tapered off that medication. Other medications are often used as well to aid in the control of cravings and specific withdrawal symptoms.

Benzodiazepines are another class of drugs that, like alcohol, work on GABA levels in the brain. These drugs are typically prescription sedatives and tranquilizers that serve to reduce anxiety, manage seizure disorders, and act as sleep aids. Benzodiazepine drugs include:

Benzodiazepines, or benzos for short, can be quickly habit-forming, even when used under medical direction and exactly as prescribed, the FDA warns. When these drugs are discontinued, withdrawal can be similar to that of alcohol withdrawal, and rebound anxiety, insomnia, and even possible seizures can occur. These side effects can range greatly, just as with alcohol, and they can be potentially dangerous. They are therefore best managed with medical detox to avoid any possible medical or mental health complications.

Other prescription drugs for insomnia that are similar in mechanism to benzodiazepines, but chemically different, are nonbenzodiazepine sleep aids or z-drugs. These drugs include Ambien (zolpidem), Lunesta (eszopiclone), and Sonata (zaleplon). They may have less severe withdrawal symptoms than traditional benzos, per the Journal of Medical Toxicology; however, it is also not recommended to stop taking them cold turkey. Instead, they are typically tapered off slowly.

The Importance of Medical Detox

Central nervous system depressant drugs, like benzos, opioids, and alcohol, should not be stopped cold turkey after someone has been taking them regularly. Withdrawal symptoms can be significant and even life-threatening in some instances. Medical detox with pharmacological assistance and supportive care is important to help individuals regain a healthy balance of chemicals in the brain and to achieve a level of stability before entering into a complete addiction treatment program.