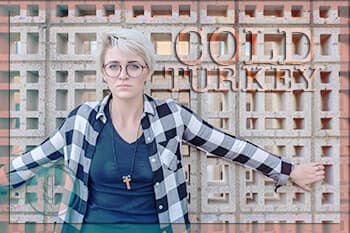 With one out of every 12 American adults suffering from addiction, according to the 2014 National Survey on Drug Use and Health (NSDUH), it is no surprise that there is a wide range of treatment options and methods for quitting drug use. Some drugs have drastic side effects when they are stopped suddenly after being used regularly for any length of time. Others, on the other hand, have less severe withdrawal symptoms and can typically be safely stopped “cold turkey” without life-threatening consequences.

Hallucinogens, such as “magic” mushrooms containing psilocybin, peyote (mescaline), DMT, and LSD (D-lysergic acid diethylamide) typically do not have significant physical health side effects when stopped suddenly, for instance. Inhalants, which are generally household items abused for their mind-altering effects, can also be stopped cold turkey in most cases. One of the most commonly abused illicit drugs in the United States as published by the National Institute on Drug Abuse (NIDA), marijuana, also can typically be stopped suddenly without significant physical withdrawal symptoms. Synthetic cannabinoids, which are designed to act like marijuana, but are often much more potent, can also typically be stopped suddenly with the help of a specialized detox program. Stimulant drugs, like cocaine methamphetamine, ecstasy (MDMA), and prescription stimulants, can have intense psychological withdrawal symptoms that are not typically considered to be physically life-threatening when use is stopped suddenly. The stimulant “crash” can, however, be intense, and the emotional lows accompanying withdrawal can induce suicidal tendencies and severe depression that can be managed through a medical detox program for optimal safety.

Opioids, stimulants, alcohol, and benzodiazepines are examples of drugs that either act to speed up or slow down the central nervous system and significantly disrupt brain chemistry. In time, with perpetuated use, the brain actually changes the way it works to transport its chemical messengers, and if these drugs are stopped suddenly after chronic use, drastic side effects can occur. This can shock the brain, which will need time to restore itself. Withdrawal from these drugs may be life-threatening, so often they are gradually tapered off over a period of time instead of stopped suddenly to avoid such intense withdrawal complications.

Marijuana, hallucinogens, inhalants, stimulants, and synthetic cannabinoids do not have the same effect on the central nervous system; therefore, these drugs will not need to be tapered off during detox and instead can typically be stopped cold turkey. That being said, stopping these drugs after regular and prolonged use can induce cravings and emotional side effects that are best treated in a supportive, specialized detox program.

Though not generally considered to be addictive substances physically, hallucinogens are psychedelic substances that change the way a person thinks, feels, and perceives the world around them while taking these drugs. Often derived from mushrooms or plants, hallucinogenic drugs are commonly taken as a method of escaping reality or in an attempt to bring on a spiritual “awakening” or experience. Common hallucinogens include:

These substances work on the brain to alter moods and the perception of the body, pain, space, time, self, and the senses. These drugs may have dissociative effects, making a person feel detached from their own body and surroundings. A hallucinogenic “trip” can start within a few minutes of taking one of these drugs and last up to half a day or more, NIDA warns. When stopping use of a hallucinogen, a calm and quiet environment where the person can be kept safe from self-harm is key.

NIDA reports that inhalants are typically abused by young adults and adolescents. They are a class of drug typically found in household items. Inhalants generally fall into four main categories: 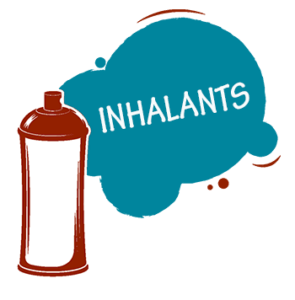 These products are sniffed, huffed, snorted, sprayed into the mouth or nose, or sprayed into a bag or cloth and then inhaled. Inhalants can be dangerous in as little as one use. They can be unpredictable and cause significant brain damage or even death. They are not thought to be physically addictive but can lead to psychological dependence. These products can usually be stopped suddenly during detox without requiring any kind of tapering approach, especially since prolonged use can be so dangerous. The faster a person can stop using inhalants and get them out of the body and brain, the better.

Unlike hallucinogens and inhalants, marijuana is considered to be an addictive drug, and it does have some withdrawal side effects when it is stopped cold turkey. Fortunately, these withdrawal symptoms are not life-threatening or generally physically significant, meaning that the drug can be stopped suddenly without tapering, especially if a medical detox protocol is used that can attend to the psychological needs of the individual as the drug processes out of the body.

Synthetic cannabinoids, often called “fake weed,” Spice,” and “K2,” are man-made chemicals that are often sprayed onto plant material and sold as “not for human consumption.” These products are often seen as an “improved” version of plant-based marijuana with higher and more potent concentrations of THC (tetrahydrocannabinol), the active mind-altering ingredient in marijuana.

Both marijuana and synthetic marijuana activate cannabinoid receptors in the brain to act as hallucinogens and pleasure-enhancers. Synthetic cannabinoids just do this more effectively, making these products potentially more dangerous and more addictive. Both substances will have similar withdrawal symptoms when use is stopped.

Side effects of marijuana withdrawal include:

These symptoms can all be managed with supportive care, often with the help of pharmacological tools as well. Stopping marijuana or synthetic cannabinoids will not drastically impact the central nervous system or lead to life-threatening physical complications; therefore, these substances can be safely stopped suddenly without tapering off them slowly.

Cravings and emotional symptoms of withdrawal can be significant, however, and medical detox can provide a supportive environment, professional mental healthcare, and encouragement to prevent relapse and allow clients to learn to control cravings. Behavioral therapies work to address the psychological ramifications of addiction and symptoms of marijuana withdrawal.

Dopamine levels in the brain are impacted, as high amounts flood the system and create these mood alterations. The crash that follows the high can be just as intense, leaving people feeling lethargic, fatigued, depressed, and anxious. It can also disrupt concentration and focusing abilities.

Drugs like cocaine are often taken in a binge pattern in order to prolong the positive effects and avoid the negative ones when the drug then wears off. This can cause the brain to expect and count on the drug to keep dopamine levels high in the brain. If the drug is stopped suddenly, dopamine levels can drop dramatically, creating intense withdrawal symptoms. Per NIDA, these symptoms can include:

The Substance Abuse and Mental Health Services Administration (SAMHSA) warns that particularly significant psychological withdrawal symptoms can occur during stimulant withdrawal as well. These include:

Since stimulant drugs do not have as many physical withdrawal symptoms, they are still considered able to be stopped cold turkey, although medications are often beneficial to manage specific symptoms of withdrawal and to help with cravings.

Supportive care is also important during stimulant detox to ensure individuals remain safe and do not present a danger to themselves or others. While stimulants can be stopped suddenly, detox should still be performed in a specialized facility that can provide around-the-clock care and supervision.

While these drugs may not have intense and life-threatening physical consequences when they are stopped cold turkey, a professional detox program is still typically considered the optimal environment in which to process these toxins out of the body. Detox is the manner of purging toxins from the body, and it can be performed in a stable and structured environment in the form of a formal detox, or medical detox, program. These programs staff highly trained professionals who are available around the clock to manage any potential mental health or medical complications that may arise.

A detox facility can also provide a high level of supportive care and encouragement to help individuals manage the cravings they will likely encounter during withdrawal. Essentially, medical detox can offer a calm, quiet, and serene environment that is conducive to healing while the brain works to reset itself without drugs. Treatment providers are on site, helping individuals learn how to recognize and manage potential triggers for relapse, and to work through cravings and psychological withdrawal symptoms.

Depression, anxiety, irritability, restlessness, and insomnia are typical withdrawal symptoms for many different kinds of drugs. In medical detox, treatment providers may use medications and pharmacological tools in conjunction with supportive care to ease withdrawal symptoms. Cravings and emotional disturbances may be common after stopping use of any drug with psychoactive properties, and they can be attended to during detox in a specialized facility.

Treatment providers can help clients to restore physical health by establishing a healthy diet plan to replenish nutrients that may have been depleted through chronic drug use and unhealthy eating habits, which are often perpetuated due to addiction. Emotional support is also offered via counseling and therapy sessions as well as through support group meetings.

Detox is not a standalone treatment for addiction. Instead, it should be considered one part of a comprehensive treatment program. In general, detox typically lasts 3-7 days on average, and clients enter into a treatment program directly following detox. Continued supportive care and specialized treatment can help to minimize relapse and build on the stable foundation created during detox.