Information on Hydrocodone Use and Abuse

Hydrocodone is a prescription pain medication that is similar in chemical structure to oxycodone. It is used to treat moderate to severe pain. This prescription painkiller can either be prescribed as pure hydrocodone, or in combination with other medications like acetaminophen. Brand names for hydrocodone-based medications include Vicodin, Lortab, Norco, and Anexsia.

Hydrocodone has a similar potency to oral morphine, as it is derived from the same chemical compounds. However, hydrocodone also has antitussive properties, which help in treating serious flu symptoms, chronic coughs, or side effects from strep throat, pneumonia, or tuberculosis.

Hydrocodone is very effective at treating pain, which means it is widely prescribed after surgery or major physical injury. It is not often prescribed for long-term use, and people who use hydrocodone for a long period of time are more likely to develop an addiction to or tolerance for this medication. It is important for these individuals to speak with their doctor if they have taken hydrocodone products for more than a few weeks, because withdrawal symptoms are more likely to occur if they stop taking the drug. A doctor can help to reduce the dose safely and monitor the individual for addiction problems. 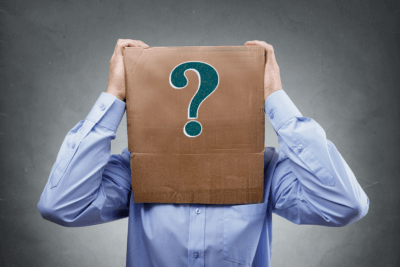 There are many environmental, genetic, and psychological factors that can fuel addiction or substance abuse. While individuals who have been prescribed hydrocodone are at a greater risk of becoming addicted to or tolerant of this medication, these individuals may have a predilection to becoming addicted to substances in general. The euphoric pain relief induced by hydrocodone can be very habit-forming, especially for individuals who are under environmental or psychological stress.

It is difficult to tell who will become addicted to hydrocodone, so it is important for doctors to carefully monitor patients after they have been prescribed painkillers. It is also important for individuals who have received short-term prescriptions for hydrocodone to discuss their concerns about addiction with their doctor. Unfortunately, addictive behaviors may not be immediately apparent to the person suffering from the addiction. Easy access to Vicodin in particular has fueled an increase in addiction to hydrocodone.

Individuals who have mental health issues, or a history of personal trauma, are more likely to become addicted to various substances, including prescription pain medications like hydrocodone. These individuals are at higher risk of attempting to self-medicate psychological pain. In addition, some serious psychological conditions, like schizophrenia, bipolar disorder, and antisocial personality disorder, are more likely to cause individuals to suffer from substance abuse or addiction.

Individuals who struggle with hydrocodone addiction may begin doctor shopping, meaning they turn to multiple doctors for multiple prescriptions. They may fake pain in emergency rooms to receive another prescription, or they may steal medication from a friend or family member who has a legitimate hydrocodone prescription.

Prescription Use to Abuse 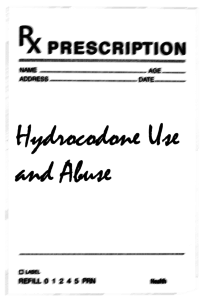 Individuals who receive a one-time hydrocodone prescription, and who have risks for substance abuse problems, are at a greater risk of developing an addiction to this powerful opioid painkiller. It is very difficult to know exactly who will become addicted to hydrocodone, which was a large part of the reason the DEA changed the drug to Schedule II.

Hydrocodone is typically prescribed to treat temporary pain, such as post-surgery pain or pain from an injury like a broken bone or back injury. The purpose of prescribing hydrocodone in this way is to temporarily relieve pain so people can feel better while their injury or surgical site heals. Patients should taper their dose in a few days, or at most a few weeks, with a doctor’s supervision.

Unfortunately, exposure to a medication like hydrocodone that can induce a euphoric, pain-free feeling can cause some people to develop an addiction.

Because painkillers like hydrocodone are prescribed readily for temporary relief of serious pain, many people are exposed to this medication, and that means many people with substance abuse problems can become addicted to hydrocodone. Prescriptions are the leading cause of opioid addiction, and this wide availability has even led to a surge in heroin addiction as individuals are less able to get access to prescription painkillers.

Recreational Use of Hydrocodone

Most people who struggle with hydrocodone addiction initially become exposed to the drug through a prescription from their doctor. However, a significant number of individuals become addicted to hydrocodone because of recreational use.

According to the National Institute of Drug Abuse, one in nine young people between the ages of 12 and 25 used hydrocodone or other prescription painkillers for recreational purposes each year.

NIDA also found that prescription painkillers, such as hydrocodone, are the second-most abused recreational drugs among high school seniors, after marijuana.

Because hydrocodone is widely prescribed, people who begin to use this drug recreationally often steal pills from family or friends. Not everyone who uses prescription pain medication will become addicted, but many will. Using this drug for pleasure is more likely to lead to abuse, addiction, tolerance, and overdose; therefore, the term recreational use is not accurate. It is not possible to use an addictive substance for fun without risk.

Symptoms of hydrocodone addiction include:

For people concerned that they may be addicted to hydrocodone, it is important to speak to a doctor about symptoms. Medical professions can taper doses and help ease withdrawal symptoms in a safe manner to lower the likelihood of relapse.

Overdose Symptoms and Concerns with Hydrocodone 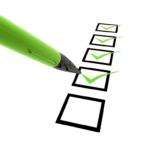 People who take a regular prescription pain medication such as hydrocodone can overdose on the medication by accident. However, individuals who suffer from an addiction to hydrocodone are at greater risk of taking too much of the drug to get the same “high” they are used to, or in an attempt to self-medicate a stressful situation.

Symptoms of hydrocodone overdose include:

It is important that individuals struggling with hydrocodone abuse or addiction get help before they suffer an overdose. Proper addiction treatment can help these individuals overcome their addiction with medical detox and therapeutic support. 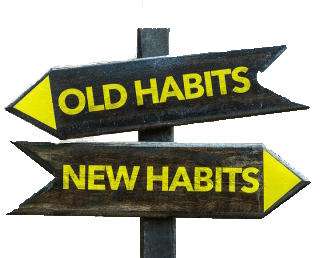 For many people who suffer from an addiction to hydrocodone, inpatient rehabilitation can be highly beneficial. Medical professionals can monitor clients during detox, and they may use medications to ease withdrawal and taper the person off hydrocodone. Psychological medications may be prescribed in small doses to ease anxiety, depression, or suicidal thoughts related to the detox process. Therapists will help clients discover the underlying causes of their addiction. With comprehensive care, clients can leave hydrocodone abuse in their past and move forward to a healthier, happier future.