Combining Opiates and Vivitrol: What Will Happen? 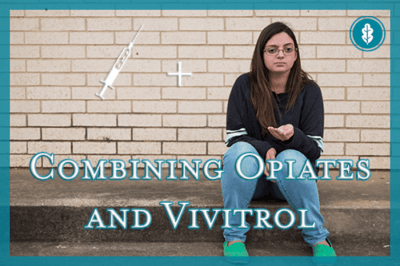 Naltrexone should not be confused with the drug naloxone, a drug that is often used to reverse the effects of overdose on opiate drugs like heroin. Naltrexone is an opiate antagonist drug that does counter some of the effects of opiates, but it is most often used to reduce cravings in individuals who are trying to remain abstinent from opiate drugs. While it may reduce cravings, its use does not guarantee one will maintain abstinence, nor is using the drug a substitute for becoming involved in a substance use disorder treatment program.

Naltrexone also comes in pill form, and it’s probably better recognized by the trade name ReVia. Vivitrol is the extended-release version of naltrexone and administered via injection.

Naltrexone has very little abuse potential, and using it will not lead to physical dependence. The drug is not listed as a controlled substance by the United States Drug Enforcement Administration, and it can be legally obtained with a prescription from a physician. While the use of naltrexone products can assist individuals in recovery from opiate use disorders, there are some significant risks associated with its use.

The use of naltrexone to assist in the treatment of opiate use disorders began in the 1980s. It has been formally approved by the Food and Drug Administration (FDA) for that use.

Naltrexone is often administered in pill form (ReVia), but empirical research evidence suggests that use of the pill form of the drug is often complicated by individuals not being compliant with using their medication. The use of Vivitrol may be more effective to assist in the treatment of opiate abuse and alcohol abuse because it is injectable and an extended-release version that does not require the person use it daily. However, it should be noted that a large review of the research regarding naltrexone’s utility in reducing cravings for opioids also suggested that it may be no more effective than a placebo.

The drug is not intended to be a standalone approach to the treatment of any substance use disorder. It should only be used in combination with a formal substance use disorder therapy program that includes an initial physician-assisted withdrawal management program (medical detox), therapy, and the implementation of a long-term aftercare program.

Risks Associated with Using Vivitrol and Opiate Drugs in Combination

According to the FDA, while Vivitrol is generally well tolerated in individuals, it should never be used by someone who is actively taking an opiate drug as this practice can significantly increase the potential that someone will suffer an opiate overdose.

Opiate overdose is an extremely serious issue and can lead to significant organ or brain damage, and coma. It can even be fatal. Any person using any form of naltrexone including Vivitrol should not take opiate medications unless they have been prescribed by their physician and are closely monitored by that physician.

There are additional issues that can occur in individuals who use Vivitrol in conjunction with opiate drugs:

Other potential side effects of naltrexone products include:

Pregnant women should not use naltrexone products.

Vivitrol may be useful in decreasing cravings for opiate drugs in individuals who are in recovery from opioid use disorders, but there are significant risks associated with using Vivitrol and other opiates. In addition, Vivitrol is not an opiate replacement medication like Suboxone or methadone, and using it will not reduce withdrawal symptoms associated with recovery from an opioid use disorder.

Vivitrol use for controlling cravings from opiate drugs should occur in conjunction with being involved in a formal substance use disorder recovery program. Using any form of naltrexone is only recommended under the supervision of a physician and only once the individual has been abstinent from opiate drugs for a sufficient length of time to allow them to be fully eliminated from their system.