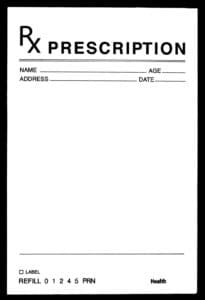 Vicodin is the most well-known name for the opioid pain medication hydrocodone, though Vicodin is a combination of hydrocodone and acetaminophen (commonly known by the brand name Tylenol). The United States Drug Enforcement Agency states that hydrocodone products are the most frequently prescribed opioid pain medications. The American Academy of Family Physicians agrees, reporting 135 million prescriptions written in 2012.

The DEA also states that hydrocodone is the opioid most related to drug abuse and diversion.

It is known on the streets by various slang names, such as vikes, hydro, and vikings. It can be found in tablet, liquid, and capsule form. Hydrocodone is labeled as a Schedule III drug, which the DEA describes as having a moderate to low risk of physical or psychological dependence.

Why Is Vicodin Used?

Vicodin is generally prescribed to individuals who experience moderate to moderately severe pain, because it has an analgesic effect similar to that of morphine. Long-term use, even if used as prescribed, can lead to dependence and addiction.

Vicodin works by attaching to opioid receptors in the brain, which reduces pain and can also cause multiple side effects, including:

Dependence occurs naturally when the body adapts to long-term use of Vicodin.

Essentially, the body grows accustomed to the presence of Vicodin and doesn’t know how to function “normally” without it.

Individuals who use Vicodin – even as prescribed – run the risk of developing a tolerance. This means that they will need to take more of the medication in order to achieve the same effect. This can be dangerous, as it can lead to an accidental overdose. As a result, those who take the medication legitimately should take to their physician if they feel it is no longer effective. Prescribing doctors may opt to switch patients to different pain-management medications if Vicodin is no longer effective. 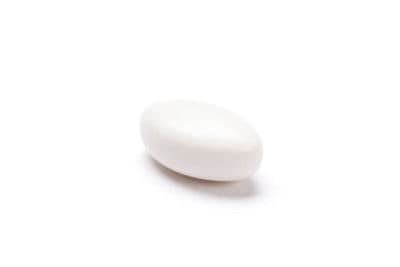 Abuse is, simply put, the use of Vicodin for non-medical reasons, or use of the drug outside of the prescription’s parameters. Often, individuals who have been prescribed the medication by a physician for acute pain may start by taking Vicodin as prescribed. As they use the medication over time, they begin to develop a tolerance. Rather than consulting a doctor, people may simply increase their dose, taking multiple pills at once or altering the medication so it takes effect more quickly, such as crushing the pills and snorting the resulting powder.

The 2014 National Survey on Drug Use and Health reports that 4.3 million Americans abused a prescription pain medication, illustrating that such abuse is common. Abuse then often leads to addiction. The National Institute on Drug Abuse defines addiction as a chronic disease that can cause drug-seeking behaviors. Individuals may “doctor shop,” meaning they will see multiple doctors to obtain
multiple prescriptions for Vicodin. They may steal Vicodin or money to purchase the drug from family
and friends. Some may even resort to theft by stealing Vicodin from a pharmacy.

The National Council on Alcoholism and Drug Dependence lists other signs of Vicodin abuse and addiction:

Although Vicodin can be used in many ways – orally, via injection, and snorting the drug – it is most commonly used orally in its pill form. Some individuals, however, crush the pills, and then snort the powder, or mix the powder with liquid before injecting the substance. If the drug is snorted or injected, effects occur more rapidly and are more intense.

The Substance Abuse and Mental Health Services Administration reports that in 2011, there were 82,480 emergency room visits related to hydrocodone.

If an overdose on Vicodin is suspected, individuals may exhibit the following signs:

In the event of an overdose, emergency services should be contacted immediately, so the individual may receive the proper care, and serious health complications can be avoided. Without proper medical care, Vicodin overdose can result in death.

The National Safety Council warns that the amount of Vicodin that can cause an overdose is small. A seemingly small increase in dose can result in overdose. Also, risk of overdose is heightened if a person has detoxed from the drug, or stopped taking it for any period of time.

Respiratory depression, or slowed breathing, is the most dangerous effect of Vicodin, especially if it is mixed with other depressants, such as alcohol.

If Vicodin is mixed with other substances, the effects of each substance are amplified, increasing the likelihood of an adverse reaction.