Identifying Signs of Suicide in Veterans & How to Help

Because of the difficult situations and experiences active-duty military members face, veterans can come home from war carrying a weight they didn’t go in with. Without the right help, that weight can seem like too much, leading some veterans to consider—or carry out—suicide.

As a veteran struggling with suicidal thoughts, or a loved one to a veteran who is exhibiting warning signs, know that there is help, and it’s brave of you to seek it out.

In this article you will learn:

Not all people who attempt or complete suicide will show any or all of the common warning signs of suicide. Some people may exhibit only one or two of the following signs, or their loved ones may miss the signs before the person attempted or completed suicide.

However, research has shown that most people who attempt or complete suicide do exhibit at least some of the more common warning signs, which include:1

Other things to be on the lookout for include:2

Why Are Veterans at a Higher Risk of Suicide? 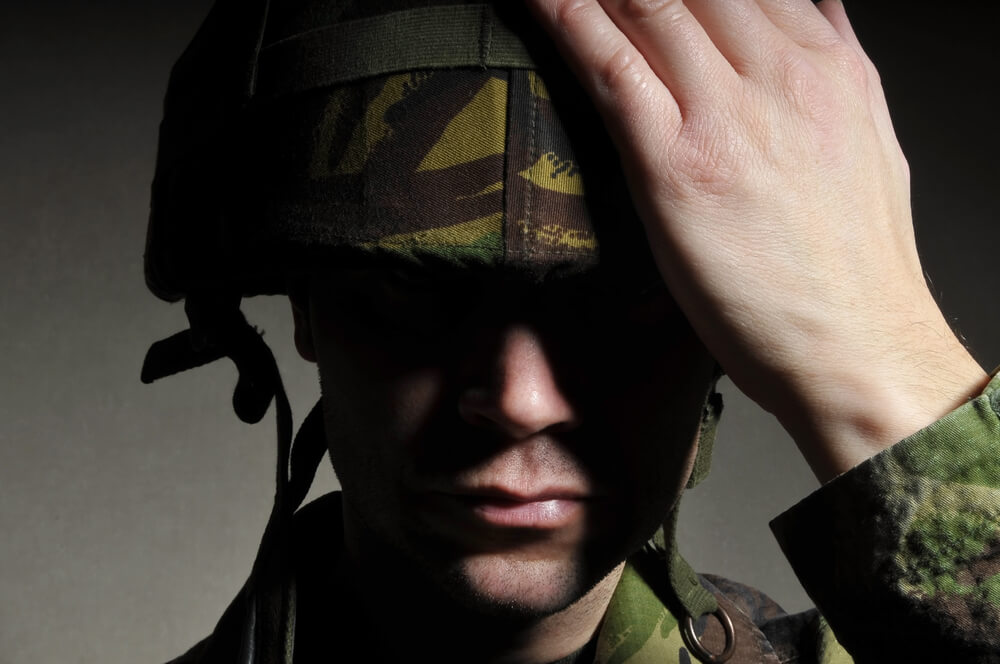 There are many theories on why military veterans are more likely to attempt suicide than the civilian population. Some of these theories include:2

Certain psychiatric disorders have been found in research studies to be associated with increased suicide risk among veterans. Bipolar disorder, for example, has been associated with an increased risk of suicide among military service veterans, especially if they are male.3

PTSD is a common occurrence among military service members and is often associated with substance abuse. In fact, 1 in 3 veterans seeking treatment for PTSD also has a substance use disorder.4

However, when PTSD goes untreated, especially if a veteran also has substance abuse issues, the veteran’s risk of suicide increases.5

Veterans who seek mental health intervention are less likely to commit suicide than veterans who do not seek treatment. This finding indicates that treatment may be able help you, no matter how hopeless or difficult your situation might feel right now. 6

Even without PTSD, a veteran who has a substance abuse issue is at greater risk for suicide in general, particularly if the veteran is female.7 Unfortunately, substance abuse in military veterans is an all-too-common issue. Veterans have a higher rate of diagnosed substance abuse disorders than the general population, in part due to the use of alcohol as a coping mechanism for the extreme stress of military life. 8 (Alcohol section)

There are programs available to assist you with treatment that is specific to the needs of military veterans. The VA offers a wide range of treatment programs that include programs that can address sexual trauma and other forms of trauma experienced by military personnel.

There are a few hotlines you can contact for help, including:

There are also a range of treatment options at VA facilities around the country, which offer:

Furthermore, in an effort to reach more military veterans, the VA is expanding telehealth services to rural and underserved areas.

In addition, there are private treatment centers that can offer treatment for military veterans.

Salute to Recovery entails treatment for addiction and other mental health disorders that is designed especially for military veterans. Many staff members are themselves veterans, which helps them understand where you are coming from.

Not only will you have staff who understand, but your fellow program participants will be veterans and first responders who can relate your experience and support you during and after your time in treatment.

If you or someone you love is struggling with addiction and are ready to start discussing treatment options, call us today at . There, a compassionate treatment navigator can help you create a plan to attend treatment at one of our rehab facilities across the United States. River Oaks, one of American Addiction Centers’ drug and alcohol rehab centers near Tampa, Florida, may be a good fit for you. Call us today to find out more.

Leah Walker is a licensed marriage and family therapist with a PhD in Family Relations. Walker has over 20 years of clinical experience working with children, adolescents, and adults, focusing on family relations, substance abuse, and trauma. Leah ... Read More

treatmentveteran
Prefer getting help via text?
We're available 24/7 via text message. Signup below for access to our team when its convenient for you!
and many more...
✕
Instantly Check Your Insurance Coverage
Your information is safe & secure
At River Oaks, we accept most types of private (non-government) insurance and offer a variety of payment options.
You can quickly and privately check your insurance benefits to see if you're covered for addiction treatment services. We’ll be able to tell you if your provider is in network with River Oaks Treatment Center and all American Addiction Centers locations.
This means your treatment may be FREE1 depending on your policy, copay, and deductible.
Get the Info & Help You Need