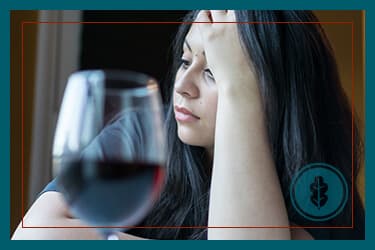 Alcohol use is prevalent in the United States. The National Institute on Alcohol Abuse and Alcoholism found that 86.4 percent of individuals 18 and older drank at some point in their lives, and 56 percent did so in the month preceding the 2015 study. Alcohol use disorder (AUD) affects 15.1 million adults, and about 623,000 people between the ages of 12 and 17.

When a person suffers from alcohol use disorder, they will develop withdrawal symptoms when they stop drinking alcohol. In fact, many regular drinkers believe that cessation causes more problems than continuing to drink, according to Industrial Psychiatry Journal.

Alcohol intoxication results in different symptoms, depending on the specific blood-alcohol level and tolerance. At low concentrations, mood and personality change, and there can be declines in muscular coordination and increases in motor activity. Higher blood alcohol content (BAC) can cause slurred speech and impairment of various cognitive functions. At extremely high levels, nausea and vomiting may occur, and individuals can develop low body temperature and lose consciousness. At high enough concentrations, alcohol can lead to failure of the cardiovascular, respiratory, and body temperature control systems.

Withdrawal, however, presents with a completely different set of symptoms. Beginning 6-24 hours after one’s last drink, withdrawal symptoms may include:

The severity levels of withdrawal vary, per a publication by the Substance Abuse and Mental Health Services Administration. With mild alcohol withdrawal, an individual’s symptoms may be limited to anxiety, irritability, insomnia, and limited appetite. Severe withdrawal involves more intense symptoms, such as trembling hands and arms, excessive sweating, a high pulse, and elevated blood pressure. A fever over 101 degrees Fahrenheit and brief visual and auditory hallucinations are possible.

The risk of seizures is higher in people who have been drinking for over two decades, have poor general health and nutrition, have had head injuries, or have calcium, sodium, magnesium, or potassium disturbances. Most people who undergo alcohol withdrawal don’t experience seizures, but seizures constitute a life-threatening emergency. Even if withdrawal is suspected as the reason for the seizures, medical professionals will recommend neurological evaluation to determine the exact cause

Delirium tremens, the most severe form of alcohol withdrawal, occurs in 3-5 percent of individuals. It involves coarse tremors, fever, agitation, confusion, tachycardia, and hallucinations that last 48-72 hours after one stops drinking. The condition can lead to ketoacidosis, high fever, and circulatory collapse.

The exact course of withdrawal symptoms plays out differently from one person to another. A person may exhibit just some of the symptoms and improve slowly or rather quickly. Severity depends on the level of alcohol consumption, age, overall health, and potential co-occurring physical and psychiatric conditions.

Can Alcohol Withdrawal Be Done at Home?

No, due to the potential for life-threatening withdrawal symptoms, professional assistance is needed during alcohol detox. Medical professionals can manage dehydration, delirium, and seizures. Due to the discomfort of withdrawal, relapse is likely if a person doesn’t have continual support available. In medical detox, clients won’t have access to alcohol and symptoms can be managed with medications and other therapies. As a result, completion of withdrawal is much more likely.

According to the Centers for Disease Control and Prevention, one in 10 deaths among people ages 20-64 is due to excessive drinking and its effects. Those in withdrawal from alcohol require medical observation. 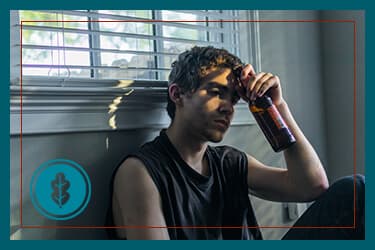 While not everyone will need to be medicated, observation by a medical practitioner will determine if and when medication is needed. Staff members will also ensure that medication dosage levels are correct, and there are no contradictions between medications. Benzodiazepines medications can prevent and treat seizures and reduce severe cases of delirium tremens. Chlordiazepoxide and diazepam are commonly used. In addition, other medications may be used on an as-needed basis to address specific symptoms of withdrawal.

In addition, staff members at a medical detox facility offer support and encouragement around the clock, and in some instances, therapy begins during detox. Since withdrawal is just the first phase of recovery, and it must be followed by comprehensive therapy, it is helpful to begin this transition as soon as possible. Those who take a break after detox before beginning therapy are likely to relapse.

SAMHSA’s Medication for the Treatment of Alcohol Use Disorder Pocket Guide describes the most common medications used to prevent relapse to alcohol use disorder.

A June 2008 article in the American Journal of Health-System Pharmacy reviewed the use of carbamazepine to treat alcohol withdrawal on an outpatient basis. Often used to treat seizures, this medicine works similarly to benzodiazepines, but it can cause vertigo, nausea, and vomiting, so it is not a frontline treatment. Gabapentin and nitrous oxide were also studied, but they were not found to be particularly useful in treating alcohol withdrawal.

The Importance of Medical Care

With professional treatment, alcohol withdrawal can be effectively completed, and the person can continue into comprehensive treatment that can enable long-term recovery. As stated, medical detox is always needed for alcohol withdrawal to ensure safety