On November 8th, Florida voted to pass Amendment 2, a measure that would legalize medical marijuana across the state. In response, medical and marijuana industry professionals are working to set up the structure that will define the path forward with these new laws.

To that end, CannaCure Florida is offering a medical cannabis education conference at The Cuban Club in Ybor City to educate those who are interested on how best to provide this service to patients, how to access these services and why for potential patients, and how to follow state law along the way for all involved. Held from November 18th through November 20th, those who cannot attend in person can follow along or catch up with the conversation by following #CannaConferenceTampa on social media. 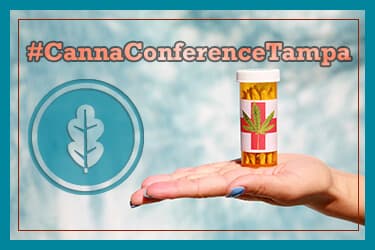 Angela Ardolino is a parenting and family expert in Florida and a supporter of the medical marijuana legislation. Says Ardolino: “Now that we have the legislation in place to provide for the use of medical cannabis, educating physicians, patients and their caregivers about it is the next big step toward providing relief, and even recovery, to many patients.”

Many in Florida are happy to see that marijuana has been legalized in the state for medical use. The hope is that the drug will be useful in helping people, young and old, with chronic and debilitating medical conditions, such as:

Though there is little specific evidence that supports dosing schedules for manageable treatment for these disorders using marijuana, the hope is that with legalization will come some funds to explore through research the ways in which the drug can be useful for people who are in pain.

In Florida, there is a large number of people who do not feel that legalization of marijuana for any purpose is a good idea for a state that is already struggling with a range of drug-related problems. They stress a number of concerns that are viable issues that the medical community, marijuana industry, government agencies, and local communities will have to work out in the very near future. For example, Florida will need to determine how to handle:

How do you think Florida with change with the passing of Amendment 2?