As the election comes closer and closer, the debate over whether or not medical marijuana laws should be expanded in the state of Florida continues to heat up. Currently, marijuana is available medically to patients in Florida on a very limited basis, and many are saying that those laws should loosen up considerably. They say that an expansion of these laws could not only benefit patients but Florida business owners as well.

Others say that the laws are already too liberal or just fine the way they are, and that an expansion of current medical marijuana law in Florida is just a step closer to legalized recreational marijuana, a proposition that many state residents are deeply against. 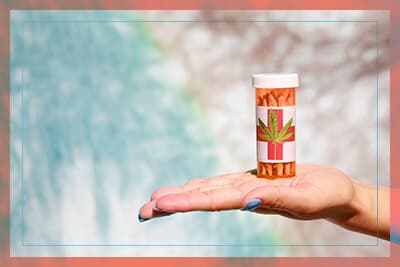 Where do you stand on the legalization of marijuana in Florida?

When it comes to medical marijuana, Florida legalized the drug for use among patients who are struggling with serious and chronic medical ailments, according to the Compassionate Medical Cannabis Act of 2014. The details of this law stipulates that:

Five nurseries in five regions across the state are registered to produce the drug legally. Beyond that, no use, production, or distribution of marijuana is allowed in the state of Florida.

Many believe that current marijuana laws should allow for prescription on a more generalized basis (for example, in the treatment of non-life-threatening disorders) and be made more readily available to consumers. Some believe that the medical benefits are great, touting a “natural” treatment where synthetic medications are currently the standard of care, while others point out that open use of a mind-altering drug is hardly a medical treatment. They say that being given a medical marijuana card with open access to use the drug on an as-needed basis with no standardization in place for how the plants are produced or ingested hardly constitutes a “medical” treatment.

But many support the idea that increasing the use of the popular drug will create jobs, new businesses, and potentially boost the economy in Florida. They cite the booming industry of marijuana production and distribution in states where the drug is currently legal with fewer parameters and point out how every step of the industry is taxed and pulled into the budget to directly support school systems and other public funding needs in those states. They list all the areas of the Florida budget that are lacking and suggest that altering marijuana law would be a boon to businesses and thus would provide direct financial support for demonstrated state need, improving the quality of life of all involved.

What they do not talk about is how expansion of marijuana industry would imply expansion of marijuana use. They do not talk about all the issues that can occur due a state’s increased use of a substance that alters a user’s cognitive function, motivation levels, and ability to function on a basic level – or how those issues will impact the state budget.

Other states that have legalized marijuana more liberally have found increased expenses that include:

Should marijuana laws be expanded in Florida? Should they remain the same? If you think they should be changed, how would you address the issues that may arise as a result?