In Boynton Beach, Florida, one man learned the hard way that drugs and kids should never mix when he was arrested on charges of possessing and potentially selling marijuana, heroin, and cocaine, and three counts of child neglect when he was reportedly found to have three kids in the backseat.

When officers searched the vehicle, they found 70 bags of cocaine, heroin, and marijuana. In the man’s pocket, they found more than $4,200 in cash. 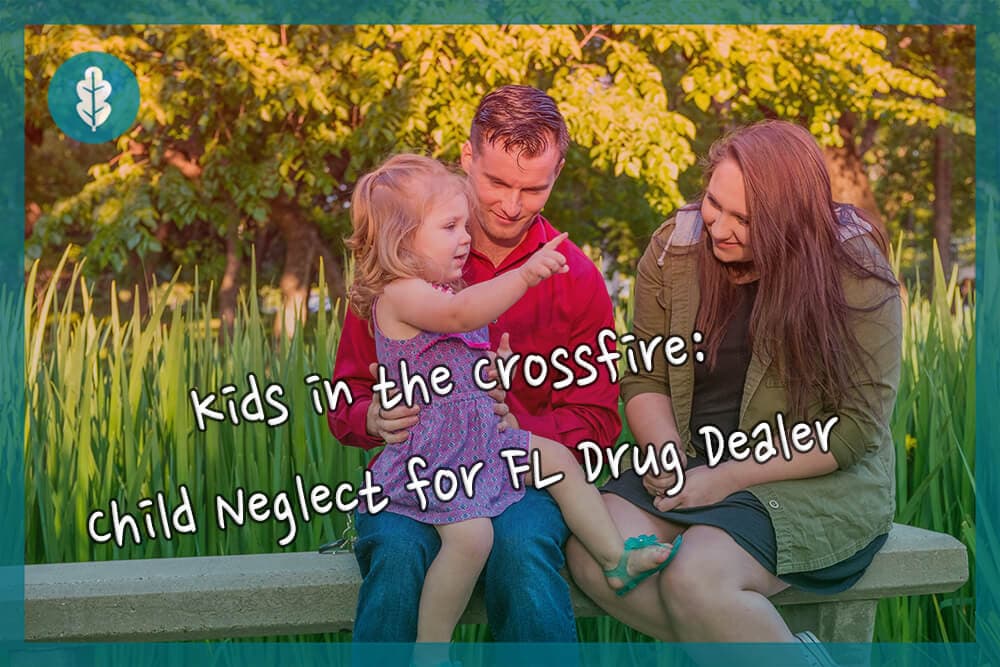 Unfortunately, the kids not only had to witness the man being arrested but also saw police break a window in an attempt to unlock the car when the man refused to get out of the car upon the officers’ request, according to reports. The windows were heavily tinted, and police did not know there were people in the backseat at the time. There are no reports that anyone in the car was injured during this process. However, exposure to a potentially deadly situation could have ended tragically for these kids and/or exposed them to life-altering trauma.

The police report also cited the arrest of another man who was in the car, a self-described heroin user who vowed that he did not sell drugs. The children’s ages were noted as 1, 2, and 5 in the report, and a woman whose name was redacted was also in the vehicle at the time. She was not arrested.

According to police, when the two men were locked up in separate cells at the Boynton Beach Police Department, the man who was arrested for selling as well as possessing drugs told the other man from under his cell door: “I should have punched it and ran, but they were on us too fast.”

In recovery, the statement made by the man to his companion falls under the “shoulda, coulda, woulda” category. That is, it is one of those things that cannot be changed and that, ultimately, is not the real lesson that needs to be learned. Had he fled the scene, it is unlikely that he would have evaded arrest for long, and it would have only compounded his problems.

In recovery, it can be tempting to try to figure out what you could have done differently to avoid the consequences of drug use and abuse, but the truth is that the problem was not the consequence but the underlying disorder of addiction. The way to fix it? Treatment.

It is unknown who the parents of the children in the car were or why the kids were in the vehicle at the time of the man’s arrest, but it is clear that this is likely a case of “blurry vision” that is often characteristic of drug use and abuse.

That is, when the sole focus is on getting more drugs, selling drugs, and staying high, little else comes into play when decisions are made. The safety of others and even person safety and freedom do not bear weight in the decision-making process. Rather, impulse control and the “need” to get more money and more drugs overrides everything.

Additionally, that blurry vision often means that the individual does not even see the risk factors that are present. While a sober person might think things out logically and assess the likelihood of getting arrested for selling drugs in a public place, or consider that kids should be far from all drugs and especially all drug deals, someone who has long been living in a world that is ruled by drugs and drug use may not even notice that these risks are present.

Like the “shoulda, coulda, woulda” issue, blurry vision clears up in recovery. Through comprehensive treatment, long-term aftercare, and a strong support system that keeps you grounded and focused on the present, you begin to make little positive decisions that lead to big positive decisions and a chance at living a life that has fewer negative consequences – not just for yourself but for the people in your life as well.

Are you ready to start thinking clearly and making choices that will help you find peace and balance in your life? If substance use and abuse are playing a role in your decision-making, today is the day to find out more about your options in addiction treatment and recovery.